Pyrrhosoma elisabethae (Greek Red Damsel) is an extremely rare and critically endangered species endemic to the southern Balkans, with only about ten known locations left in southern Albania and Greece. Little is known about its habitat preferences but most populations are found on clear, richly vegetated streams. Greek Red Damsel looks very similar to the common and widespread relative Large Red Damsel (Pyrrhosoma nymphula). Males differ mainly in appendages: the lower appendages are about the same length as the upper ones (and way shorter in Large Red Damsels). In females, the main difference is in the pronotum: Greek Red Damsel females have a conspicuous fold in the hind margin of the pronotum that’s absent in Large Red Damsels. 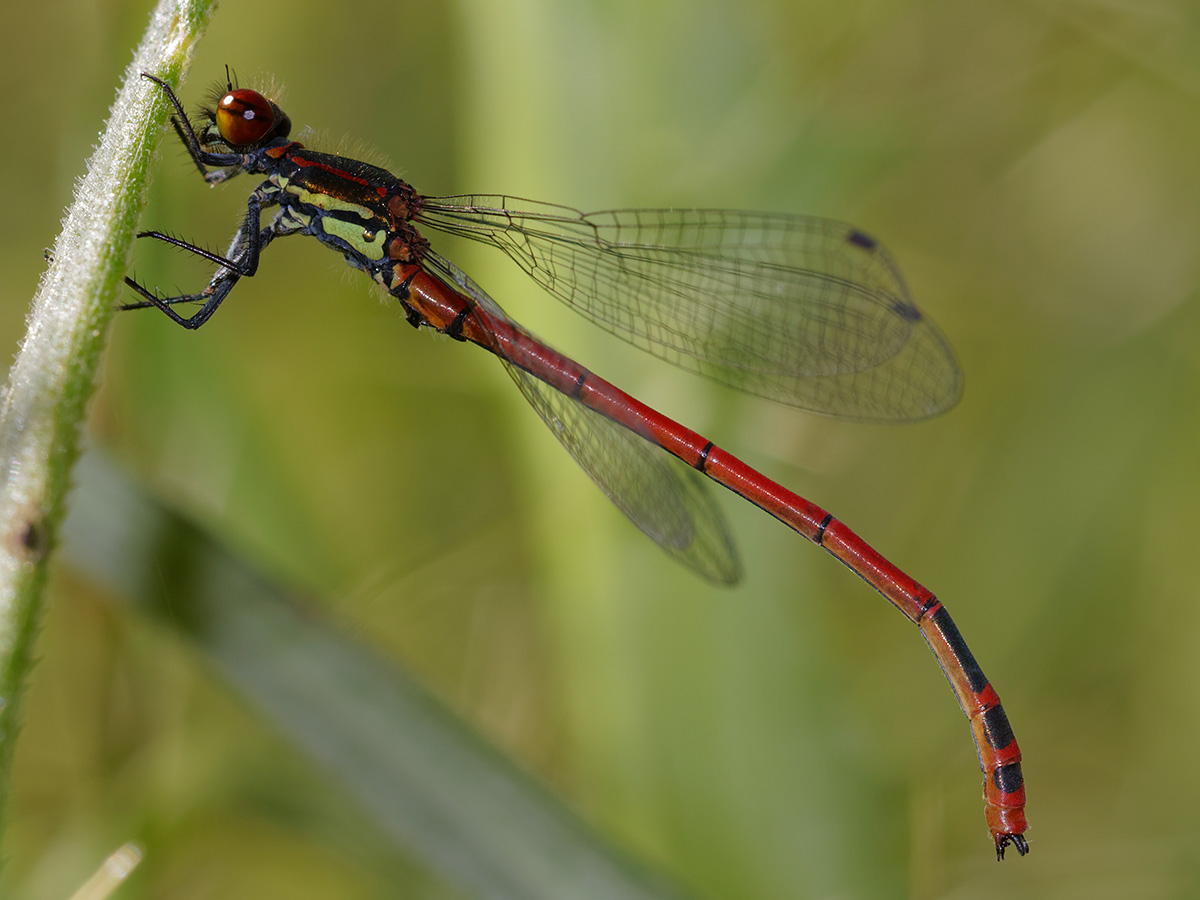 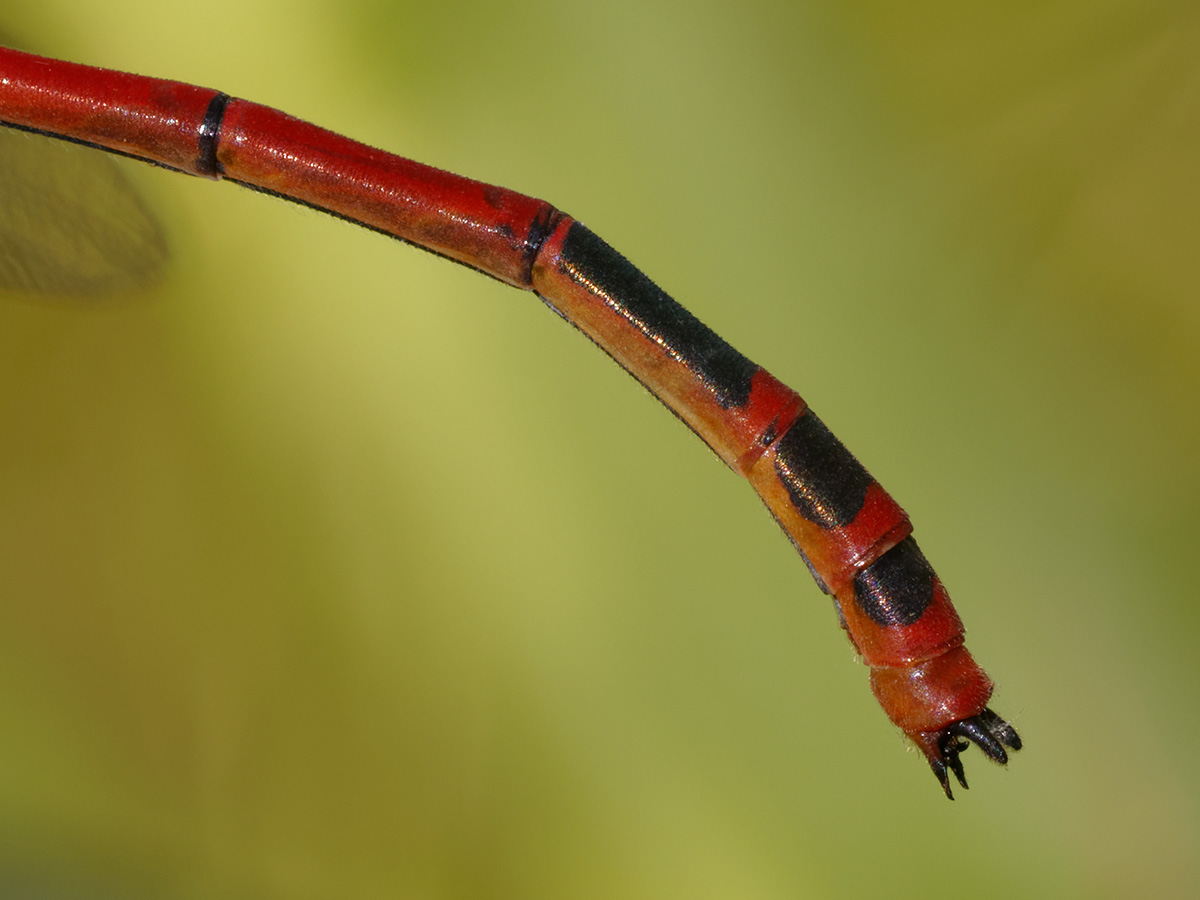 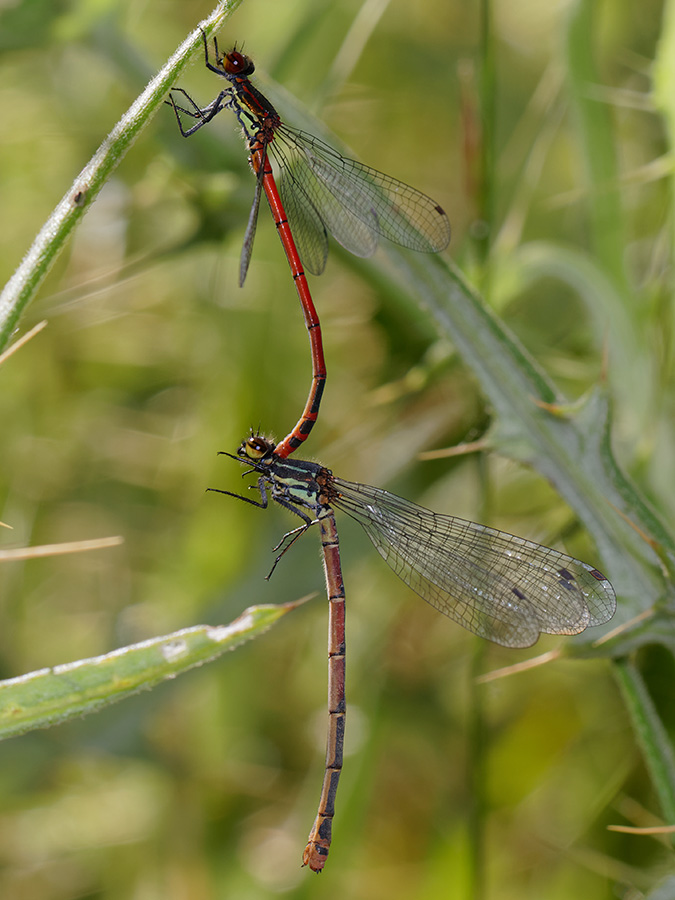 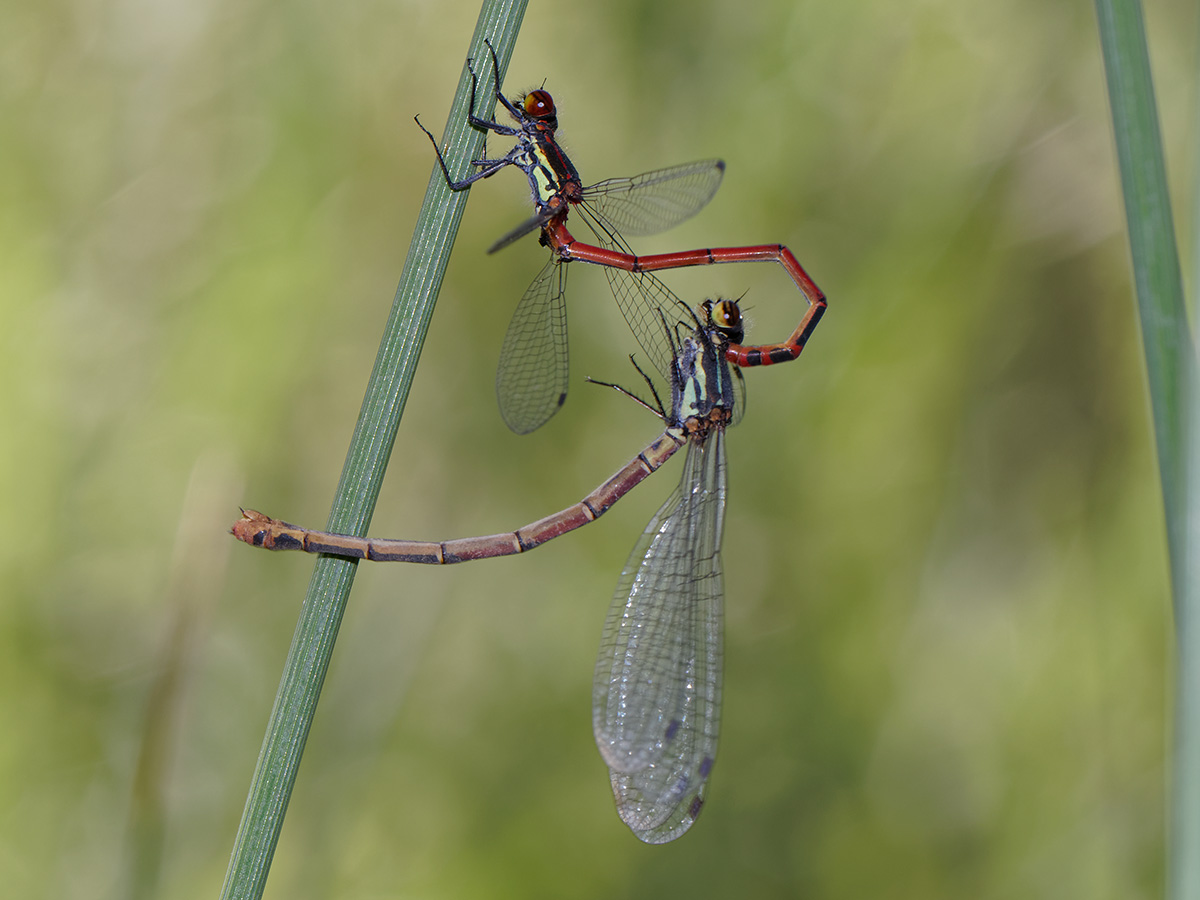 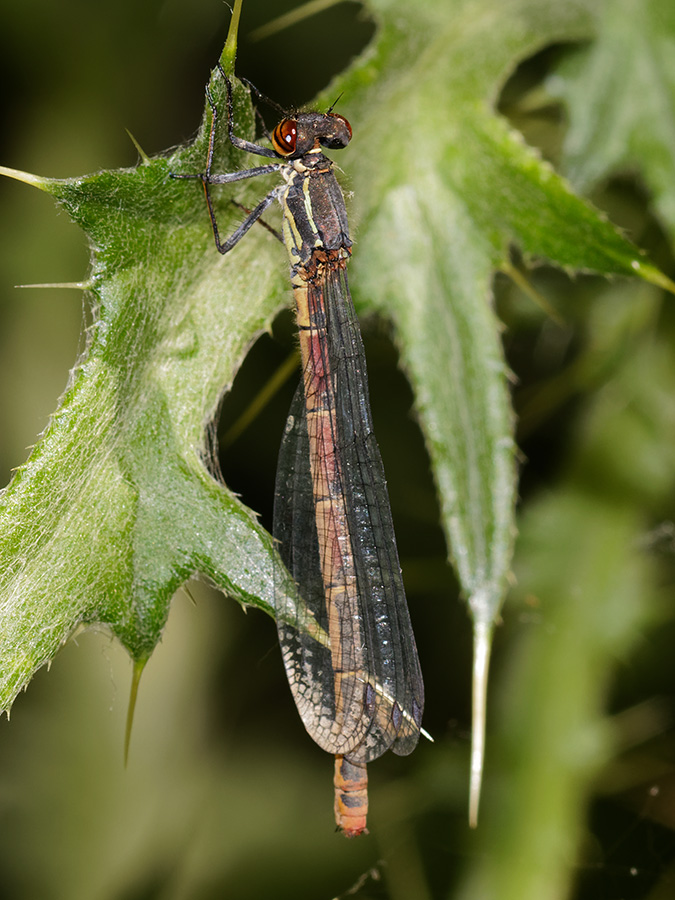 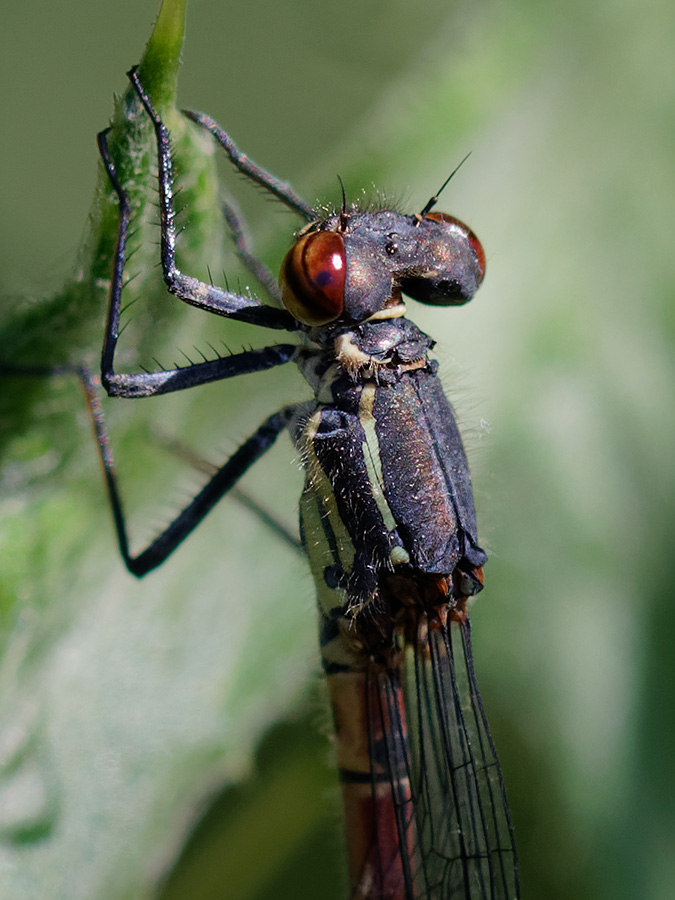 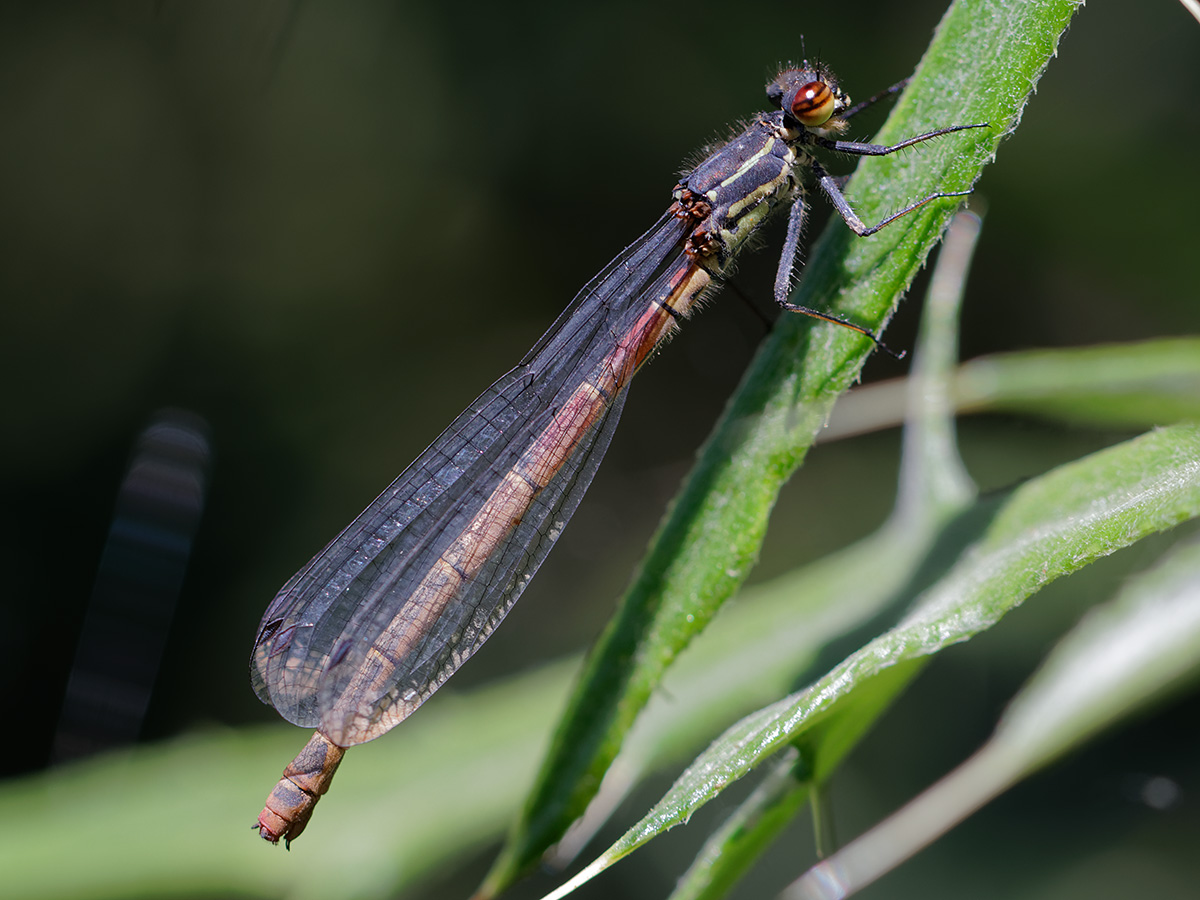