Mostly medium sized to large dragonflies with widely separated compound eyes, which distinguishes them from all other families except Petaluridae (not found in Europe). The vernacular name ‘clubtail’ refers to the typical clublike abdominal shape of (mainly) male Gomphids: narrow at the base, widest near the tip. Males of some species have spectacularly large claspers for terminal appendages. 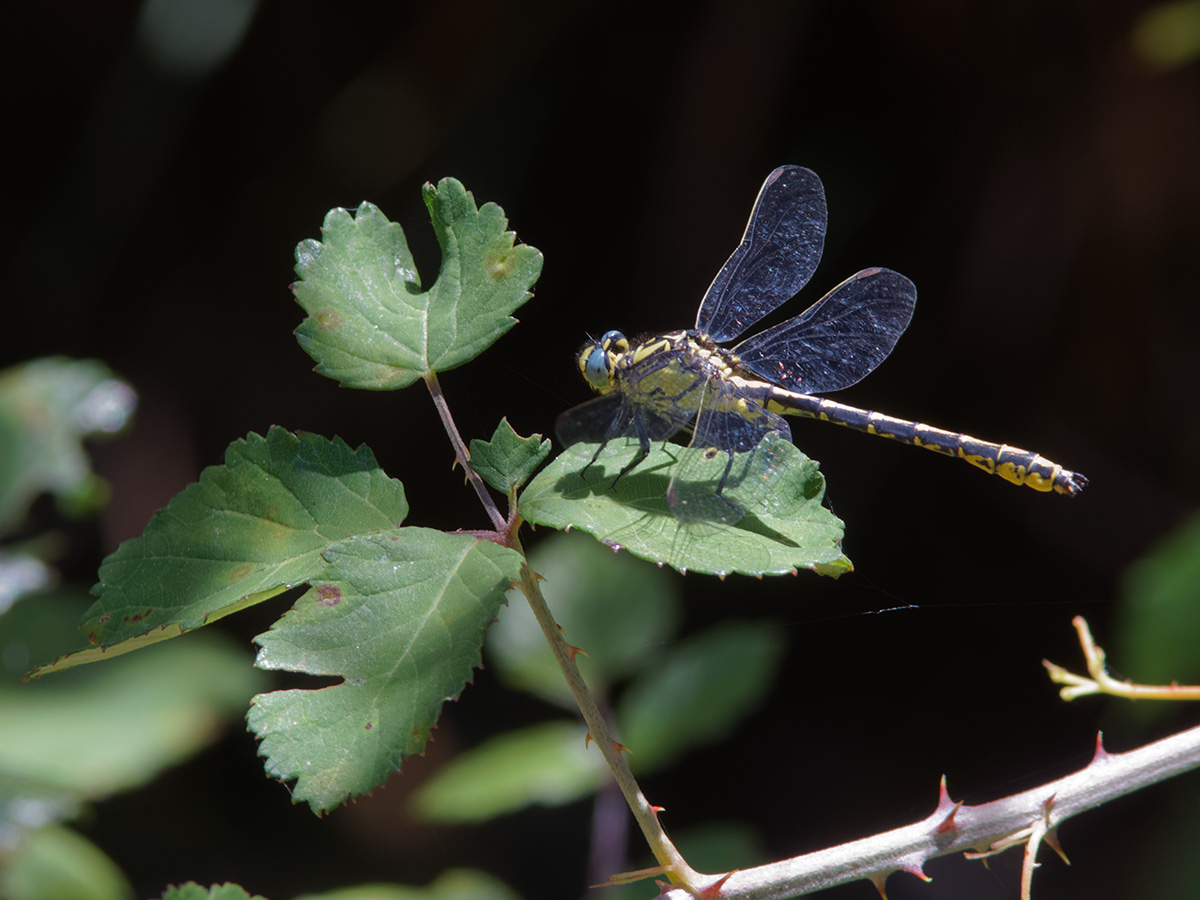 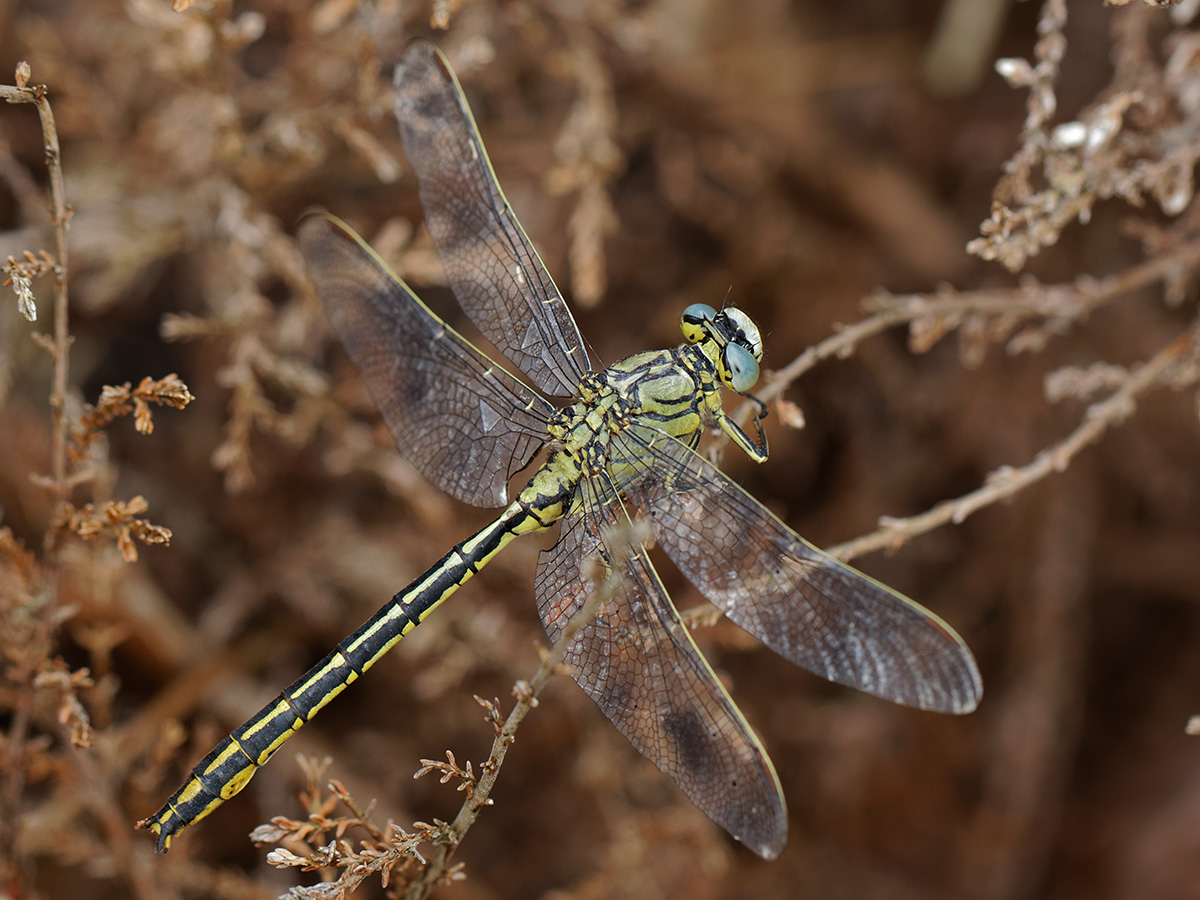 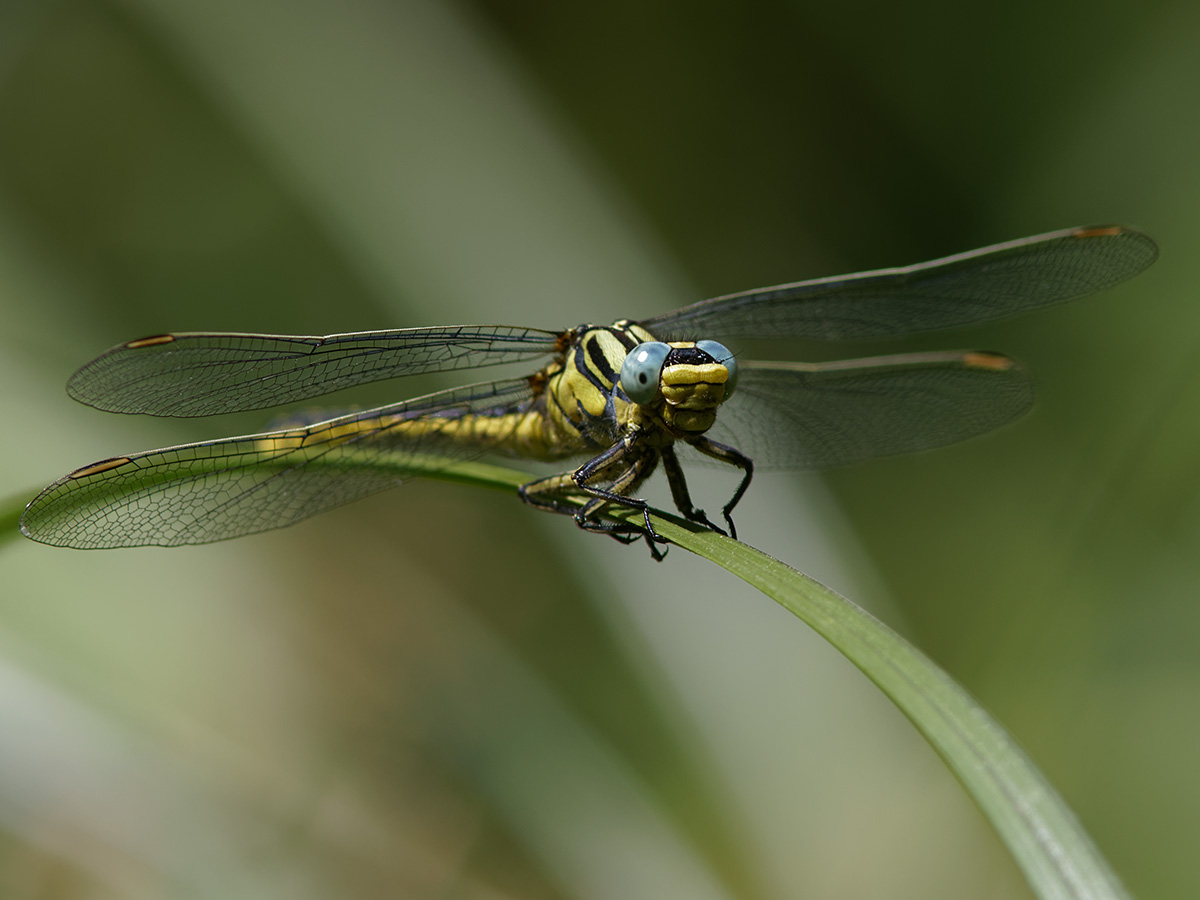 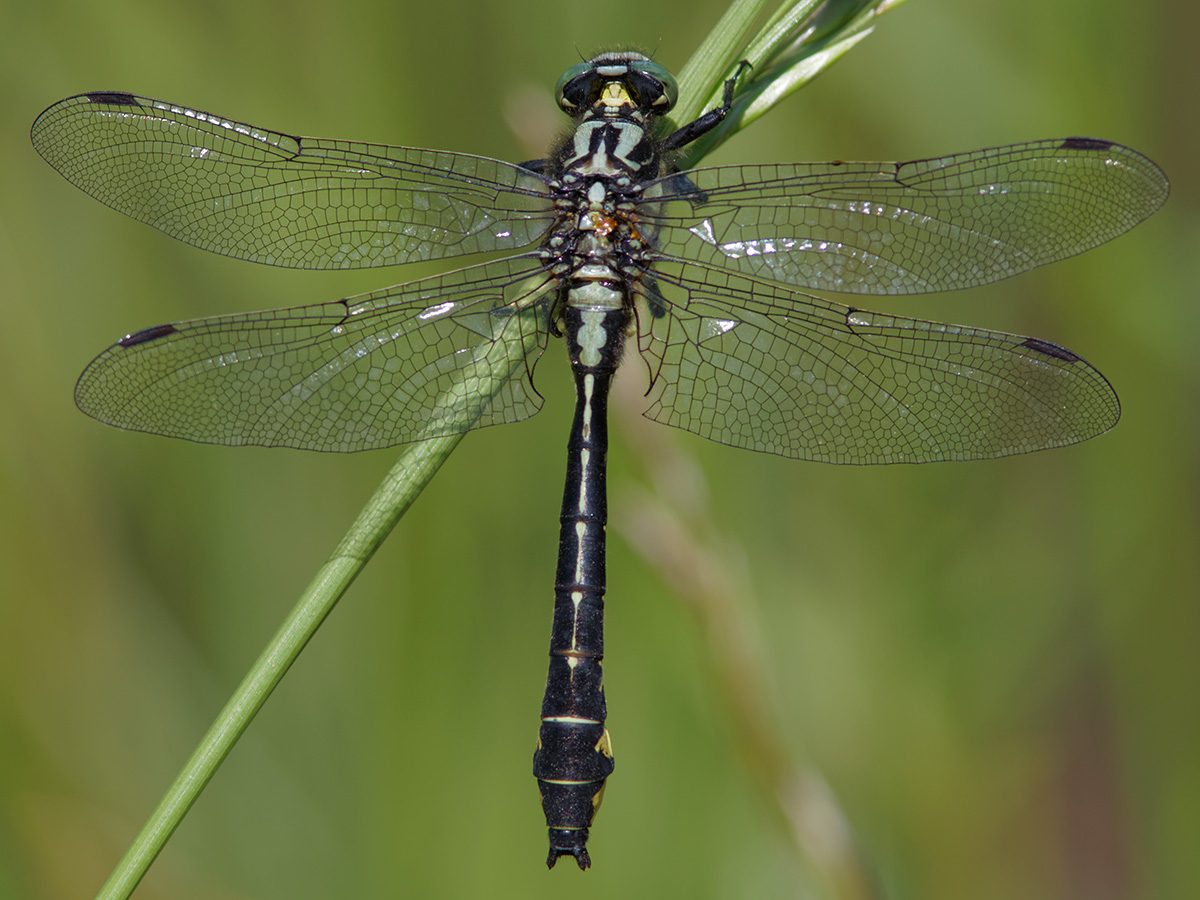 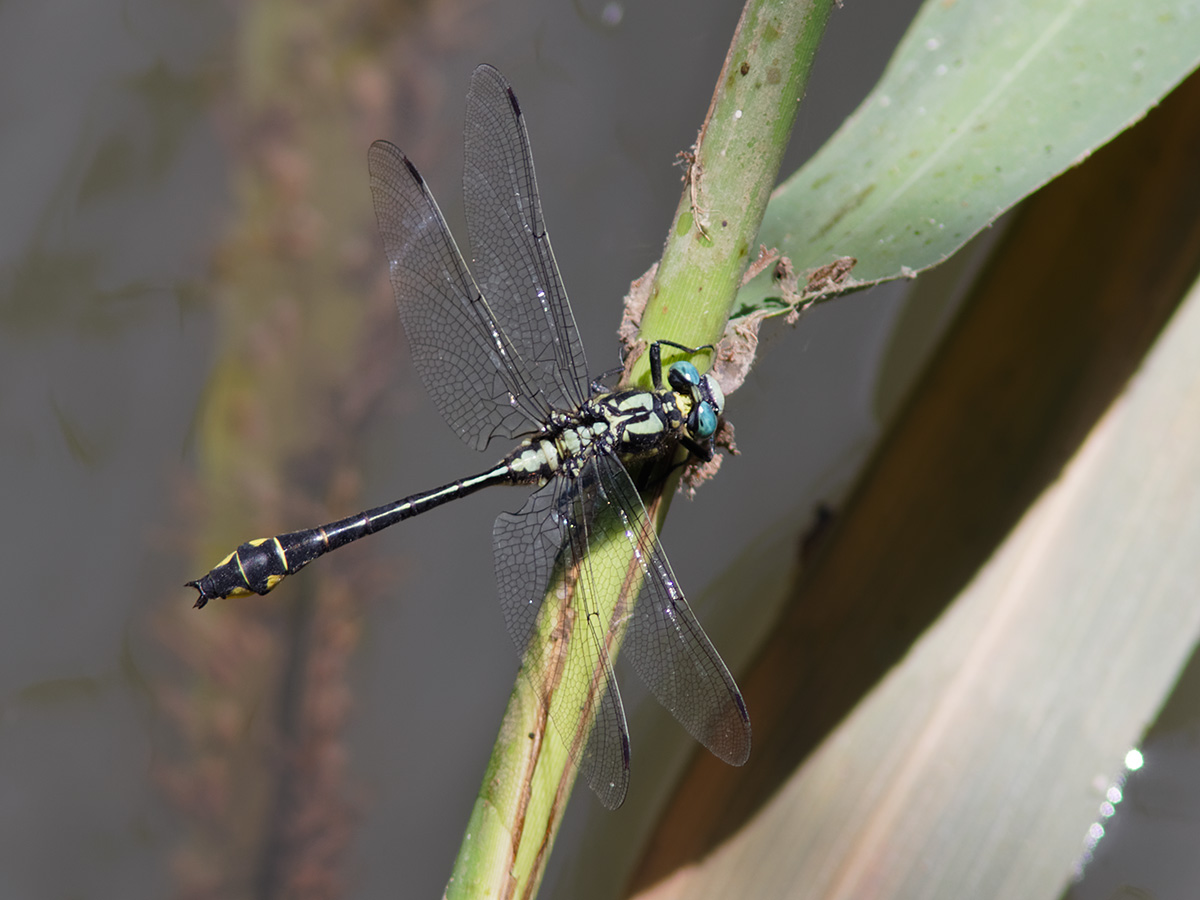 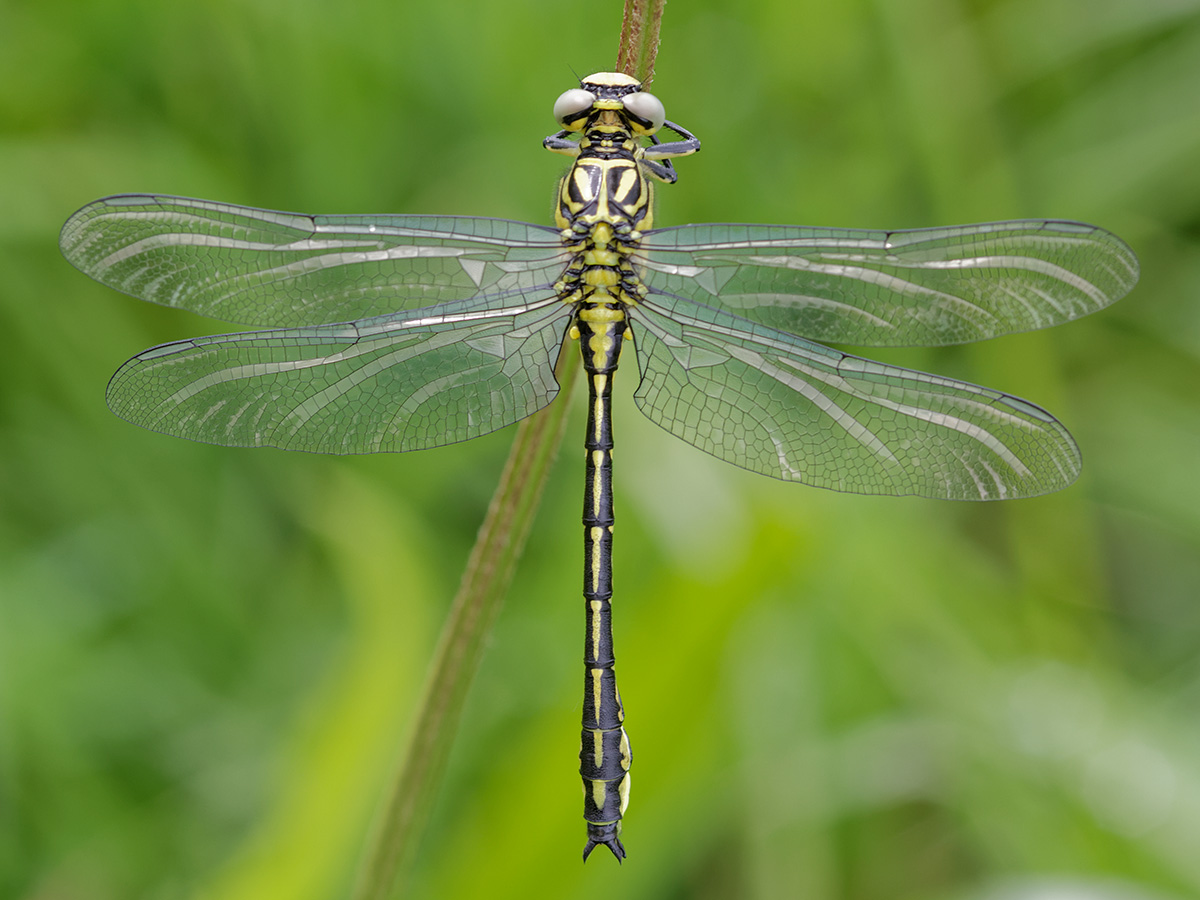 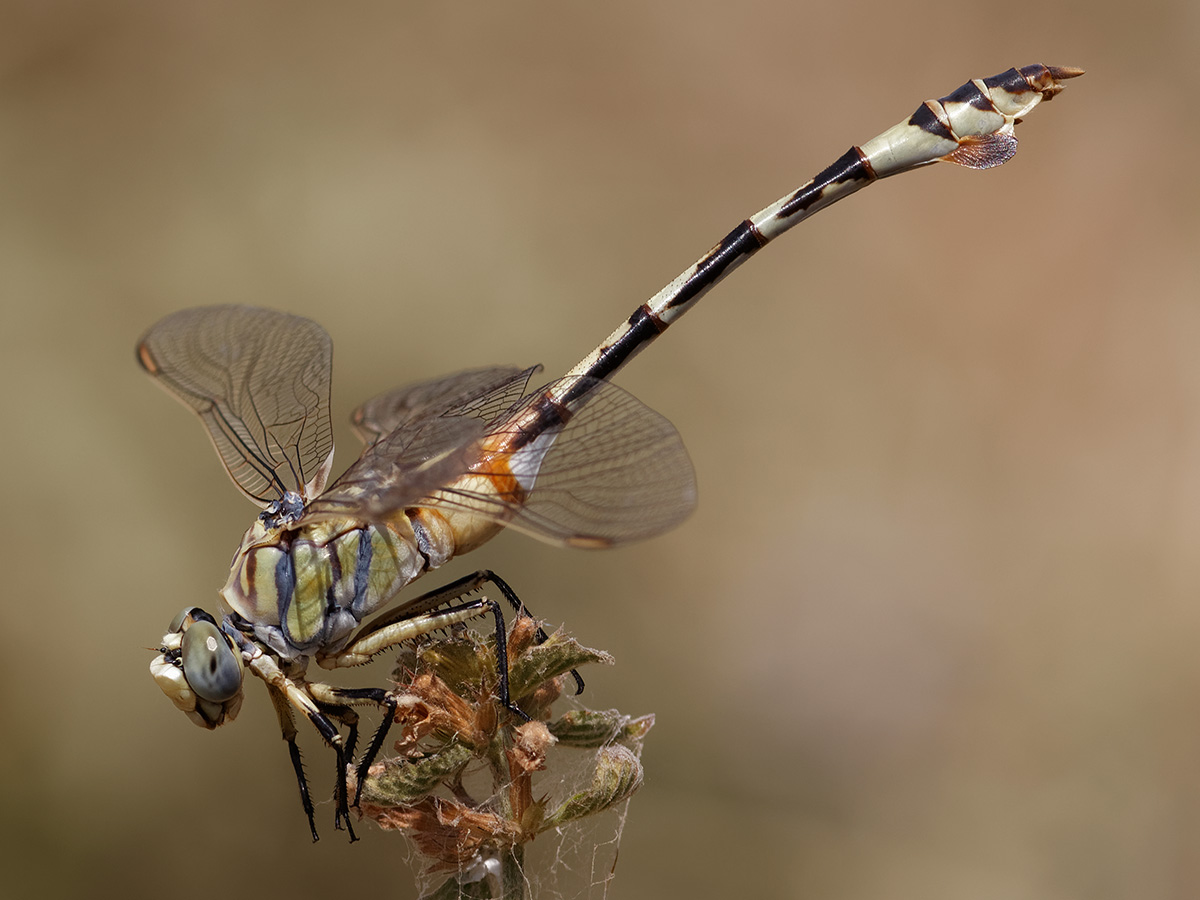 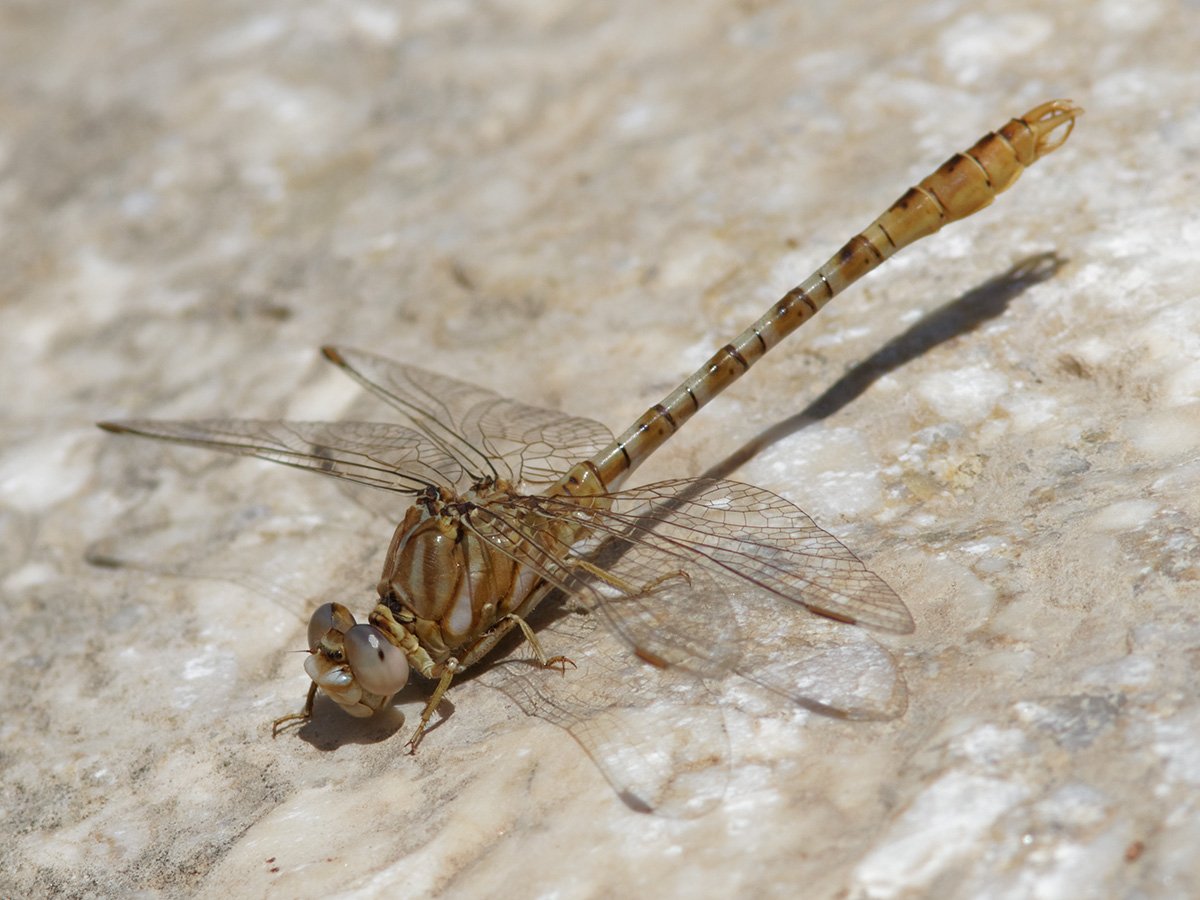 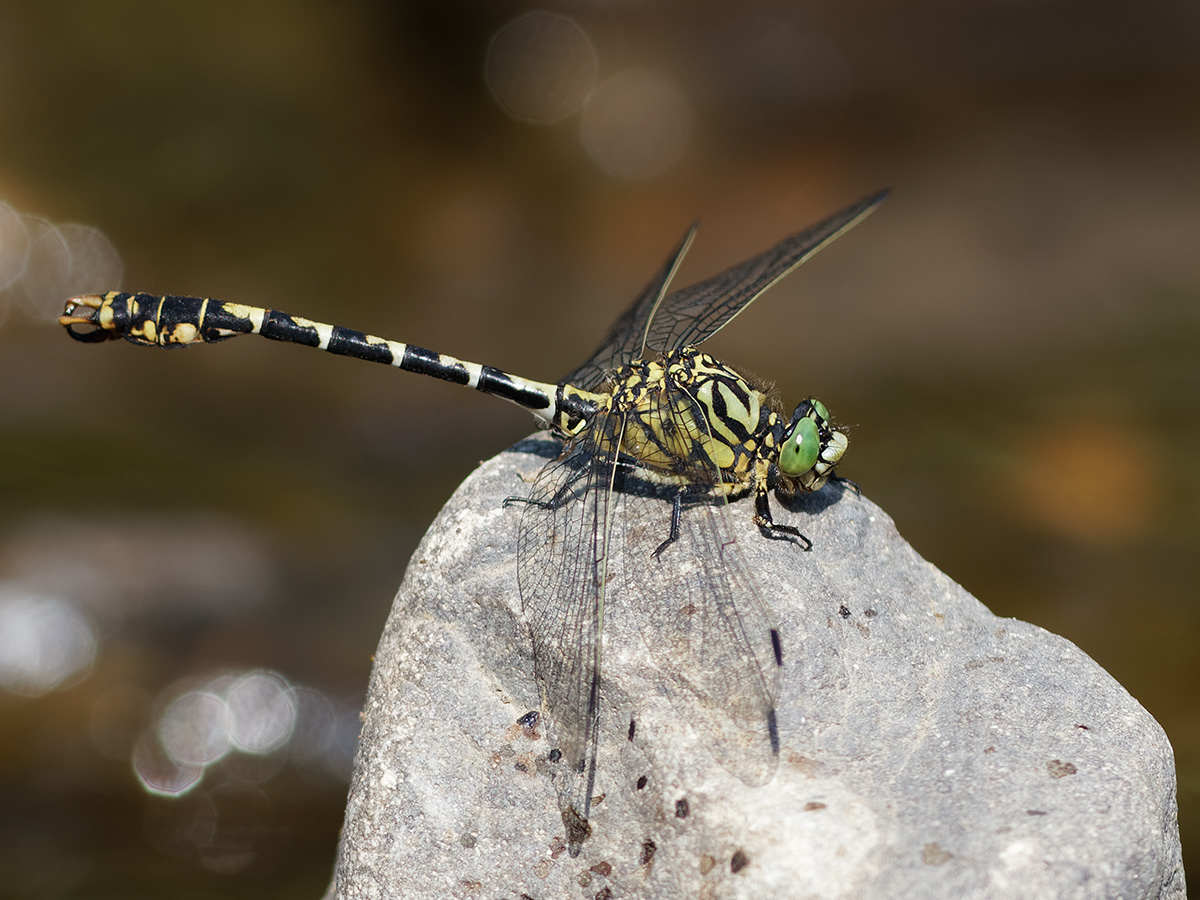 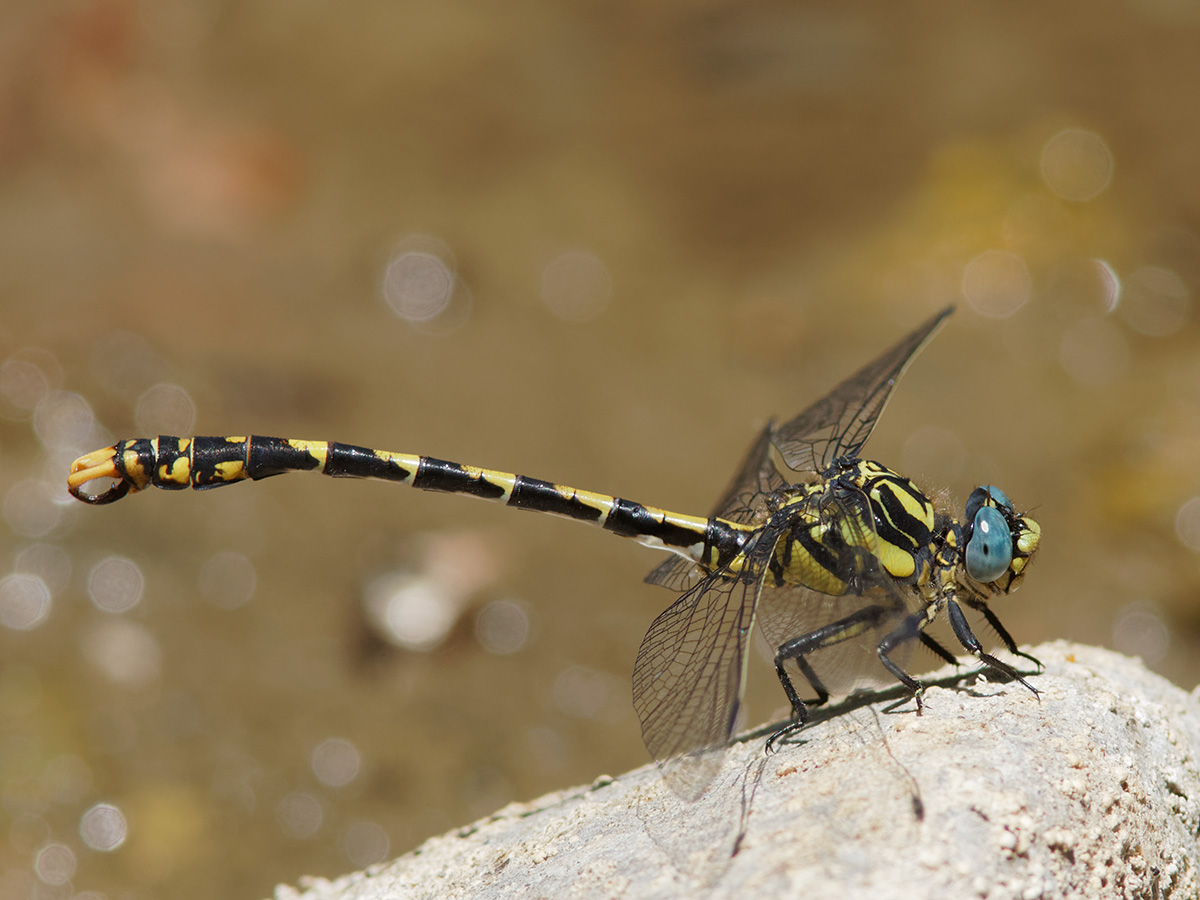 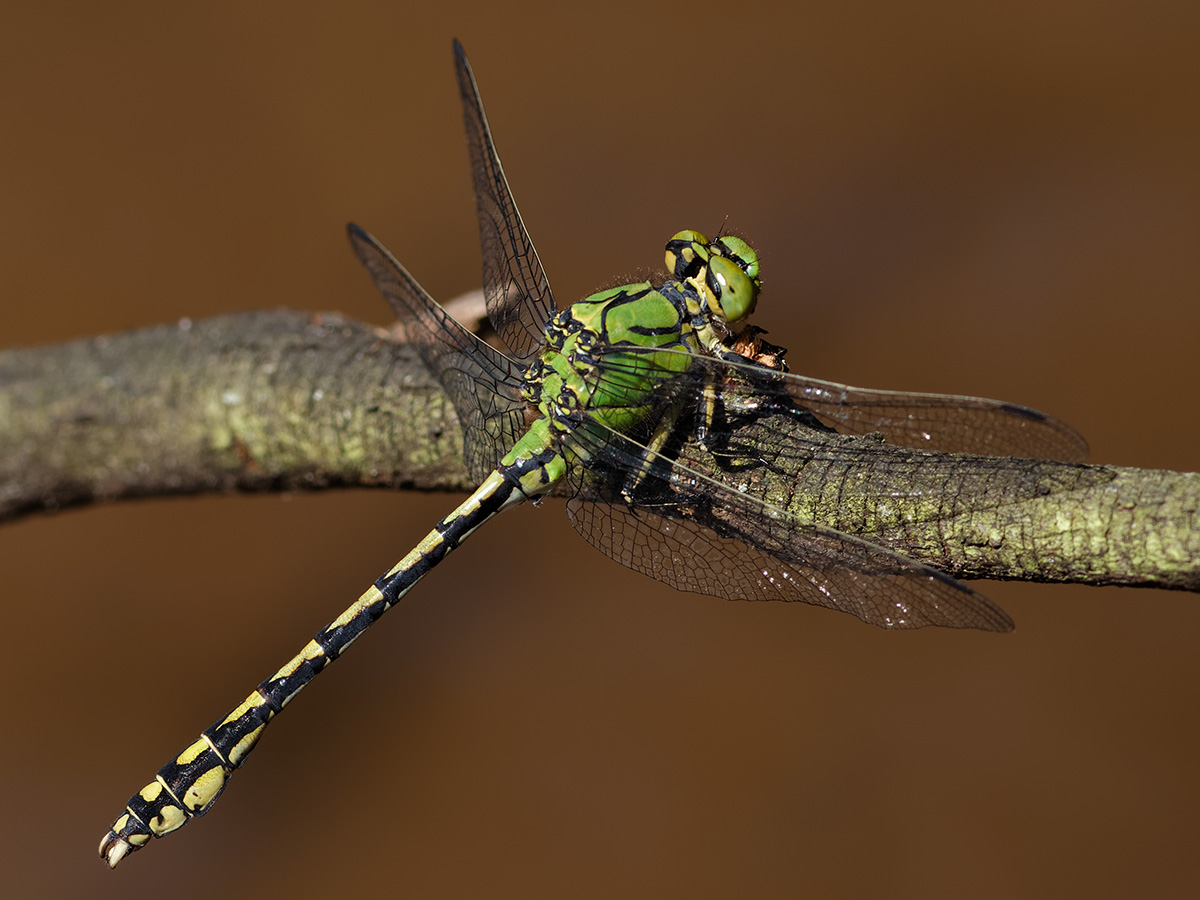 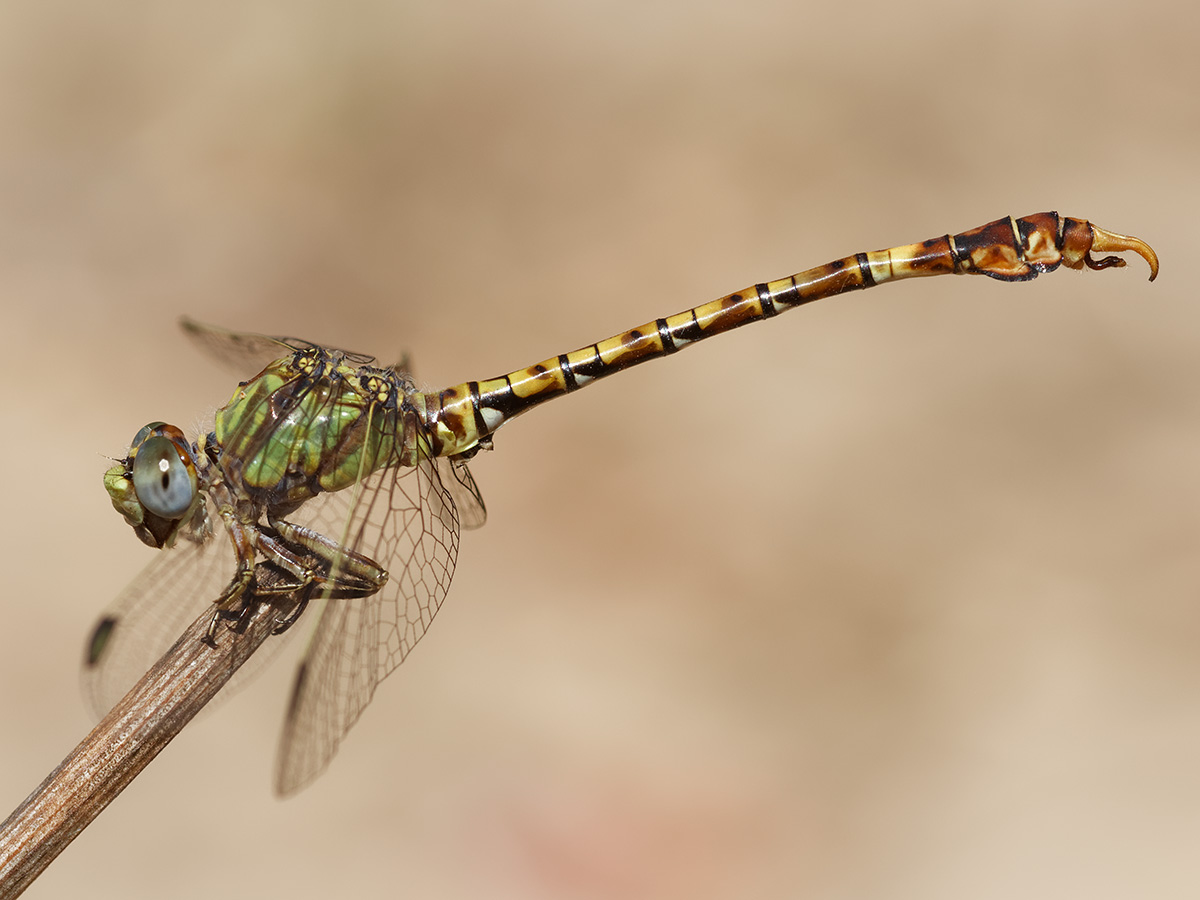 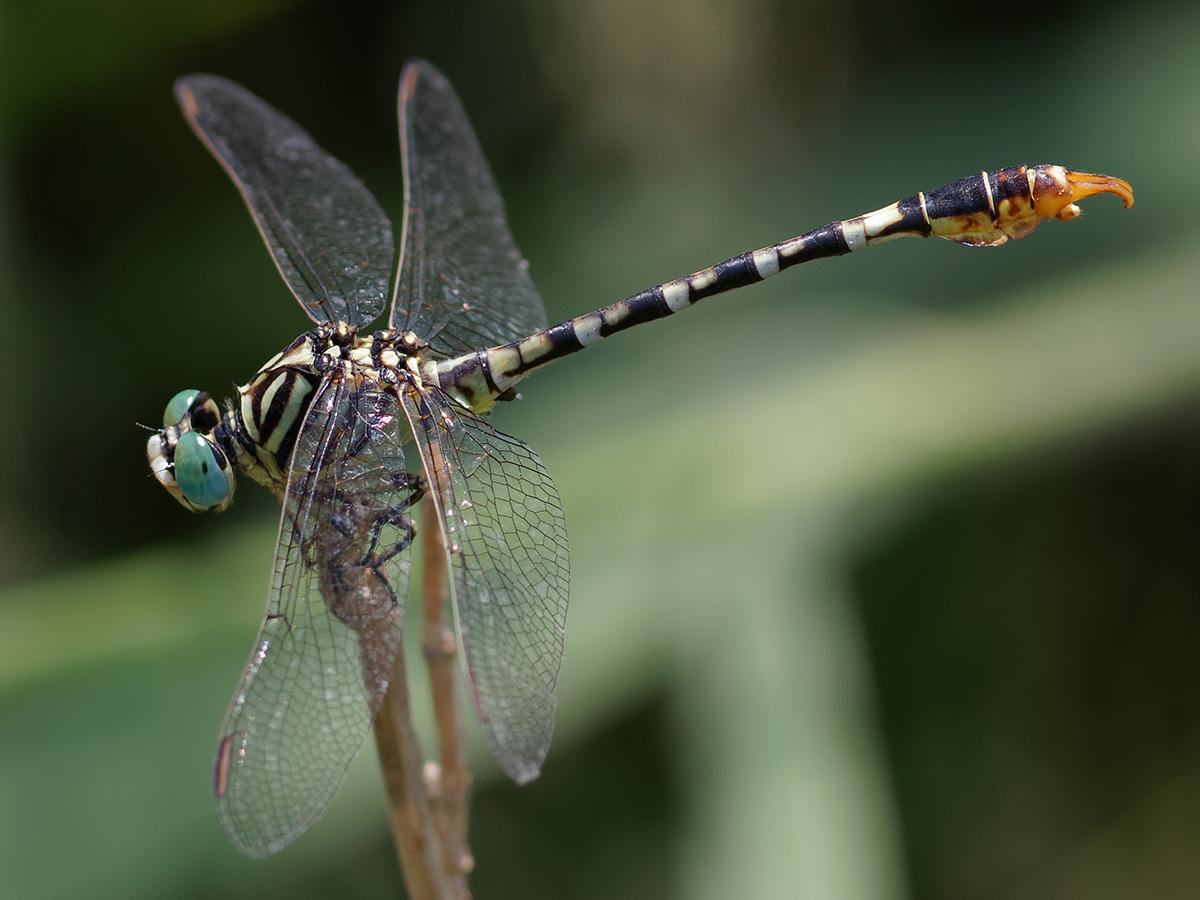