Aeshna isoceles (Green-eyed Hawker) is a small hawker that can be found on the wing as early as May, much earlier than most other hawkers. Like Brown Hawker (A. grandis) it has a brown body but the wings are clear and colourless, the eyes are green instead of blue and there’s a diagnostic yellow triangular mark on the second abdominal segment.
Green-eyed Hawkers can be found in most European countries but are most common in Central Europe and around the Mediterranean.
There’s some debate about taxonomy and spelling: other variations on the scientific name include Anaciaeschna isosceles and Aeshna isosceles. 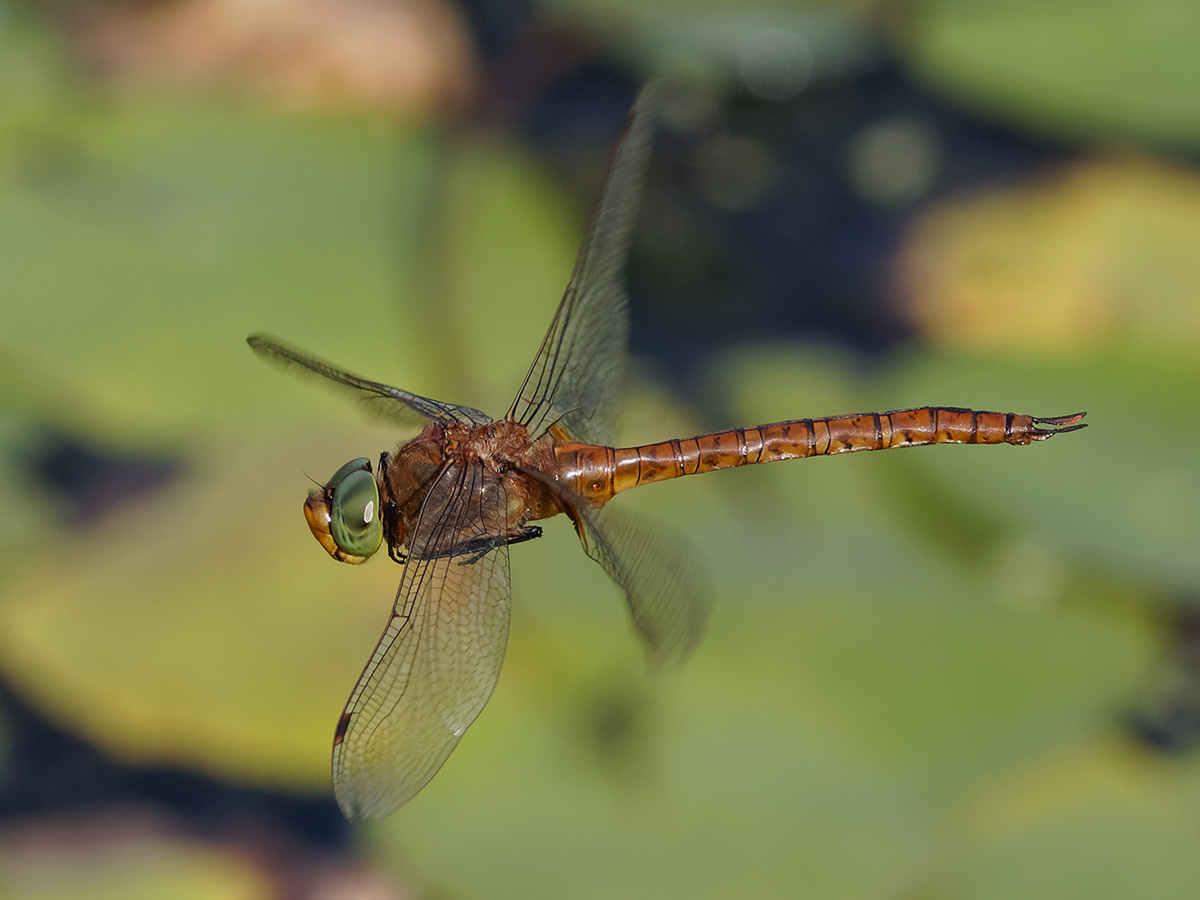 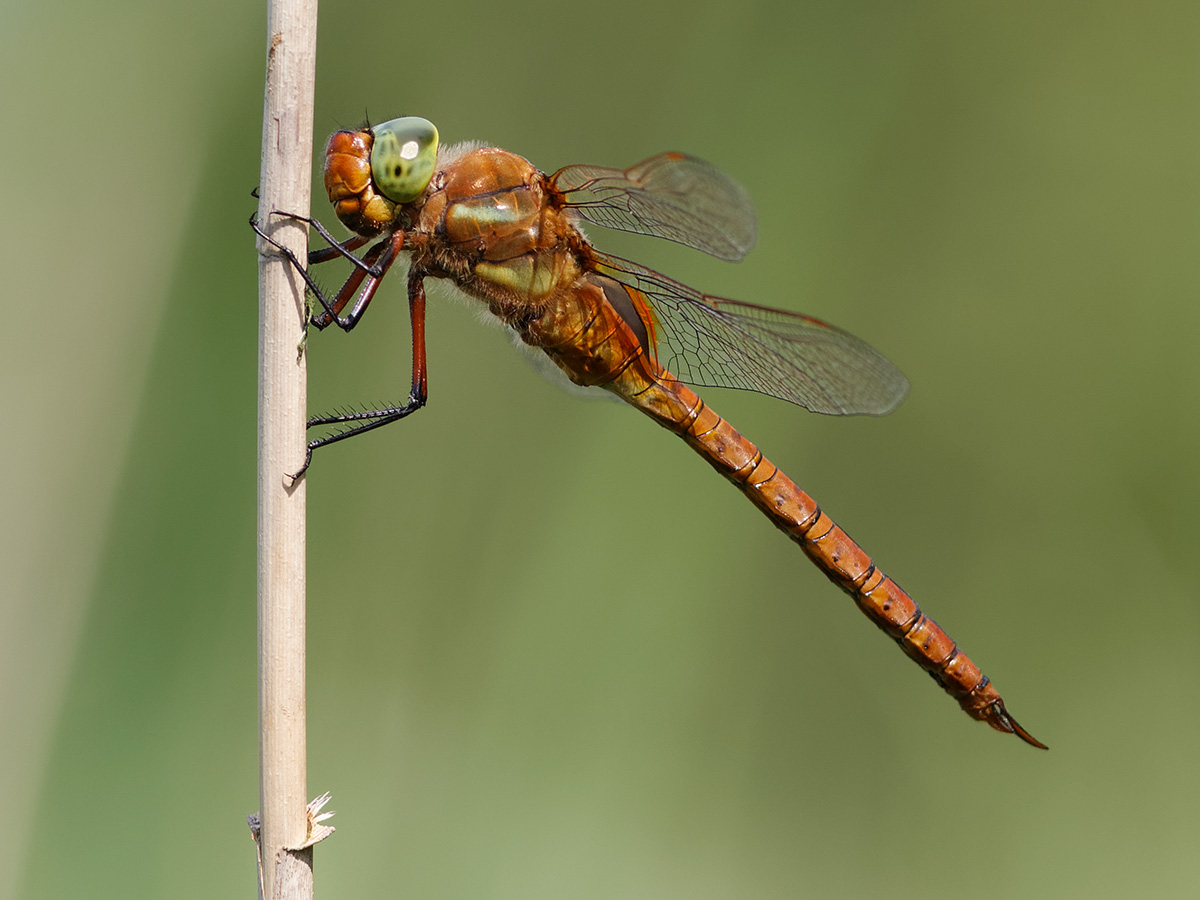 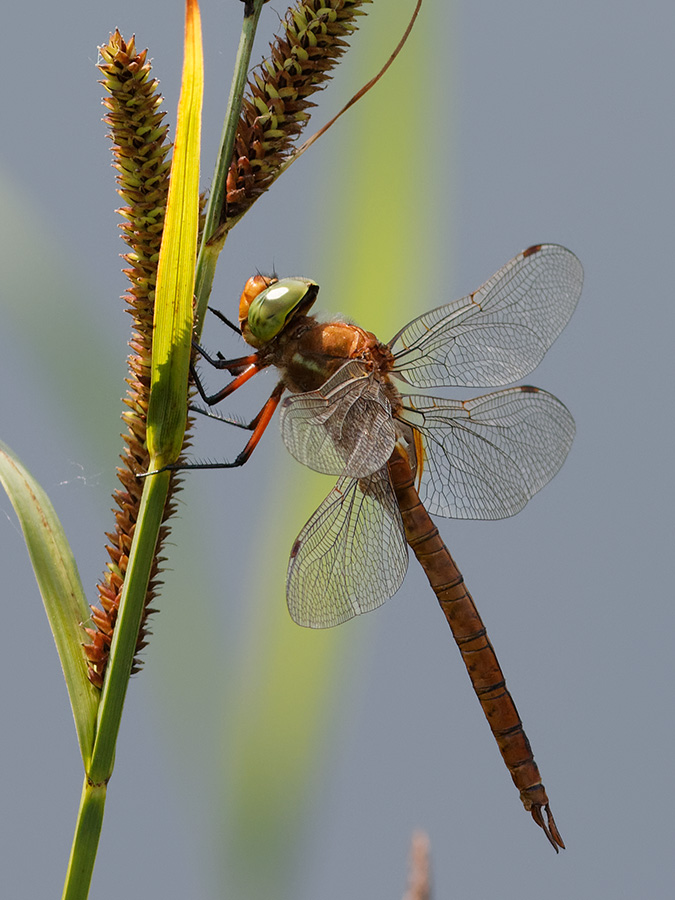 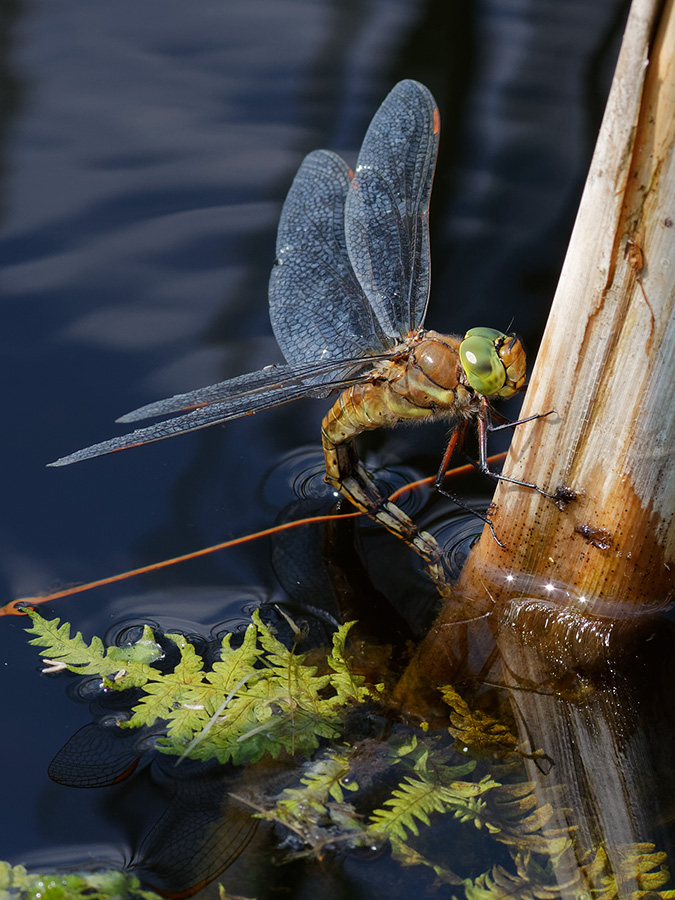 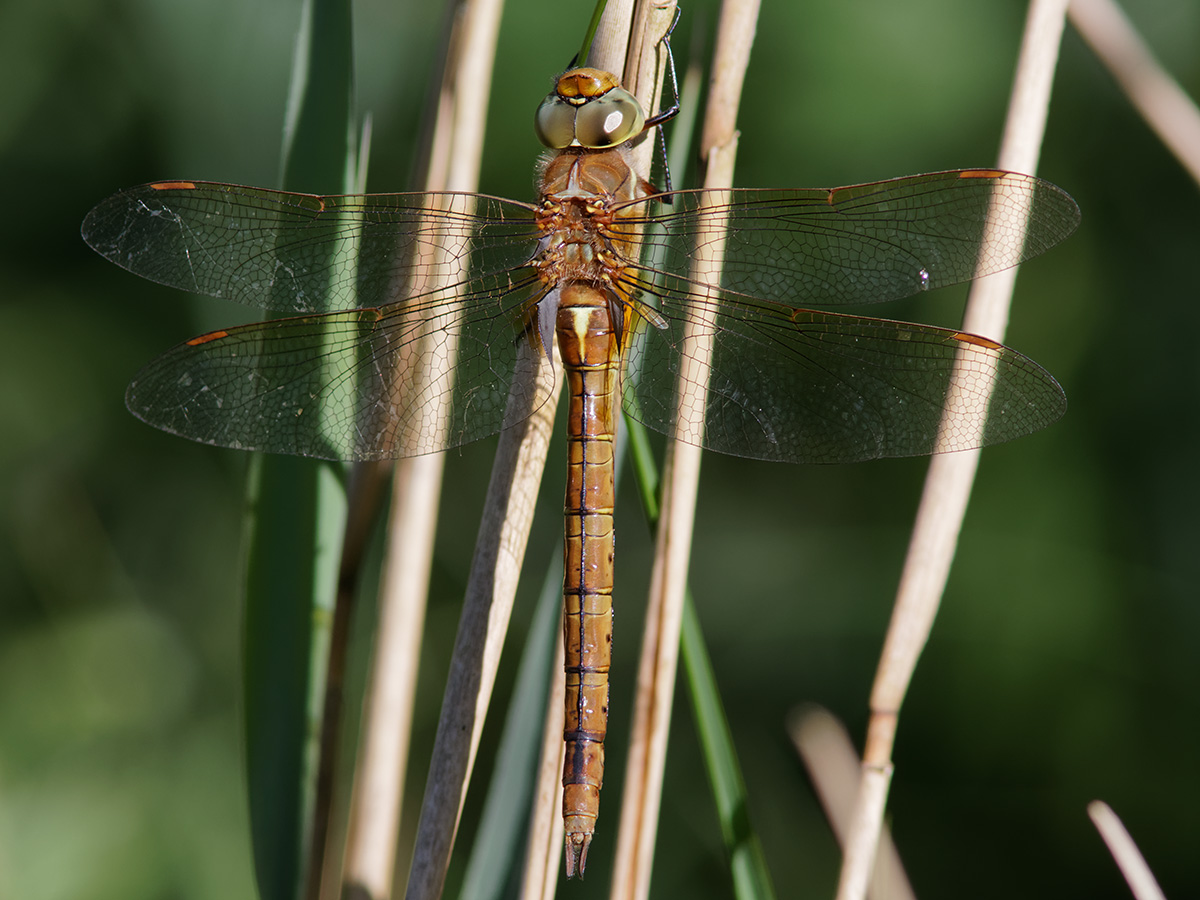 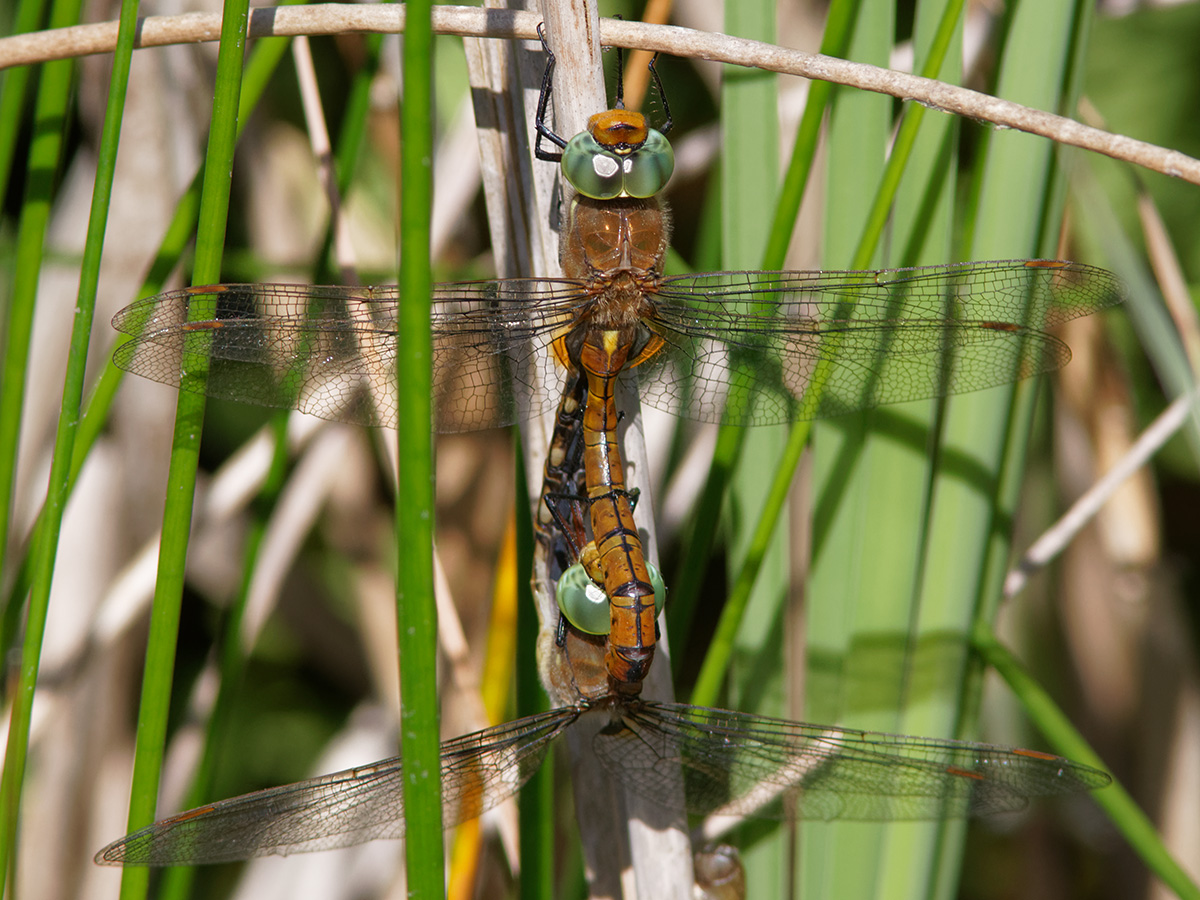