Anax parthenope (Lesser Emperor) is larger than Anax ephippiger (Vagrant Emperor) but smaller than Anax imperator (Blue Emperor). The blue marking on the first segments of the abdomen resembles that of males Vagrant Emperor but the darker abdomen and green eyes are diagnostic. Like Vagrant Emperor it’s a highly nomadic species that profits from climate change by expanding its range to the north.
It’s a rather common species in southern Europe and northern Africa and the range spans east to Japan. 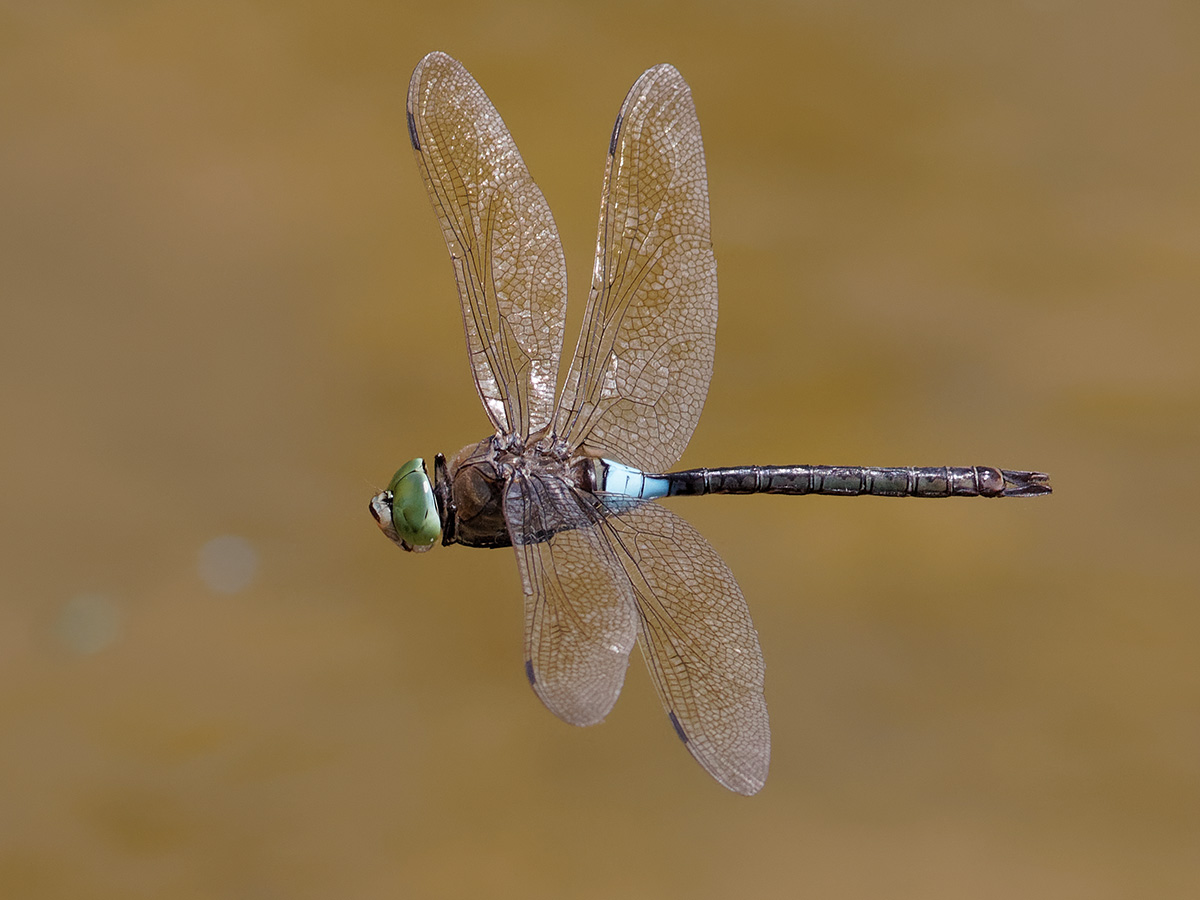 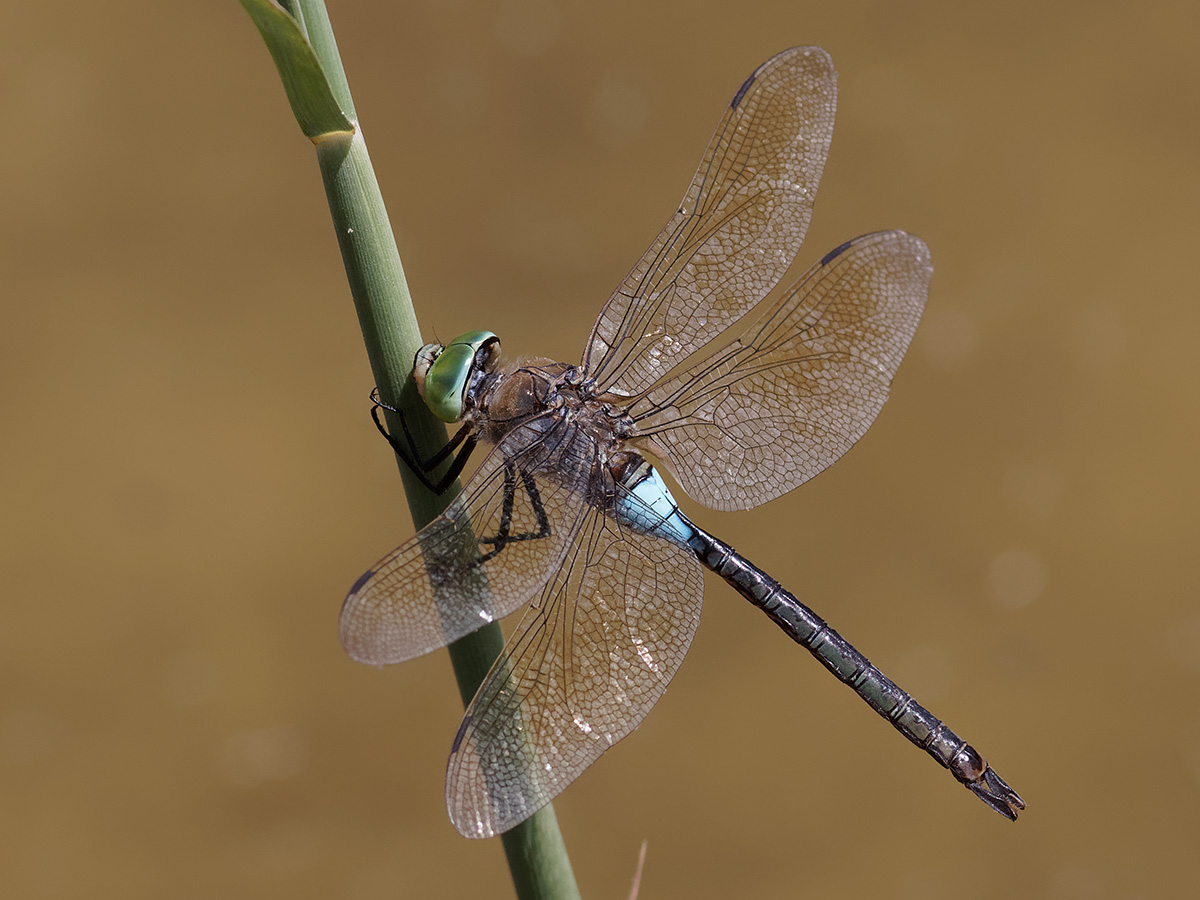 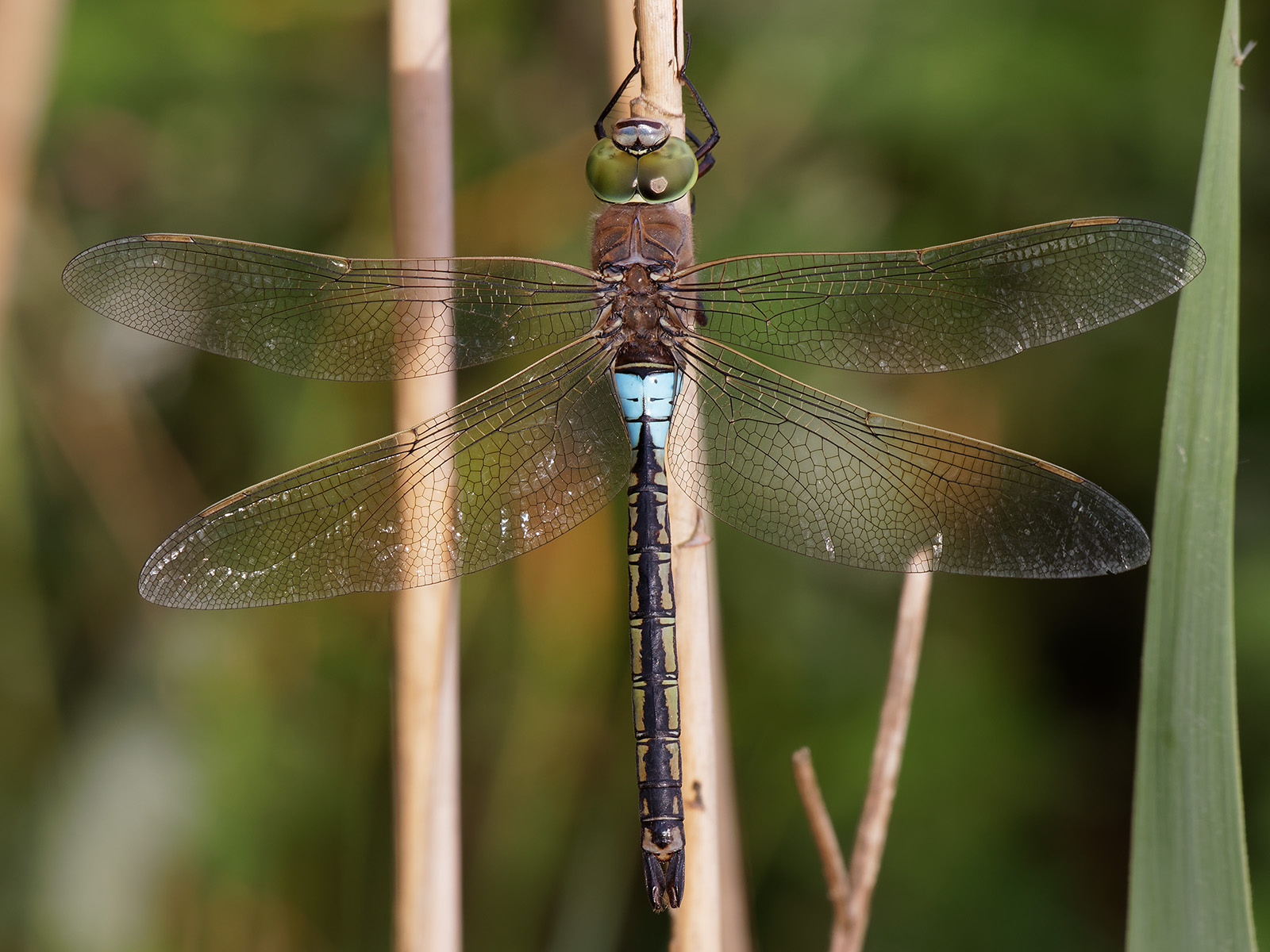 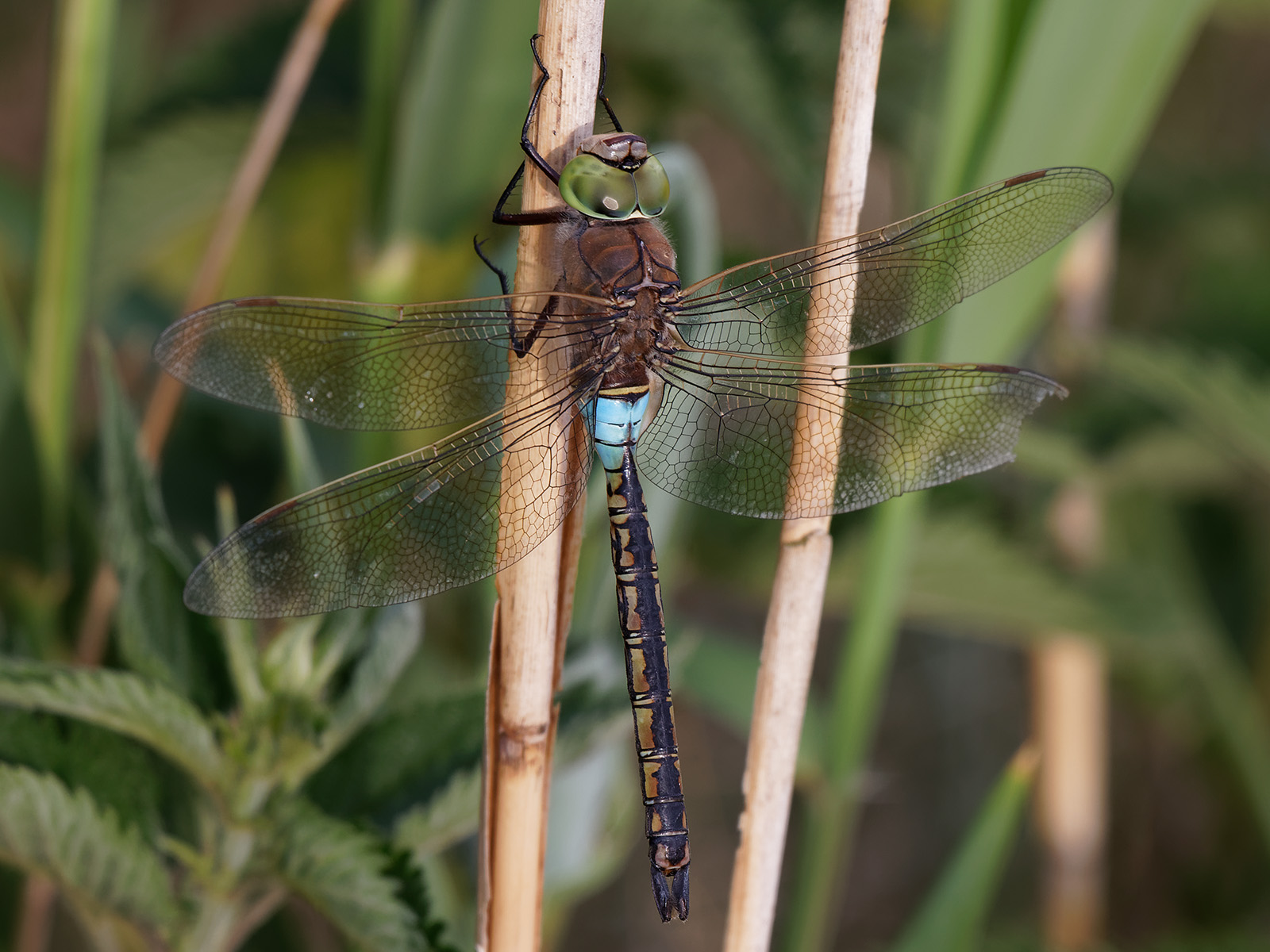 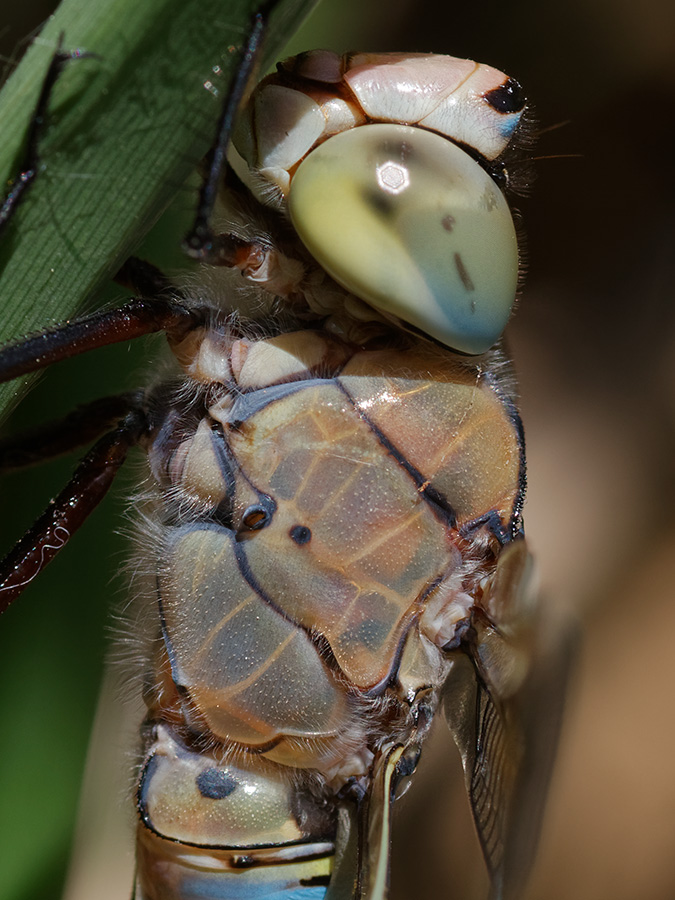 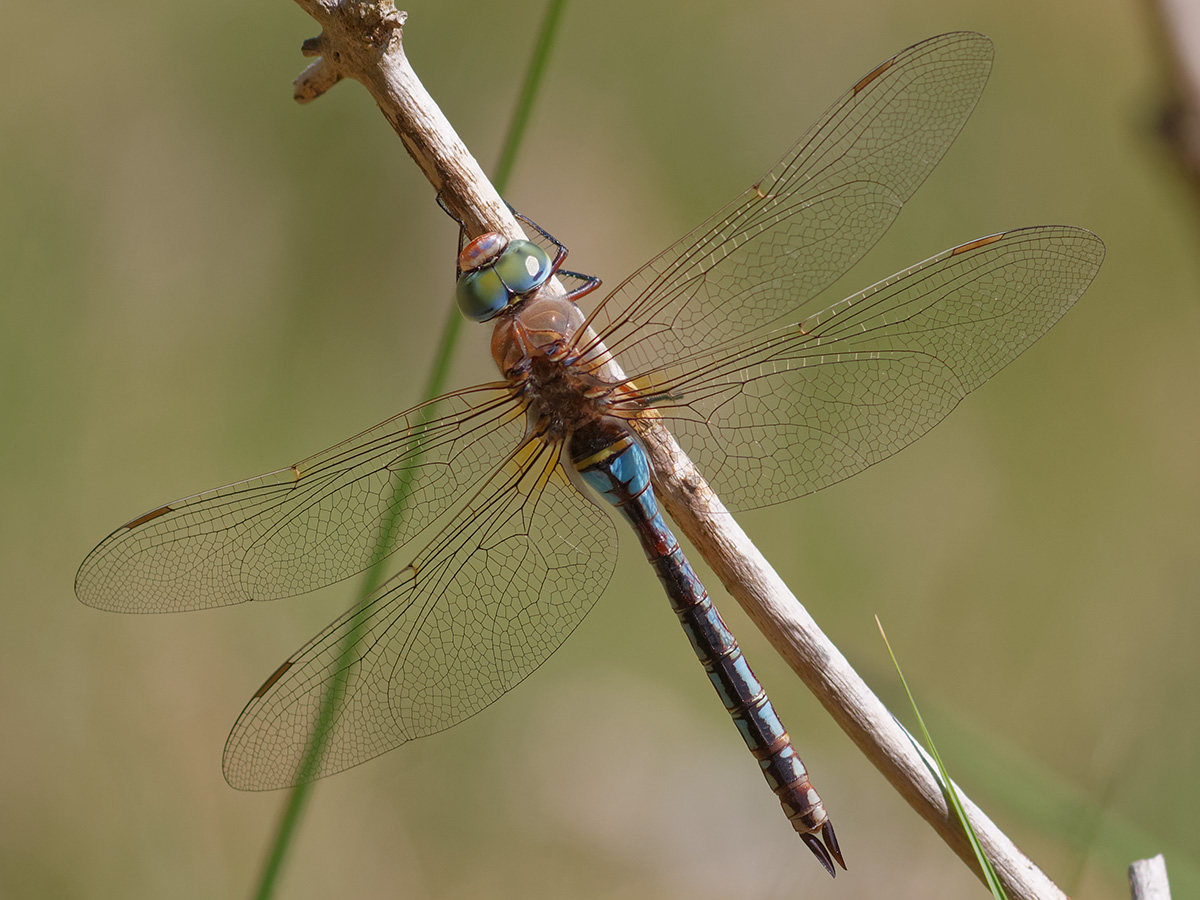 Watch the below slide show for an emerging female Lesser Emperor. The nymph was caught in De Millingerwaard in The Netherlands on the 18th of August 2019. It started emerging late on the evening of the 30th of August and the whole process took several hours. Unfortunately, the nymph was already partly out of its shell when I noticed emerging had started.
The imago was released in my garden the following morning. 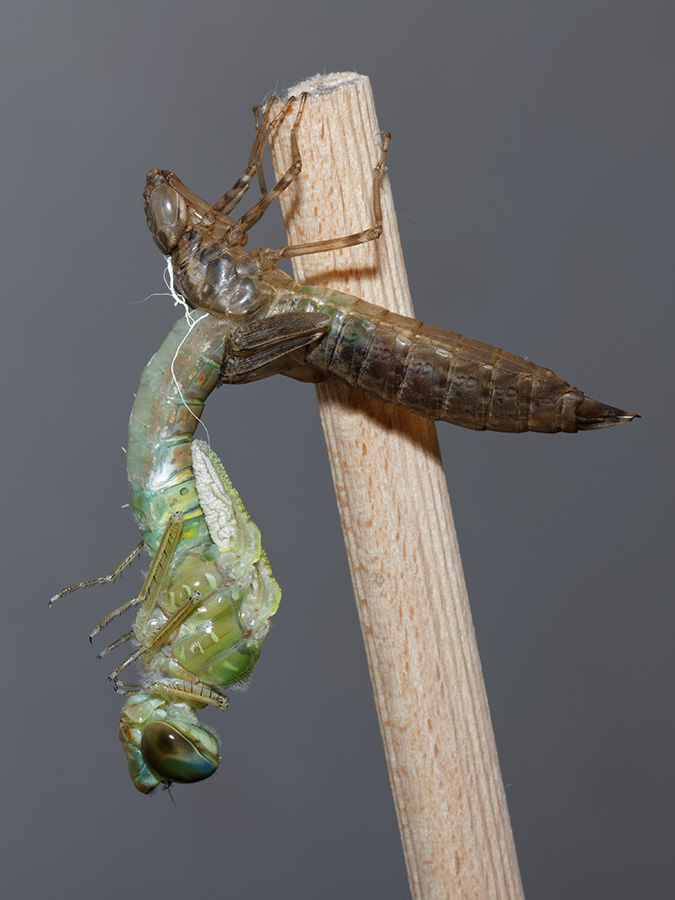 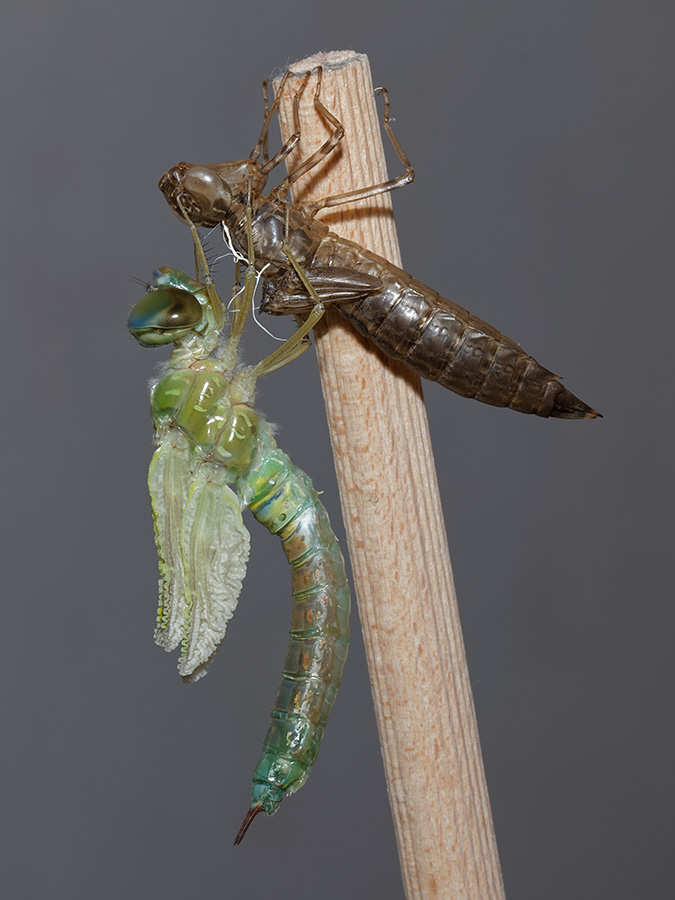 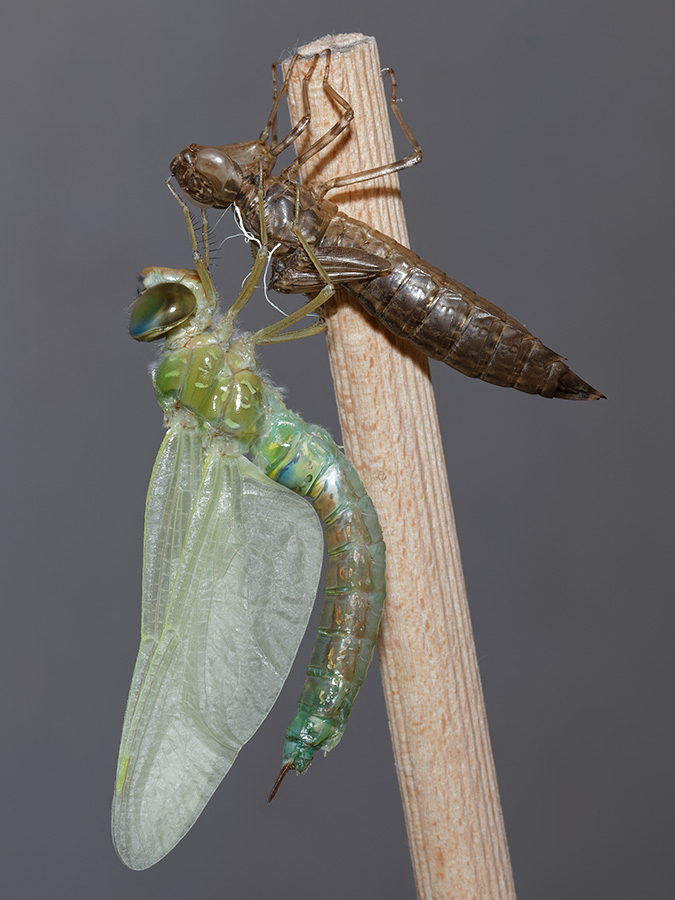 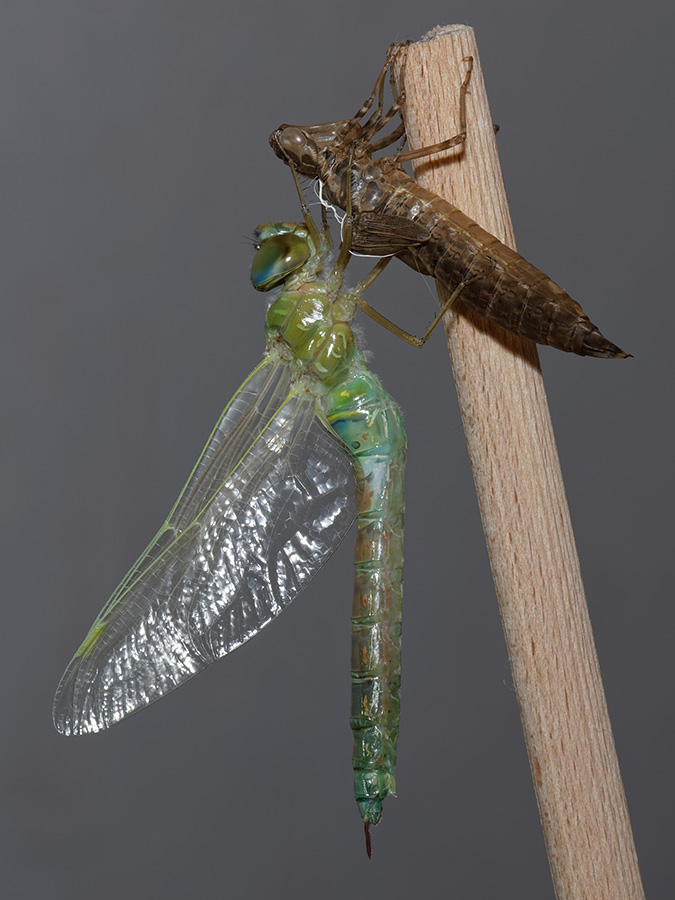 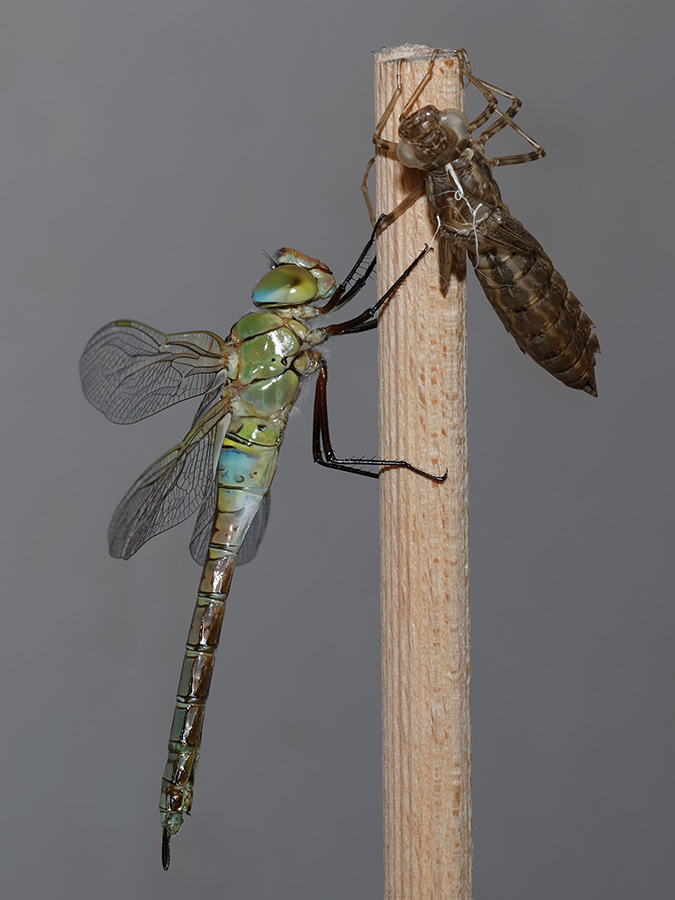 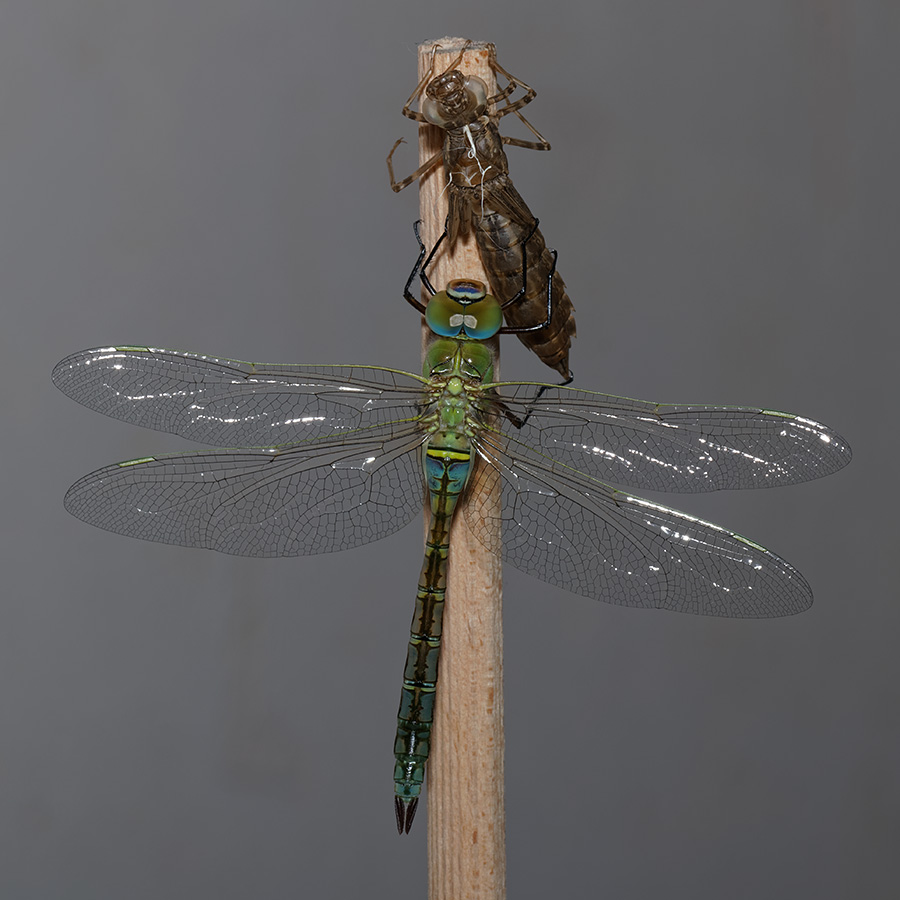 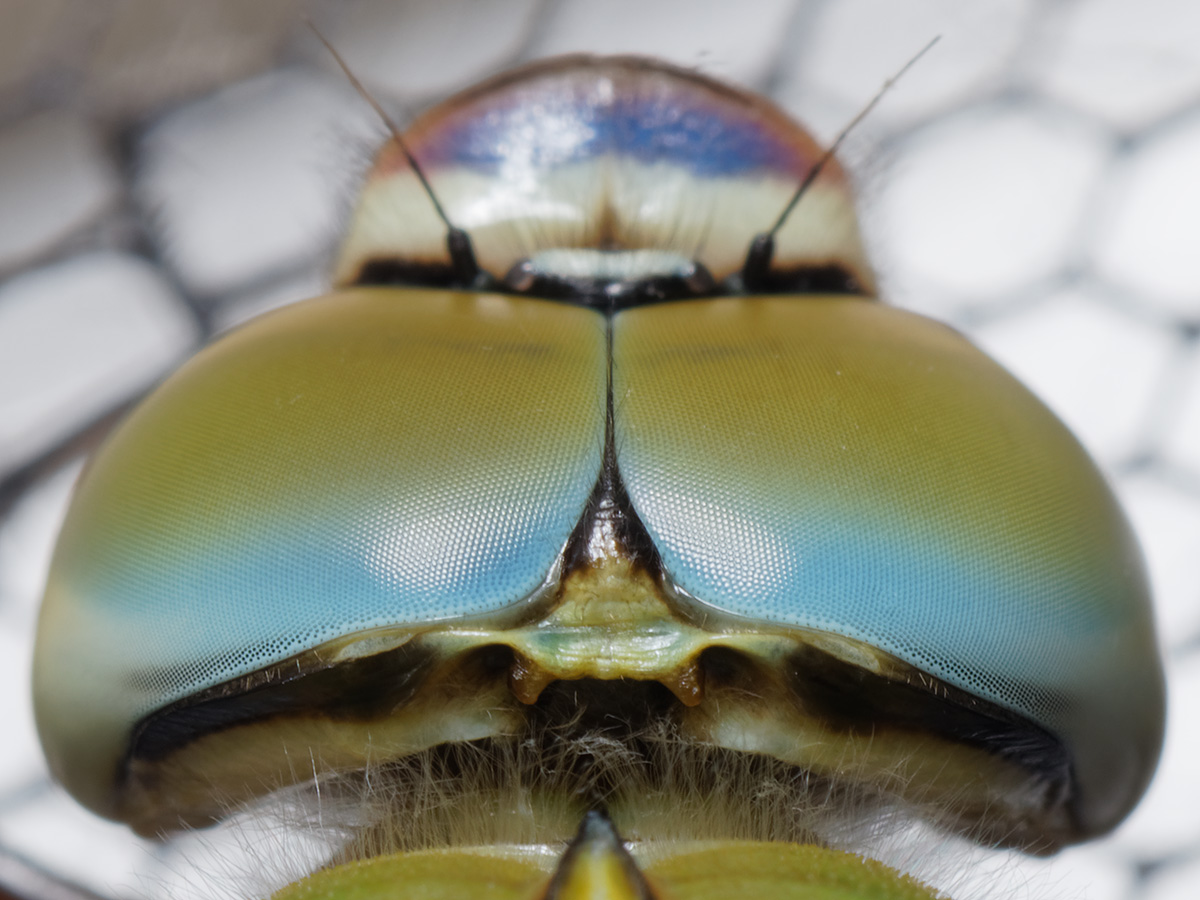