Libellula fulva (Blue Chaser, known in the UK as Scarce Chaser) is a widespread species that occurs in most European countries but is pretty much absent from Iberia. In suitable habitats it can locally be extremely abundant.
Blue Chasers often have dark brown or black wing tips but the extent of this varies strongly between individuals. Females usually have larger dark patches in the wing tips than males. 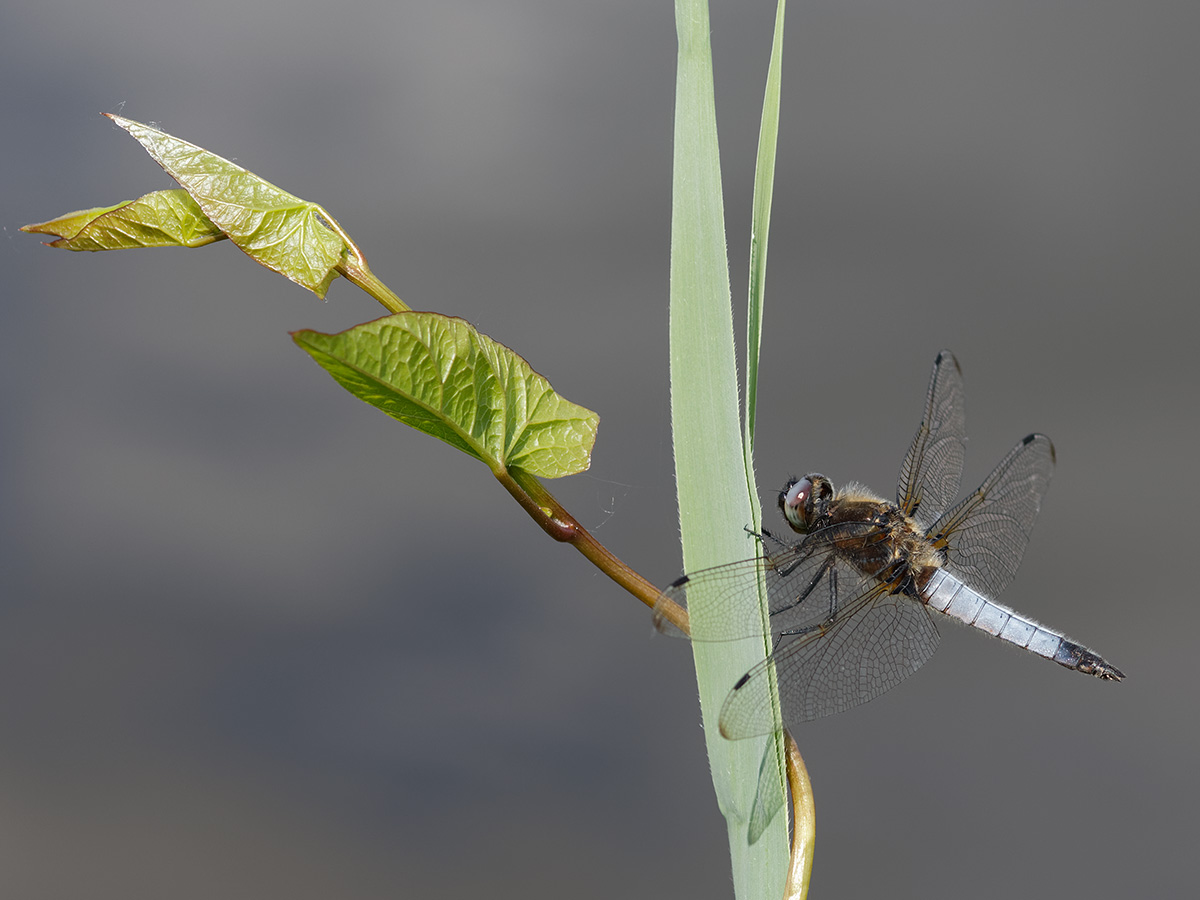 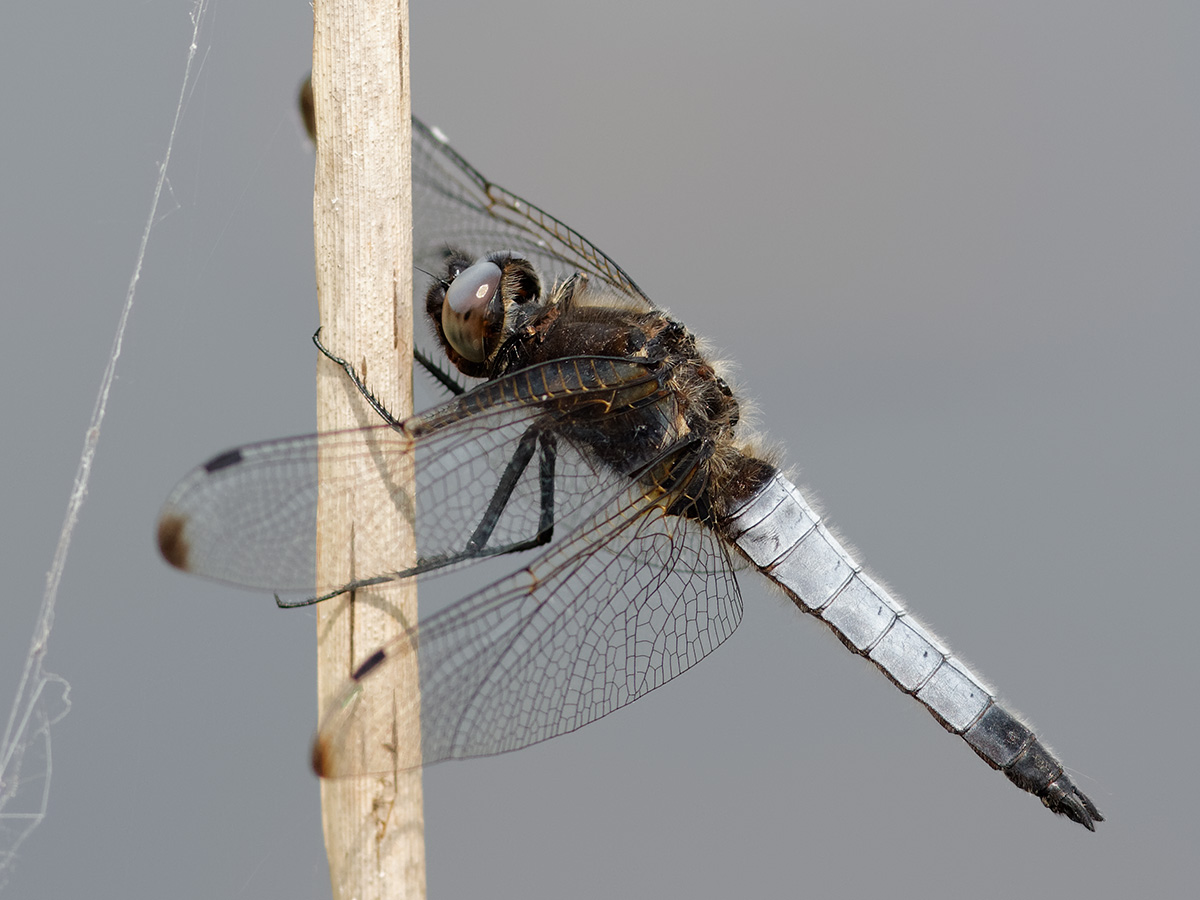 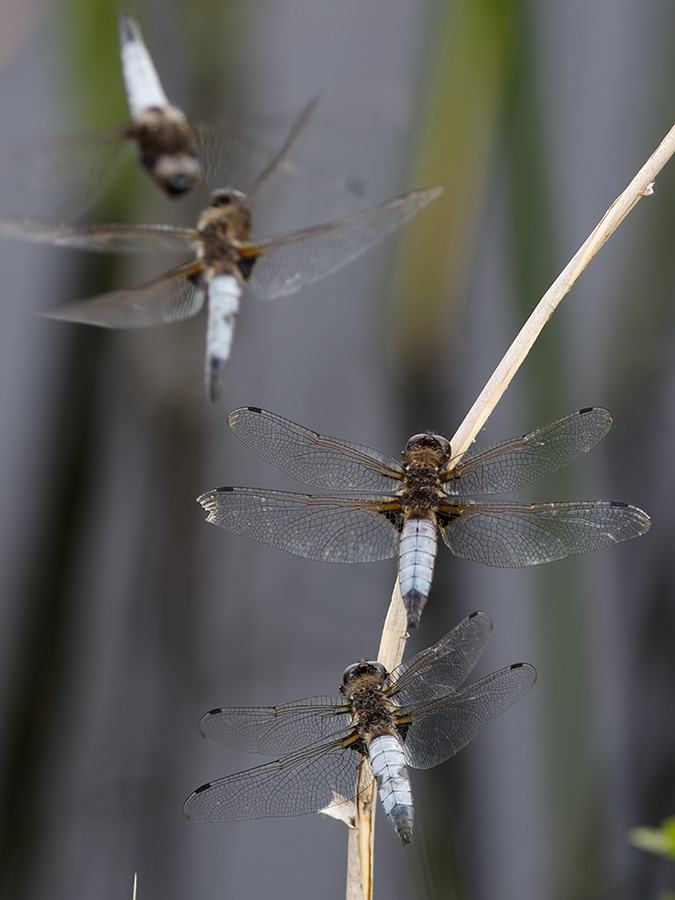 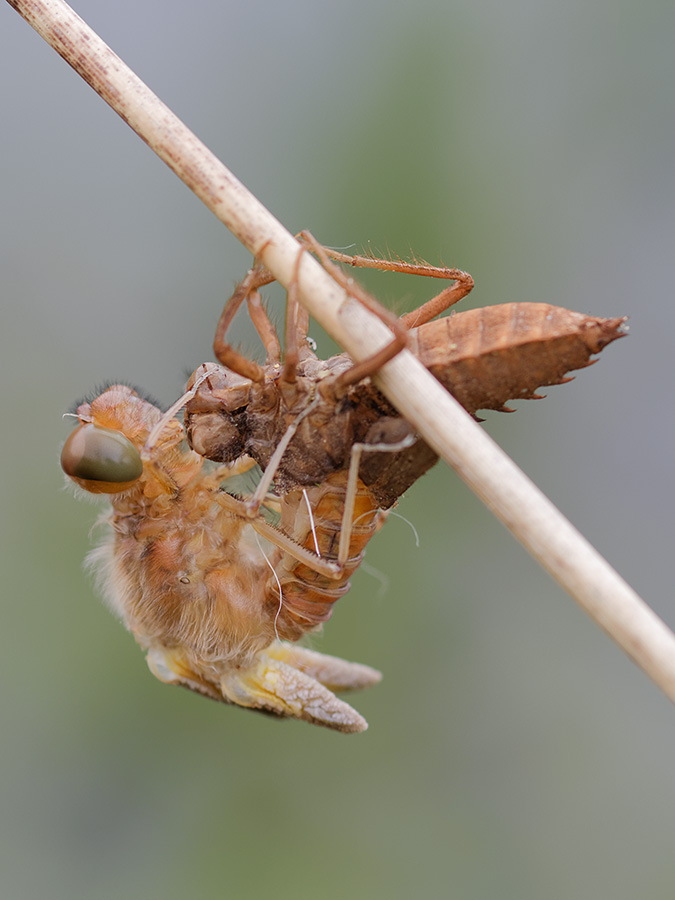 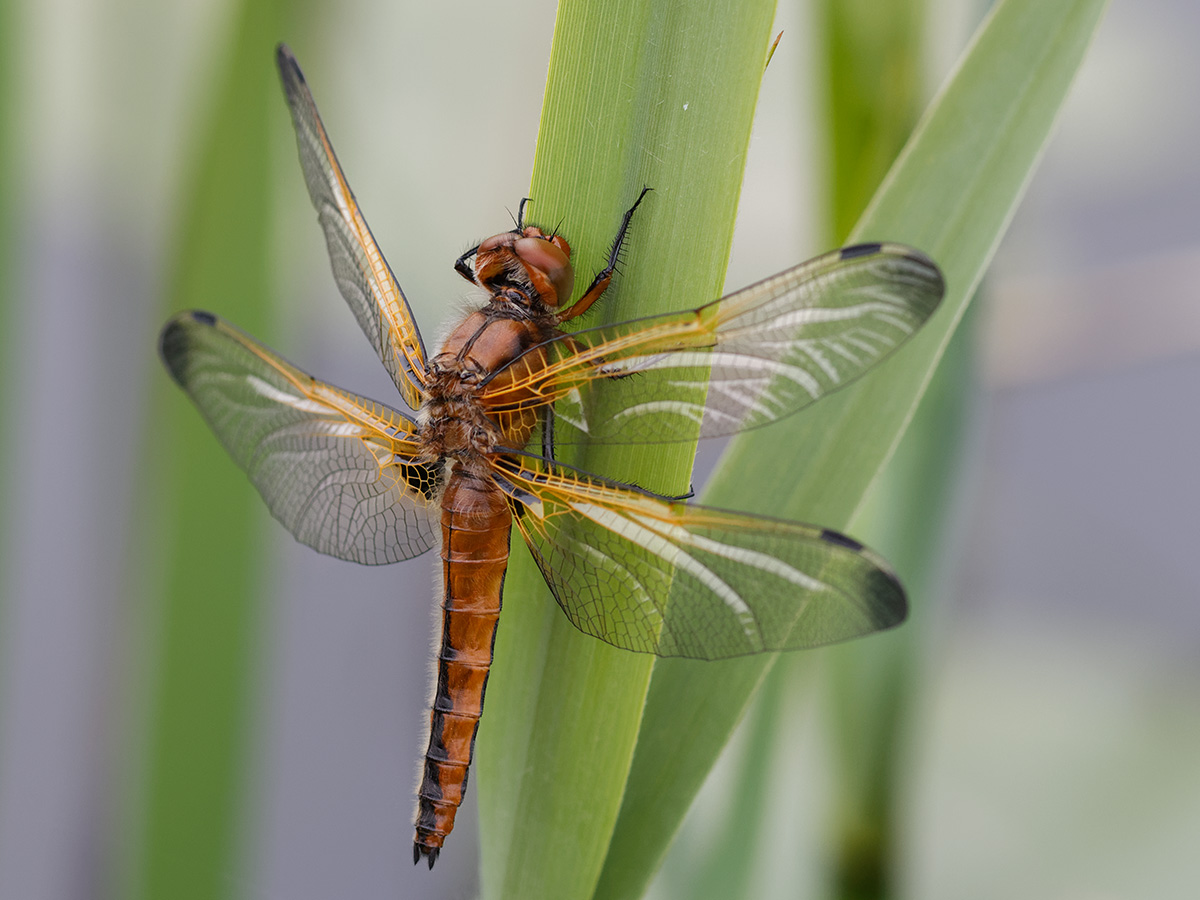 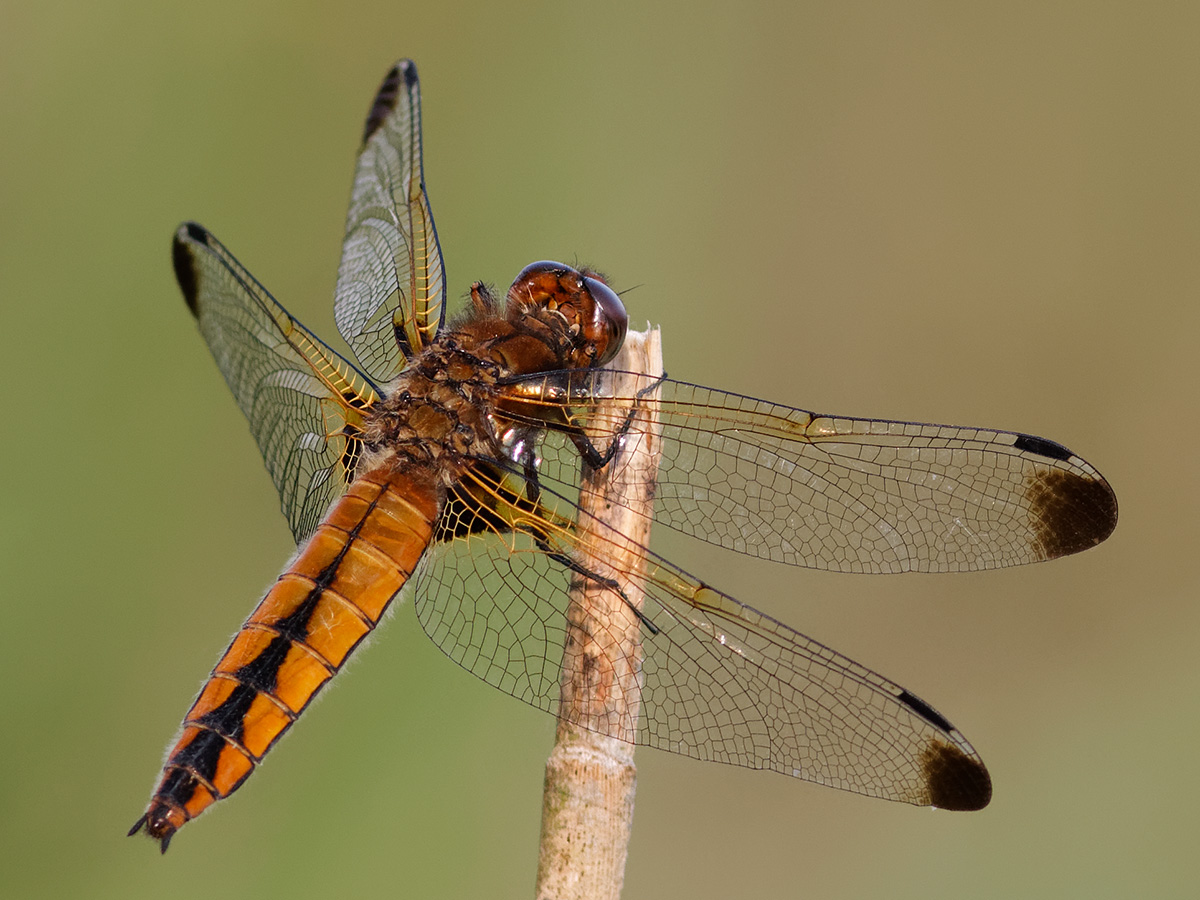 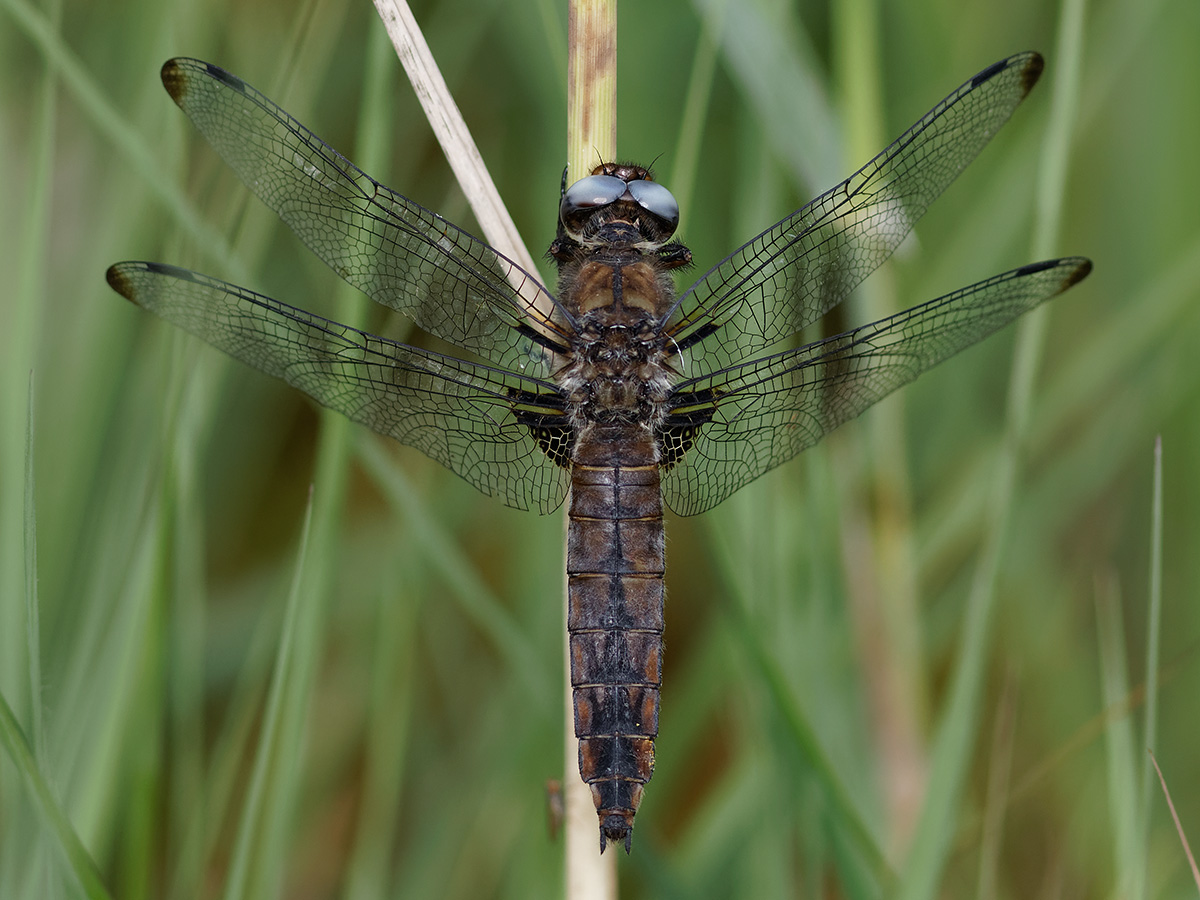 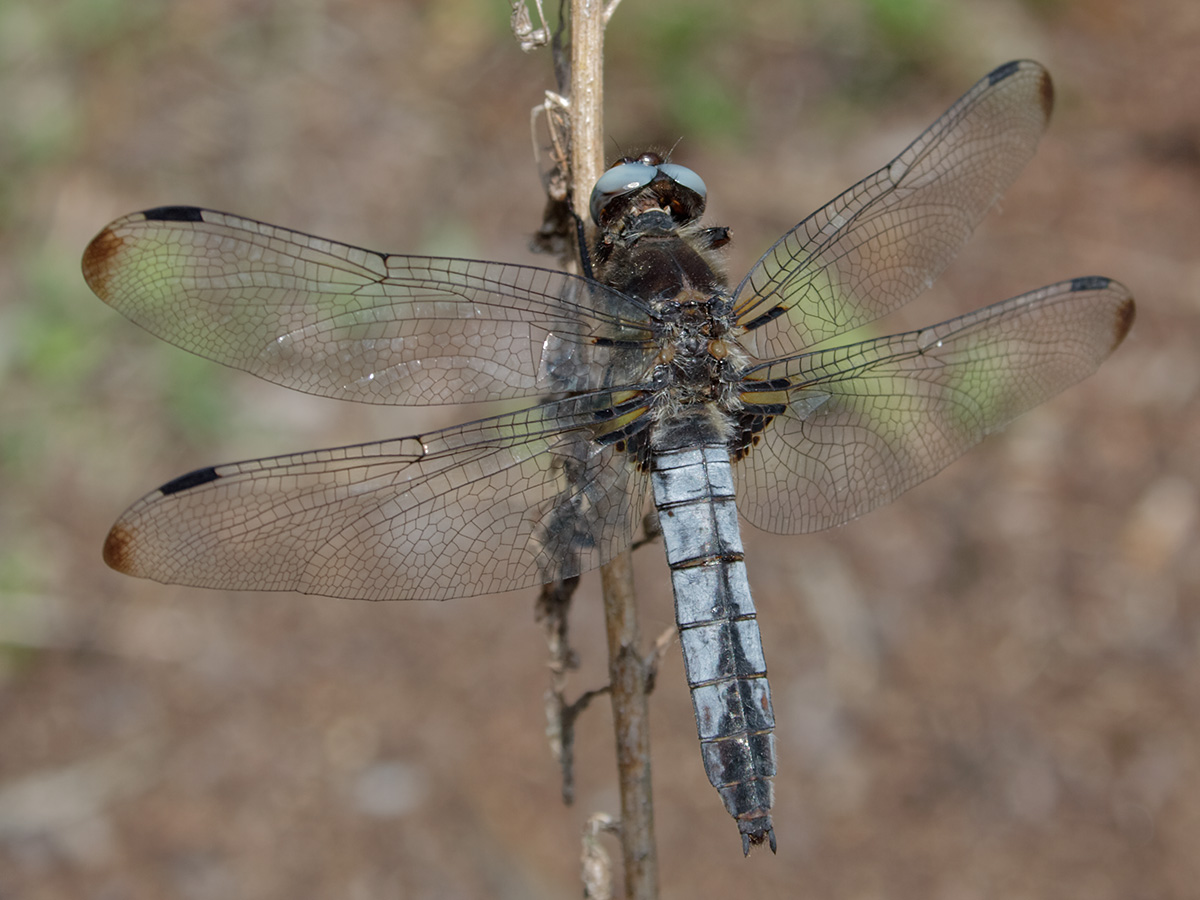 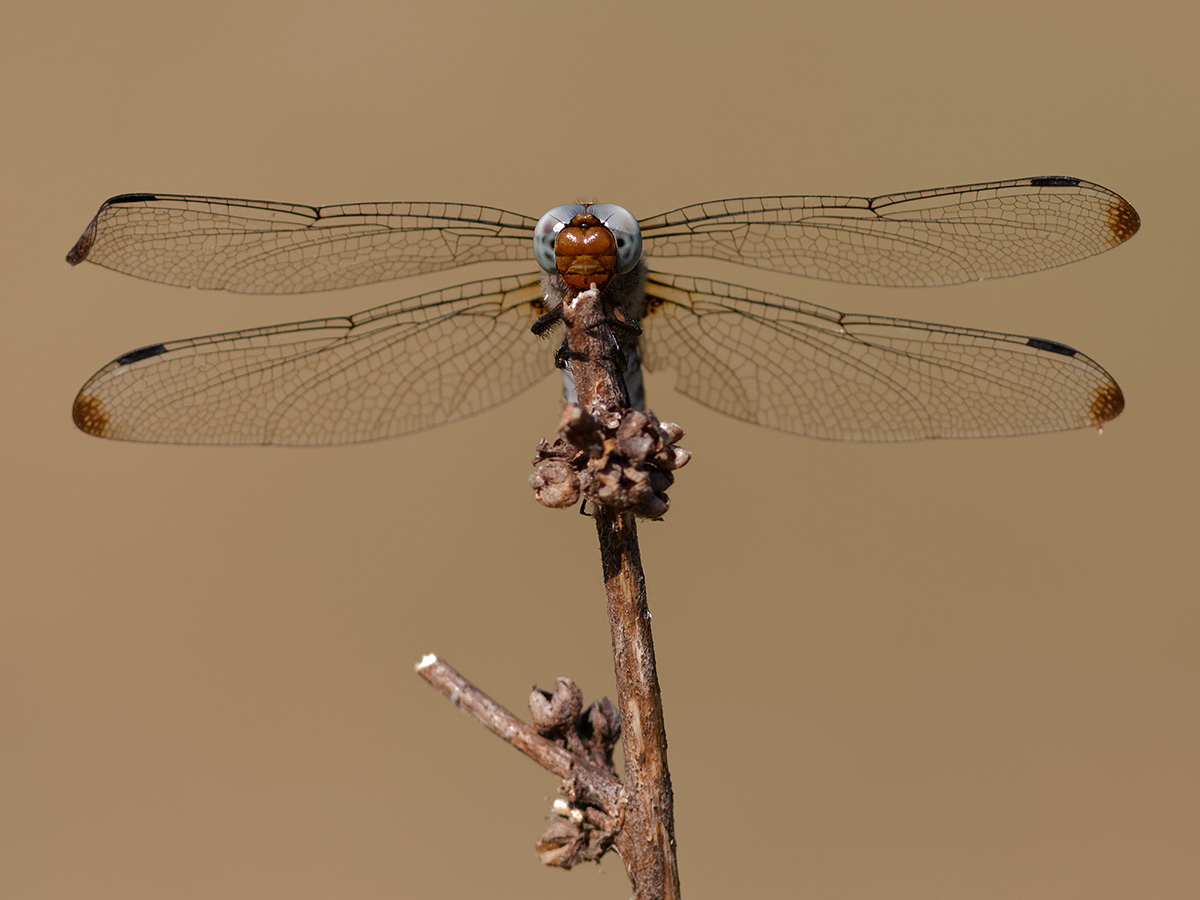