Selysiothemis nigra (Black Pennant) is a monotypic species of dragonfly mainly found in the Middle East and central Asia. In our area it’s found in coastal areas all around the Mediterranean with the exceptions of France and Slovenia, but populations are scattered and far apart. Black Pennants are migratory. Populations are often found in artificial freshwater reservoirs in arid areas.
Black Pennants often perch on windy spots on top of dry plant stalks with their head on the wind. 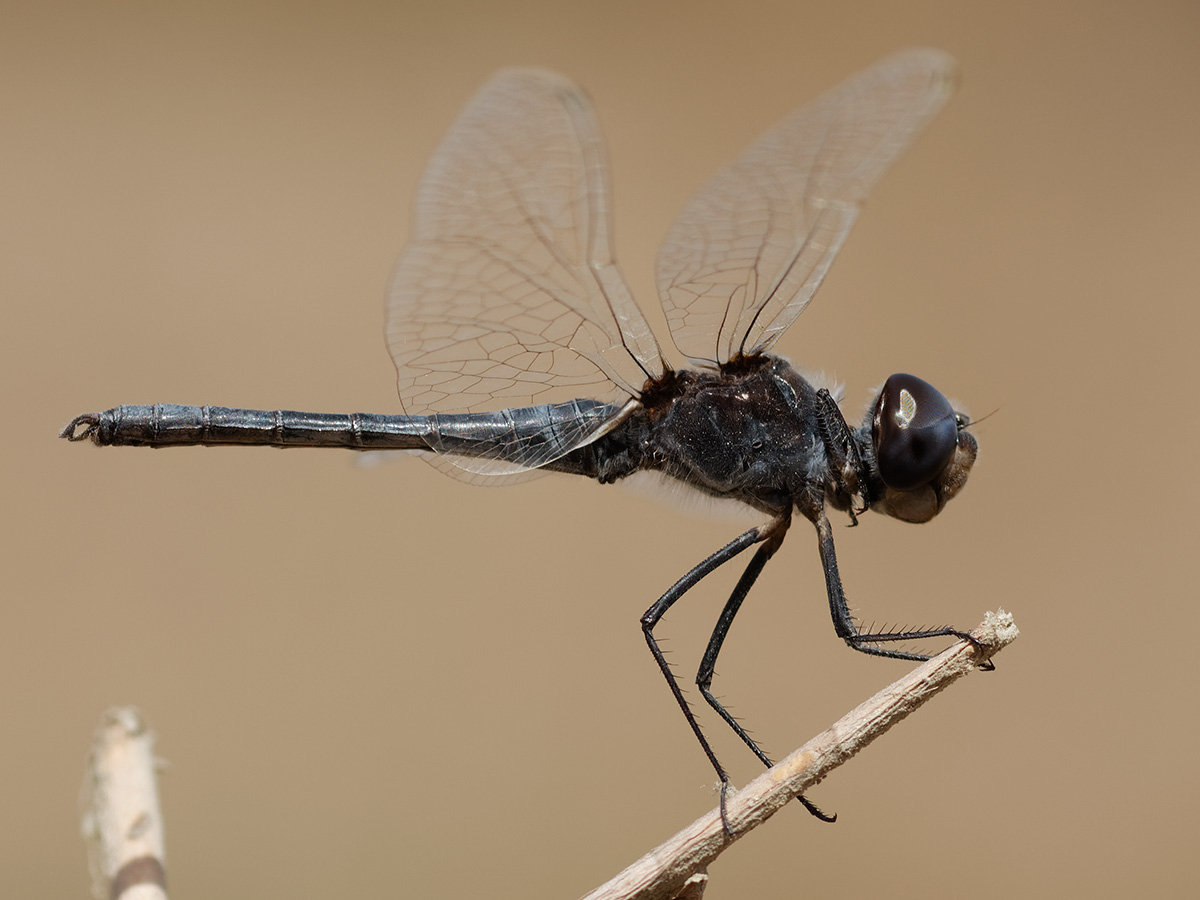 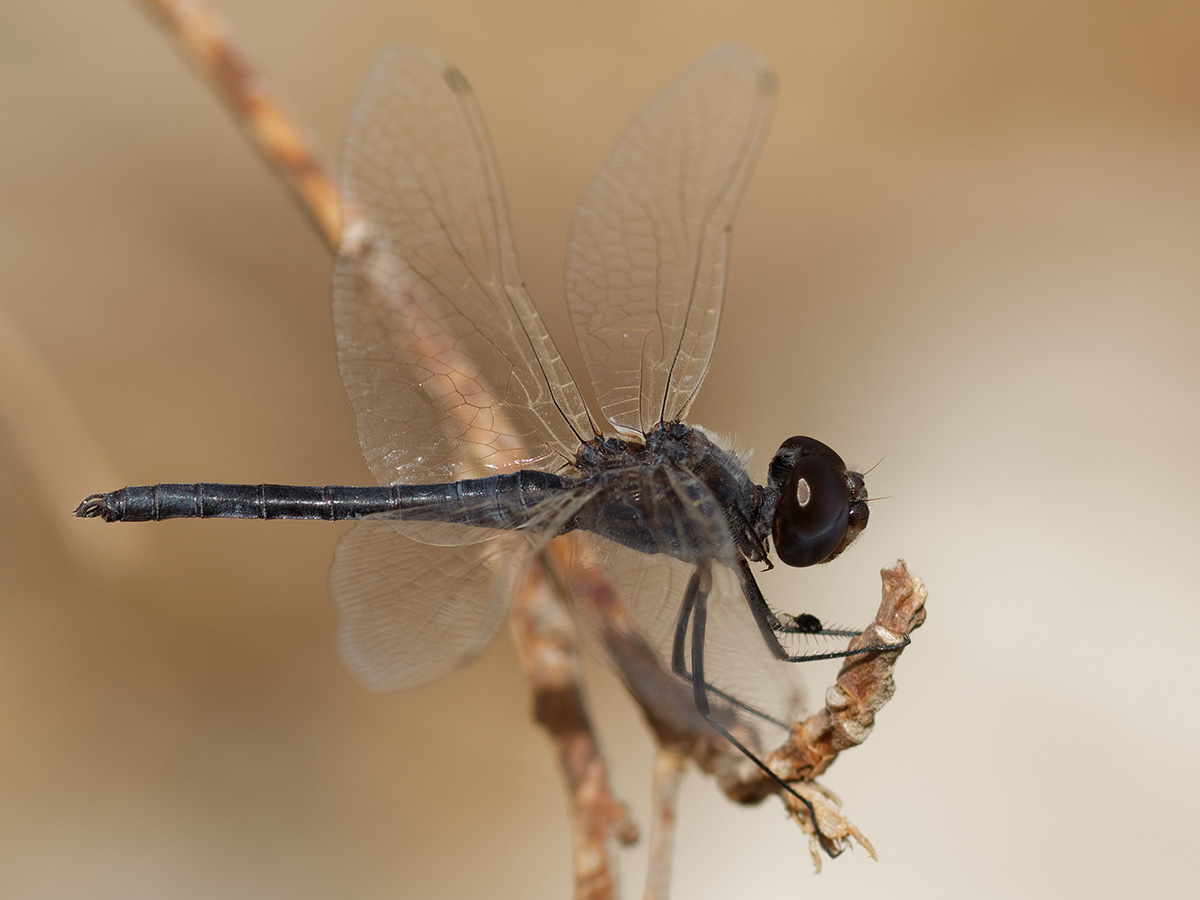 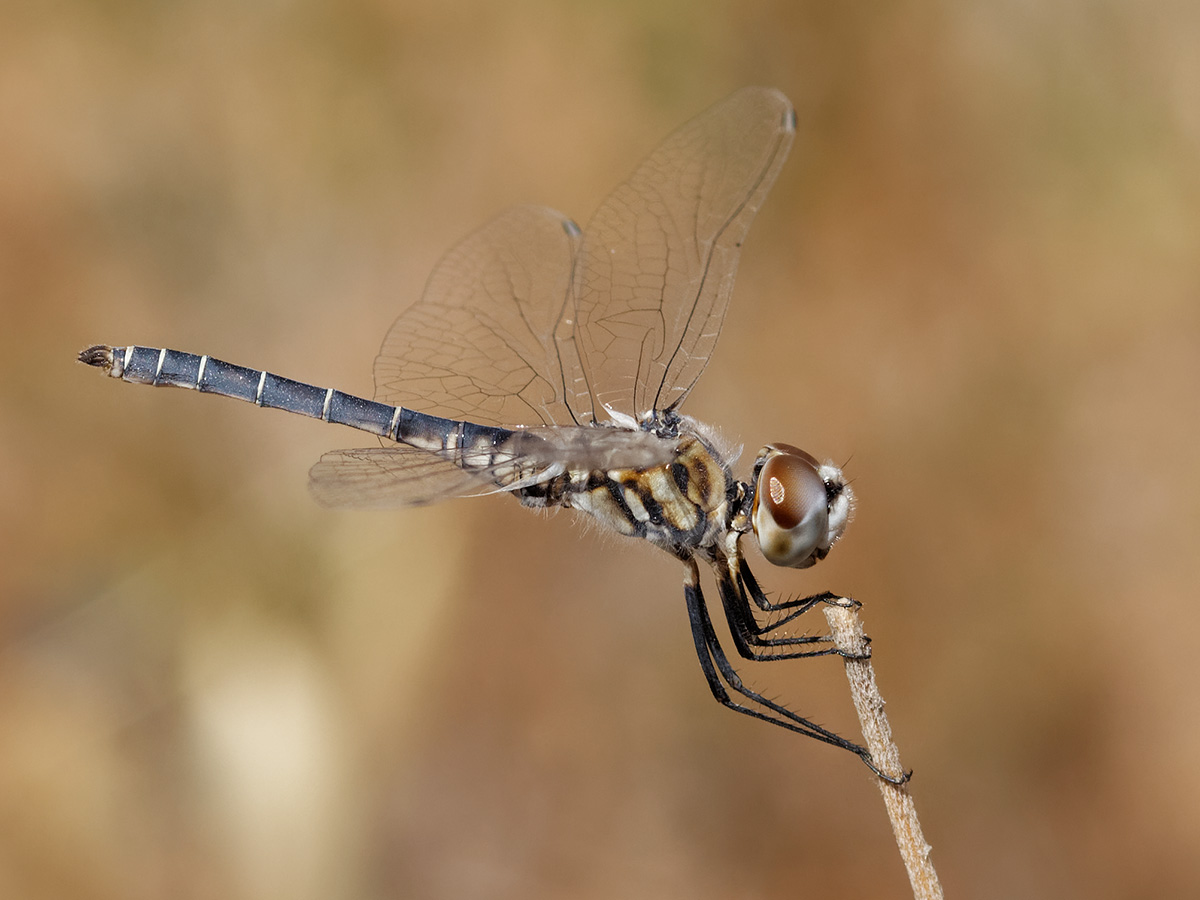 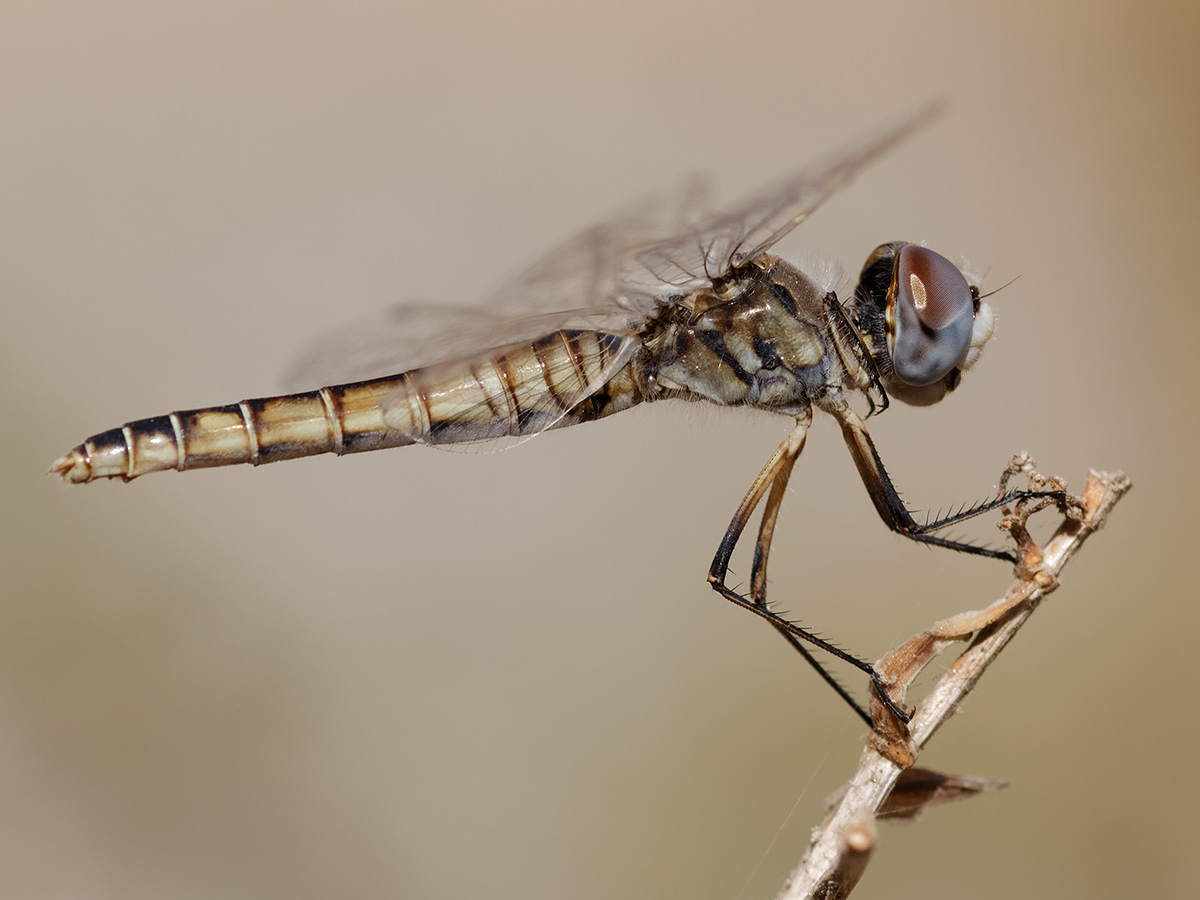 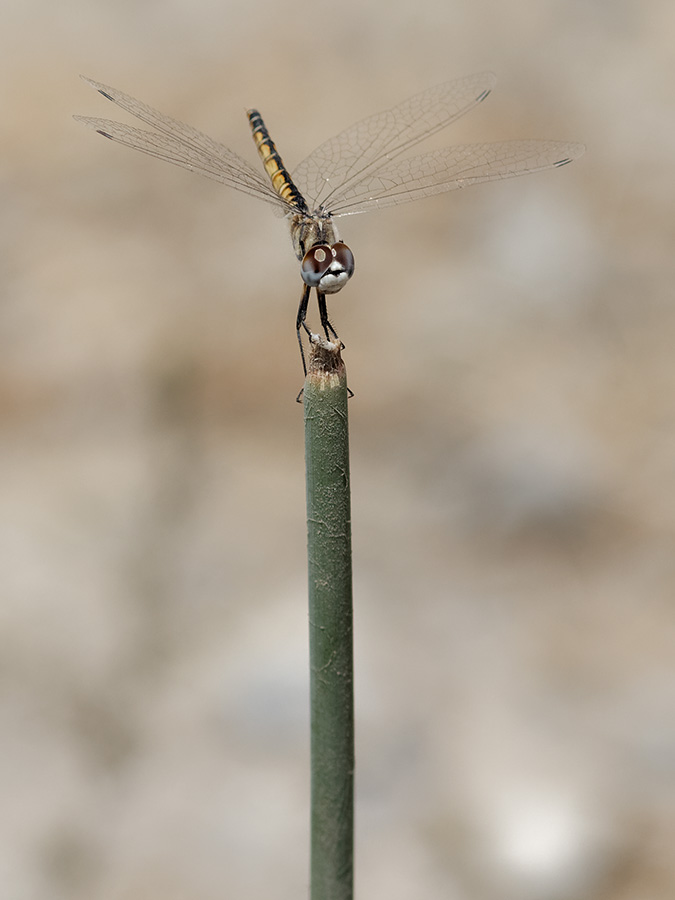 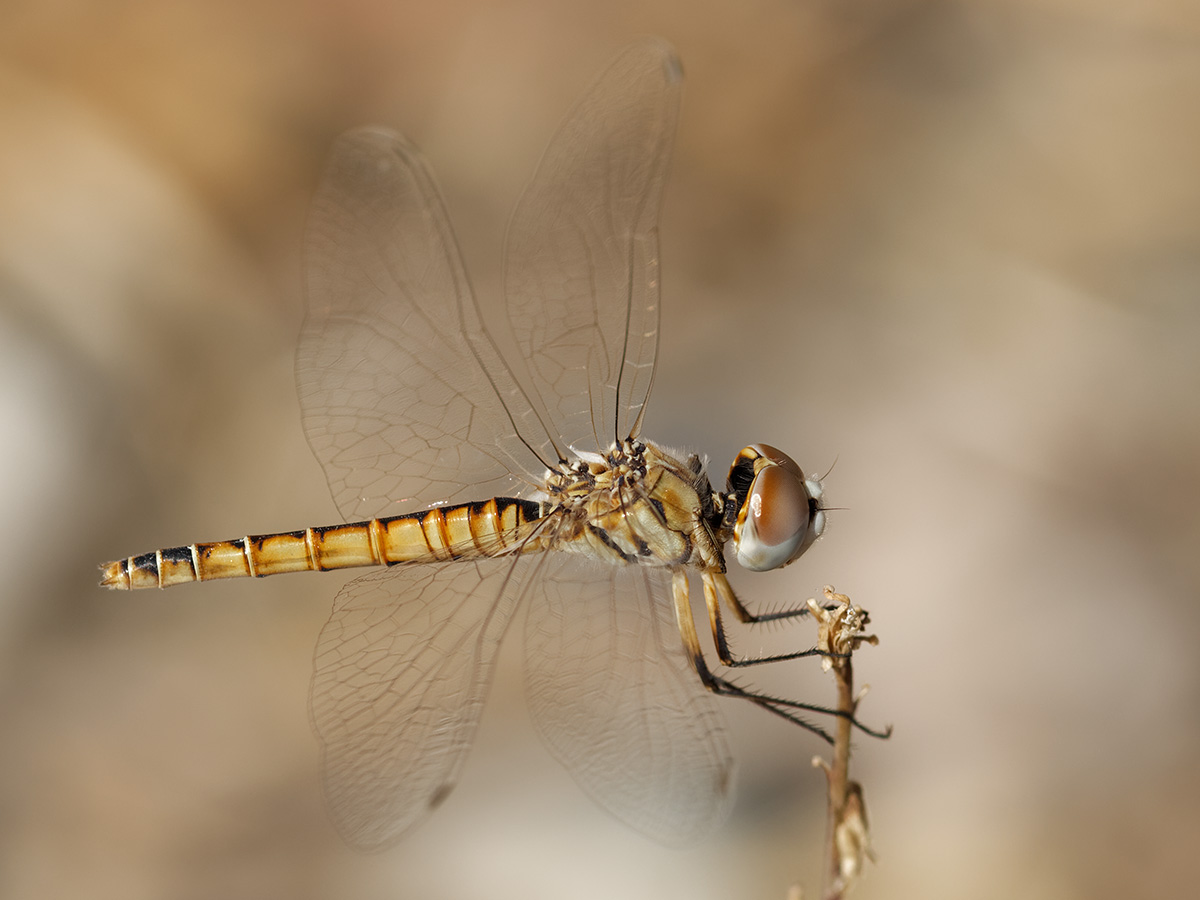