Sympetrum meridionale (Southern Darter) occurs from northern Africa to central Europe and in the east to central Asia. Although it’s common in most of its range, it becomes more scarce to the west (i.e. Iberia). Recently Southern Darters have expanded their range in northern direction, with new populations in Belgium and The Netherlands among others.
Southern Darters are known for their tendency to carry parasitic mite larvae on their wing veins. These mites feed on haemolymph from the wing veins and return to an aquatic habitat eventually for their adult stage. 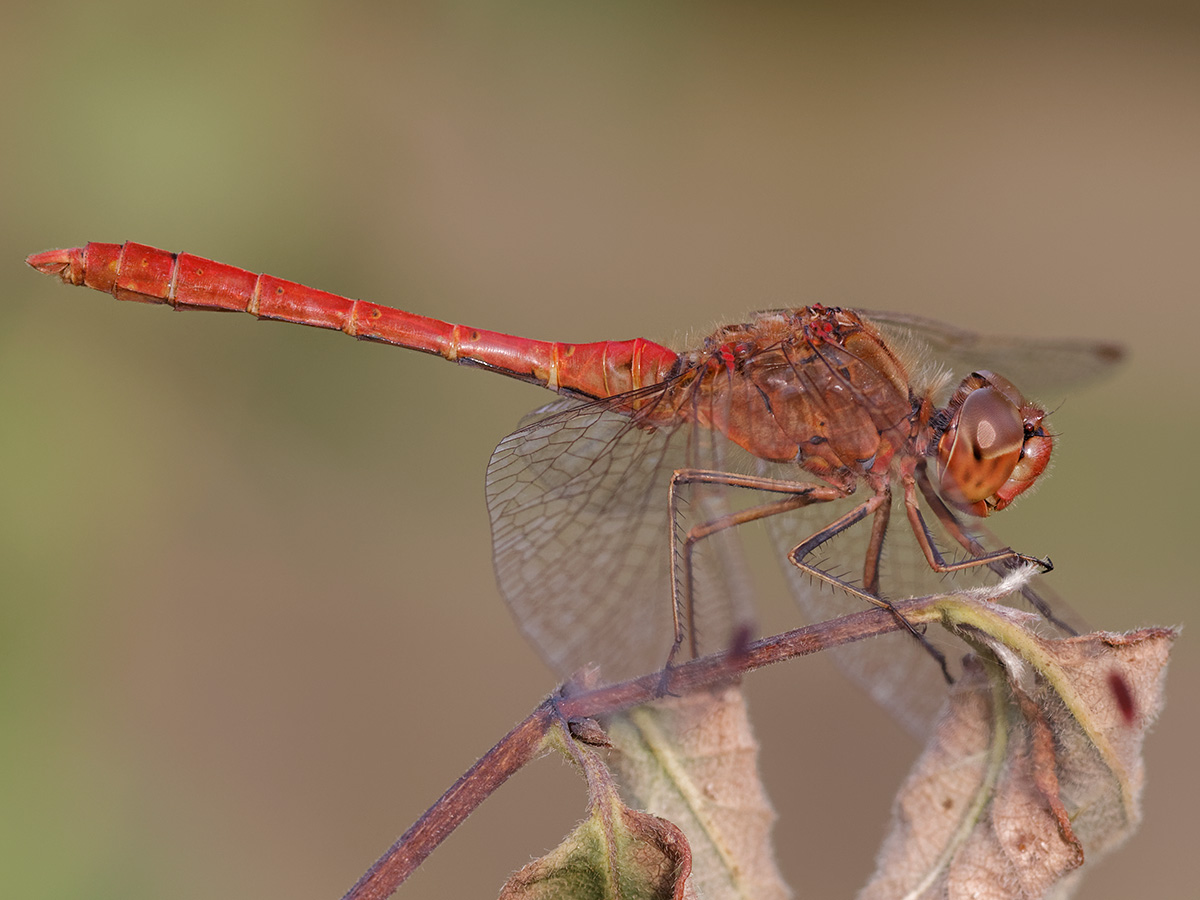 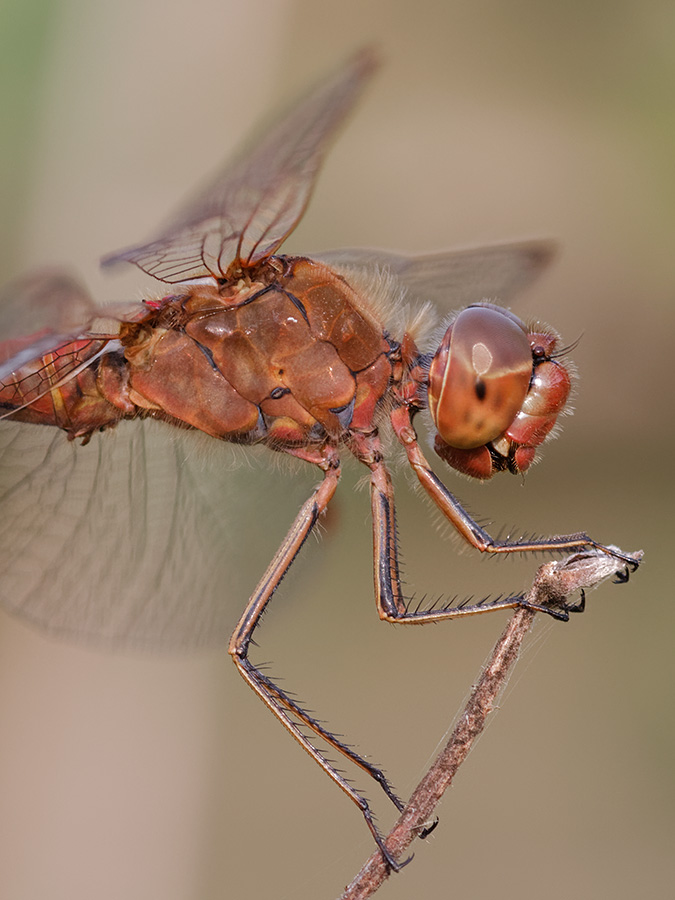 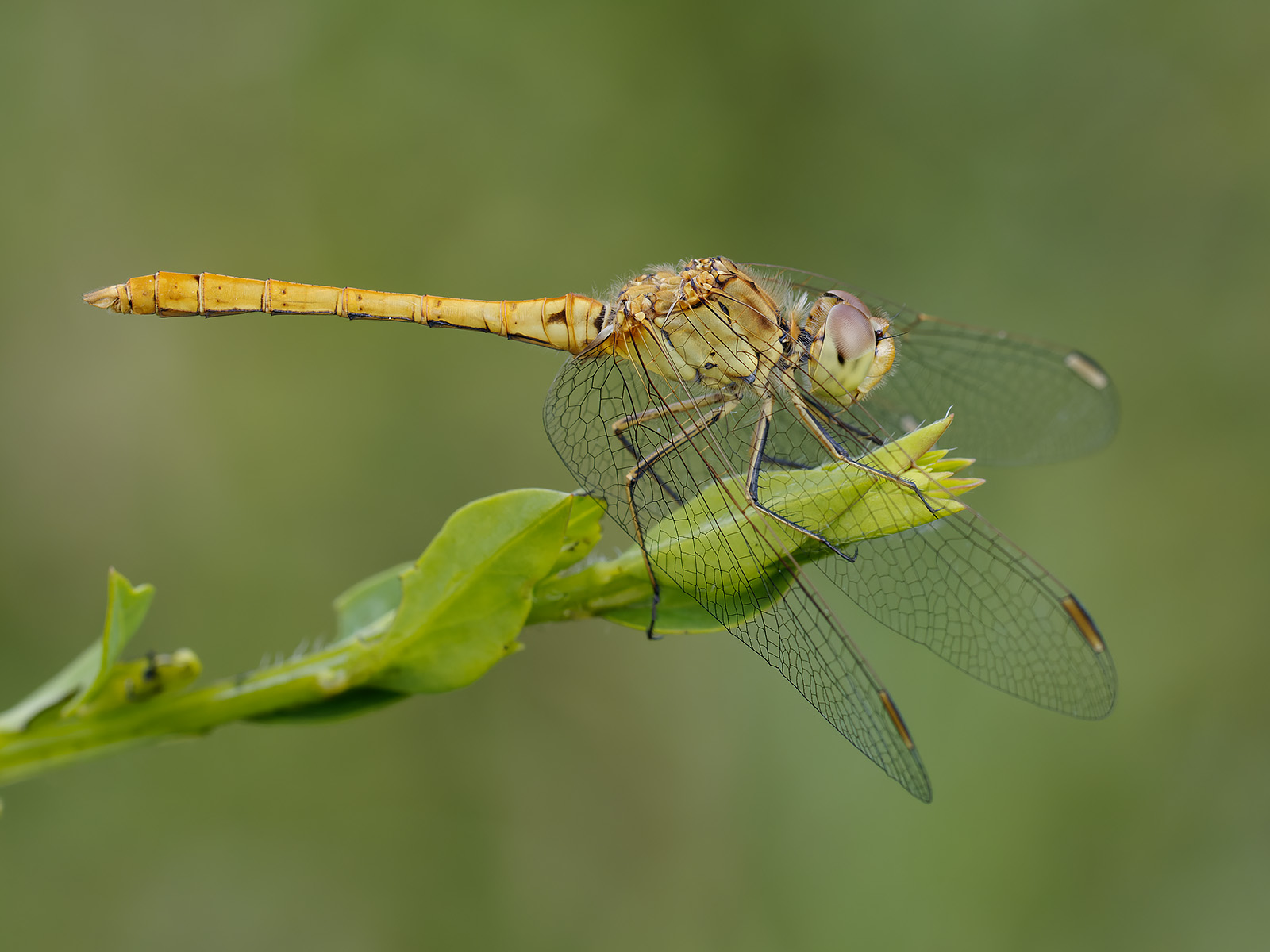 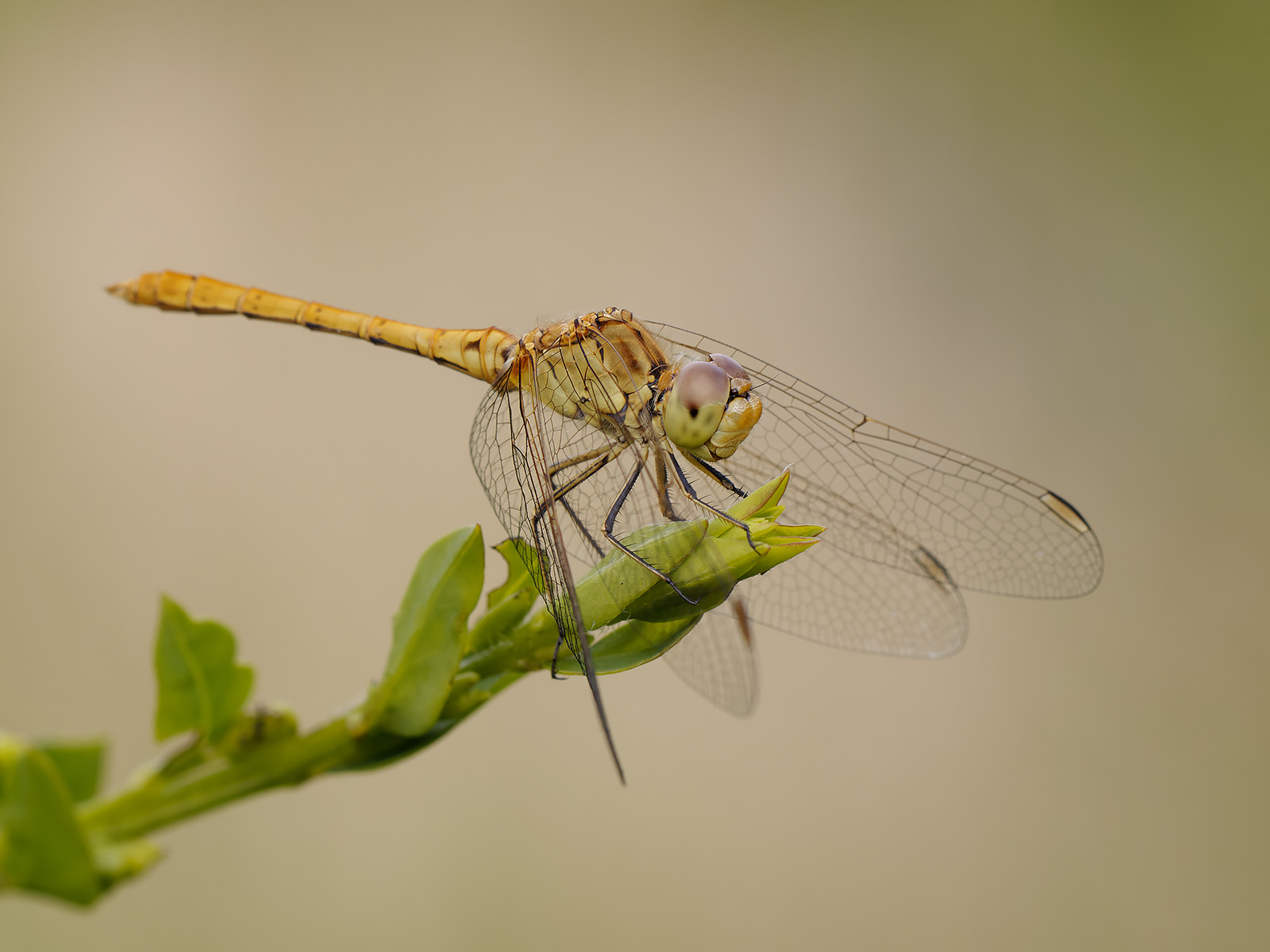 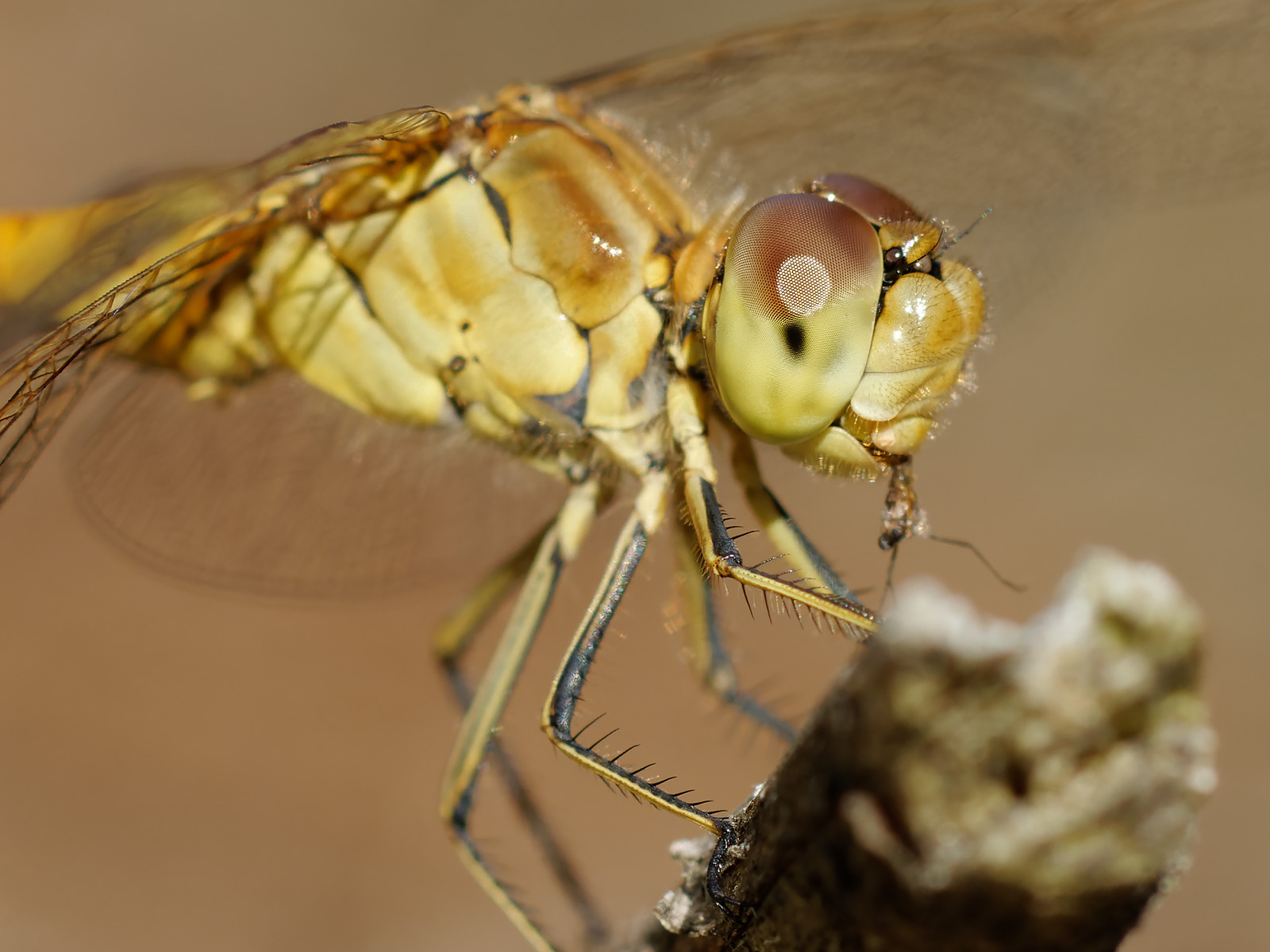 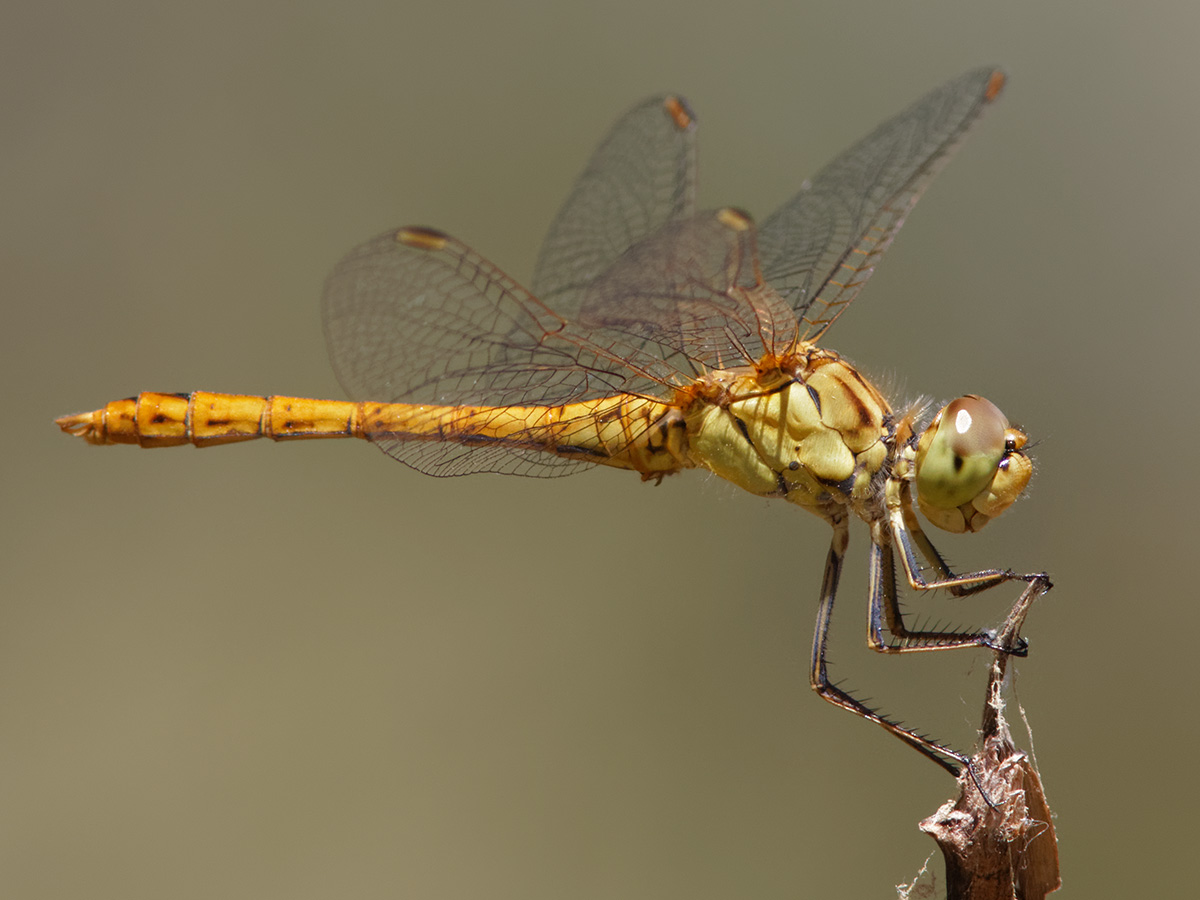 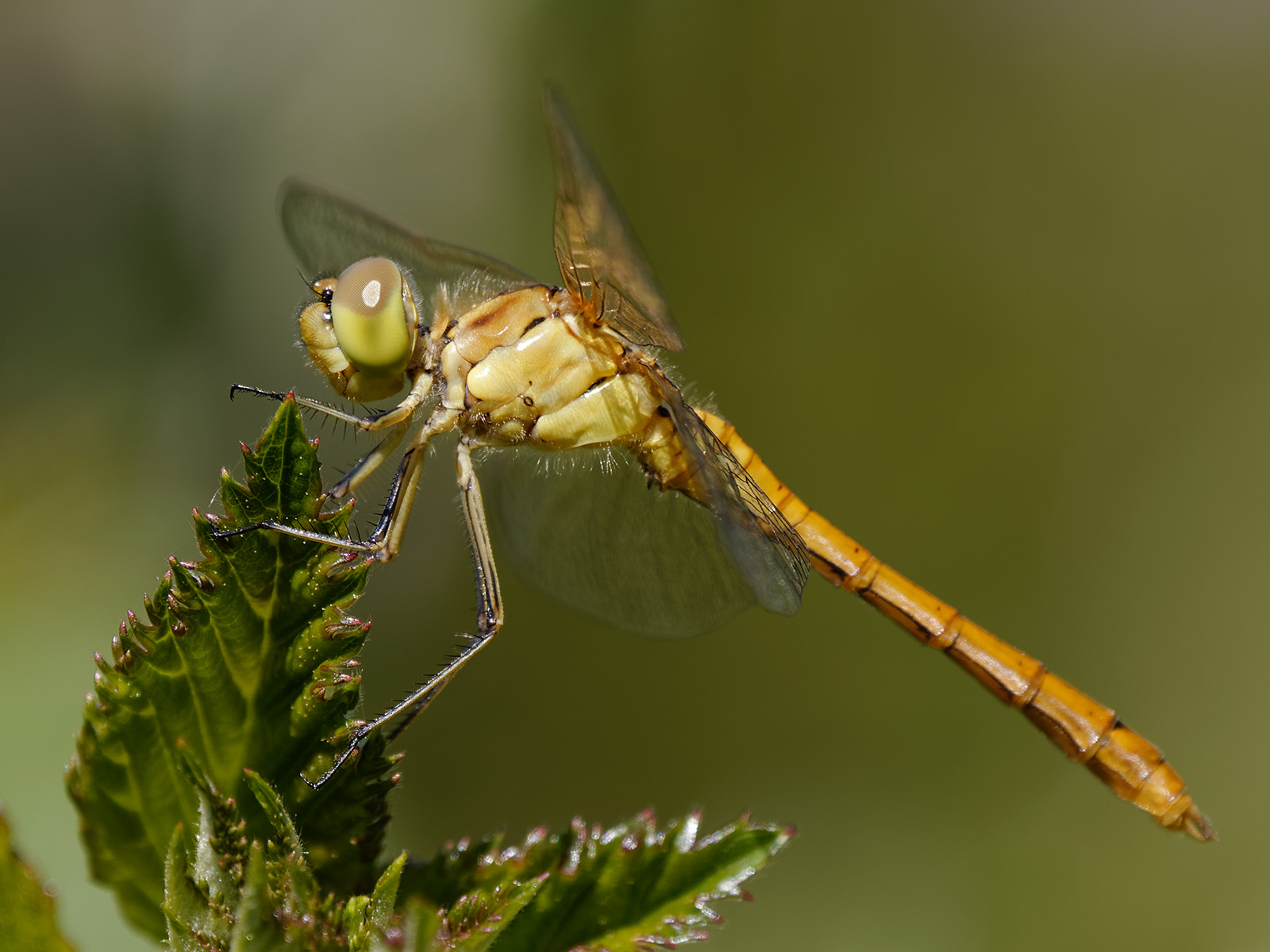 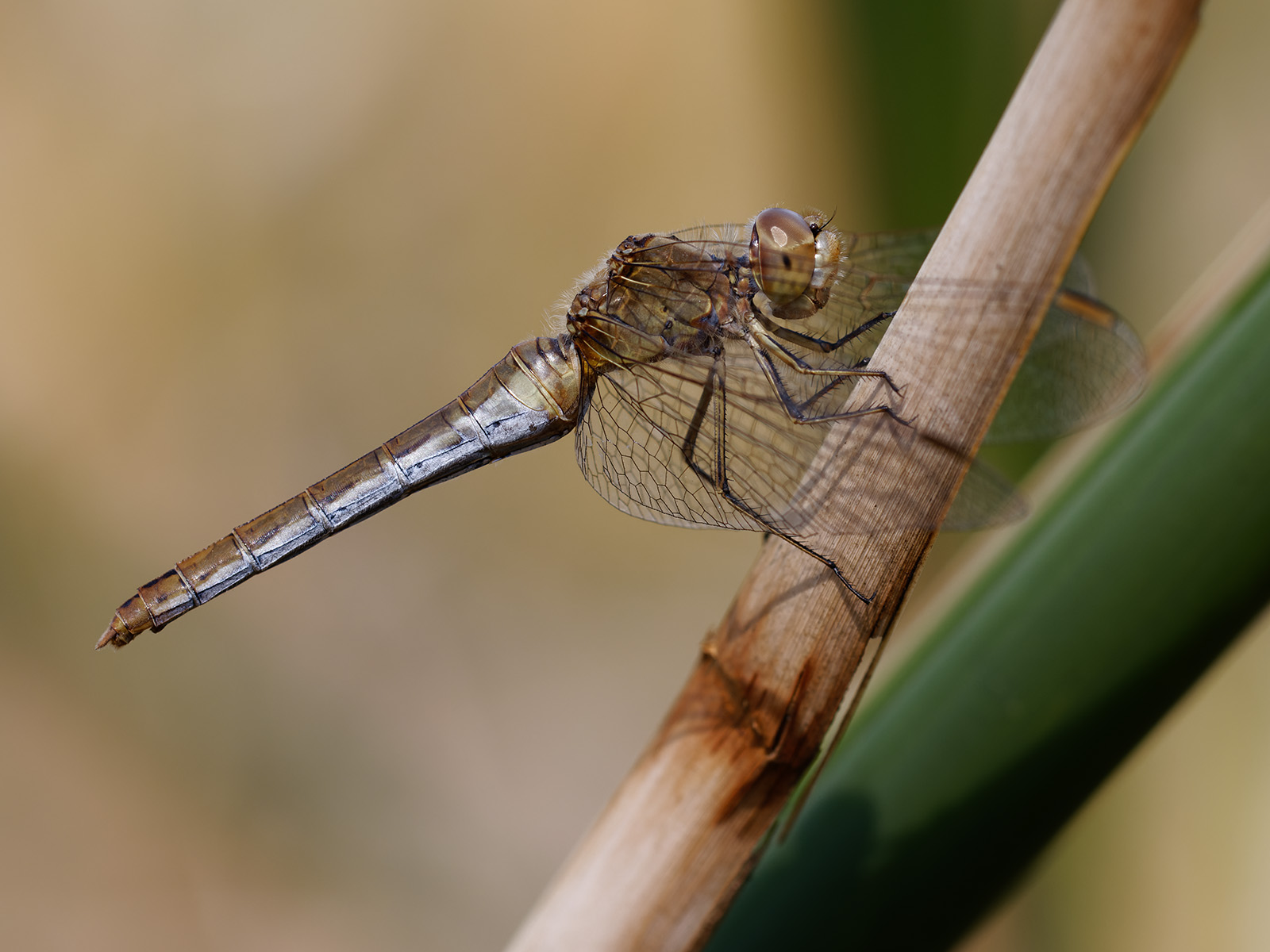 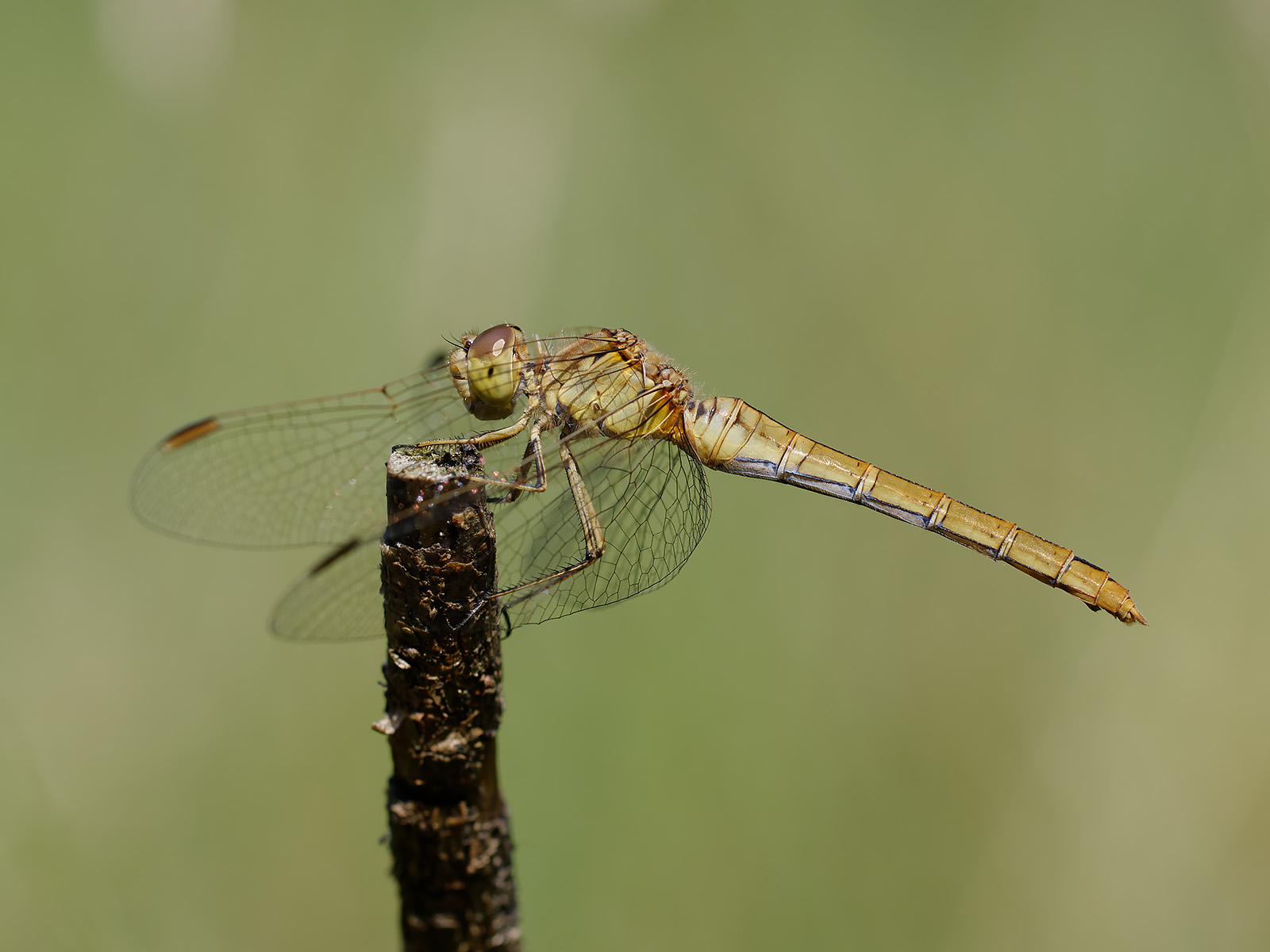 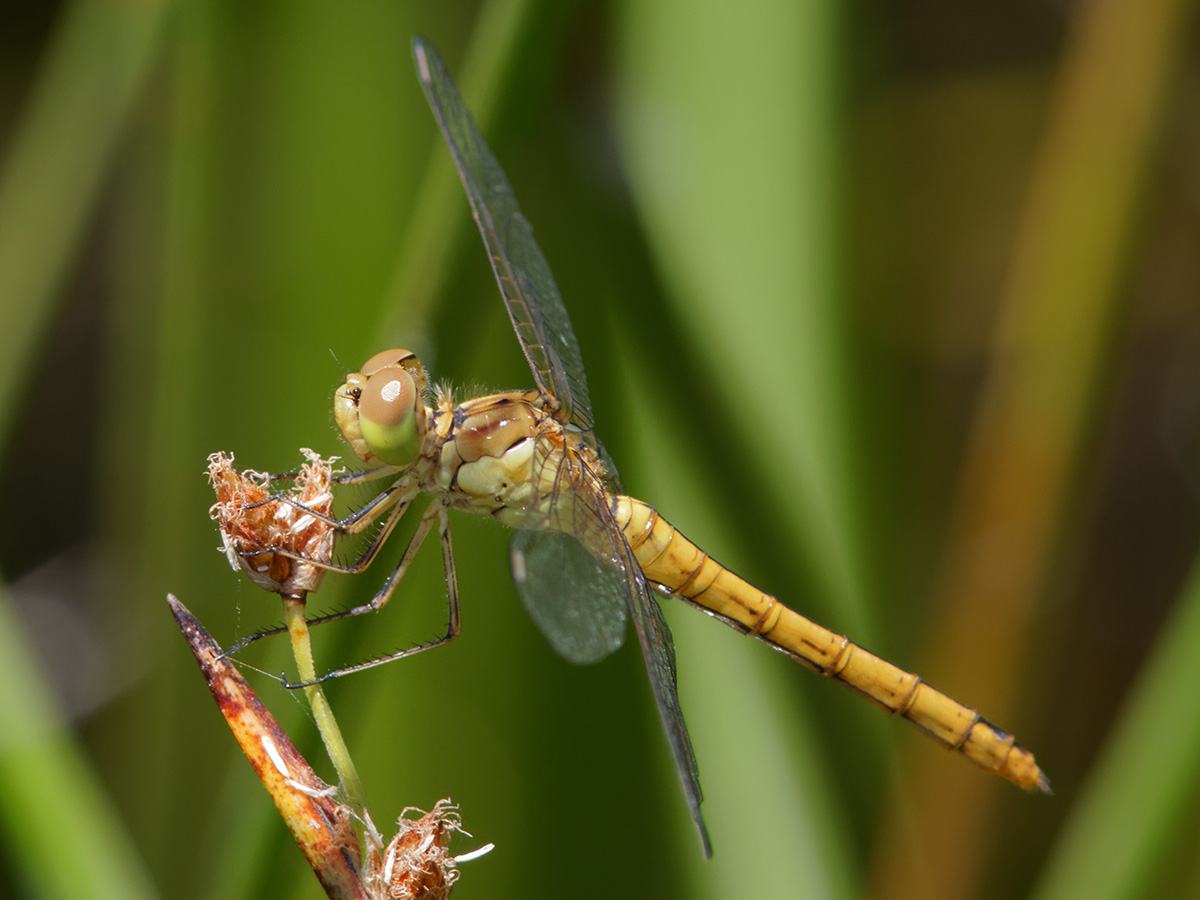 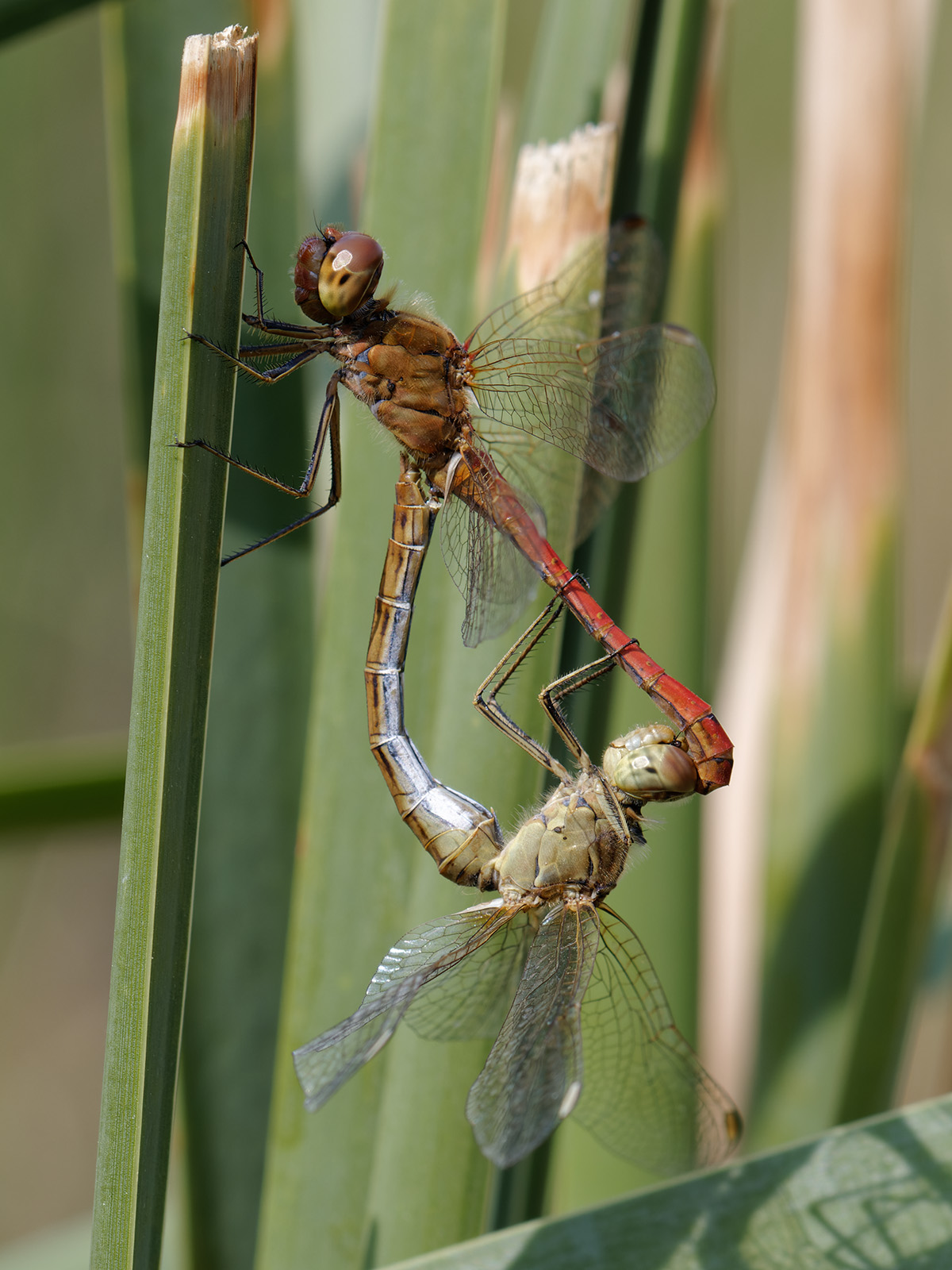 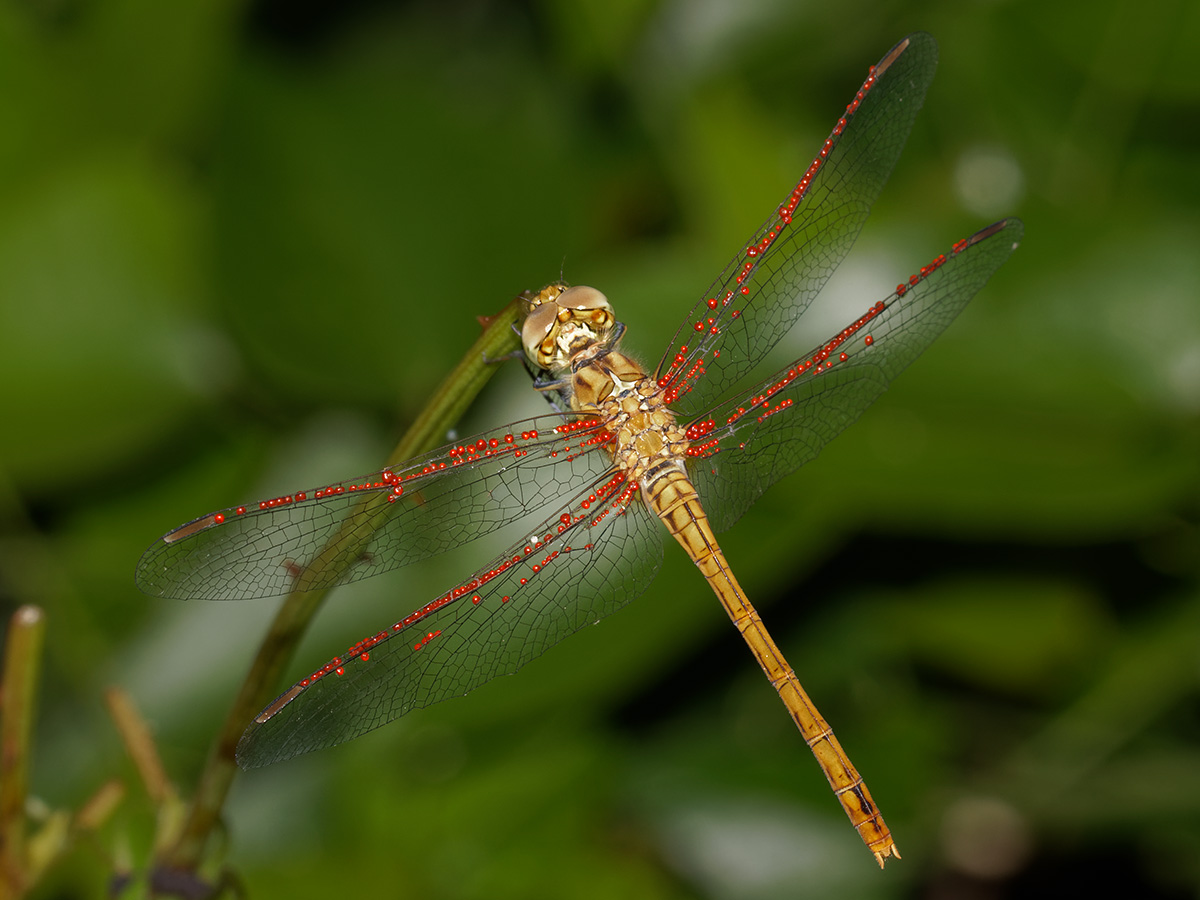 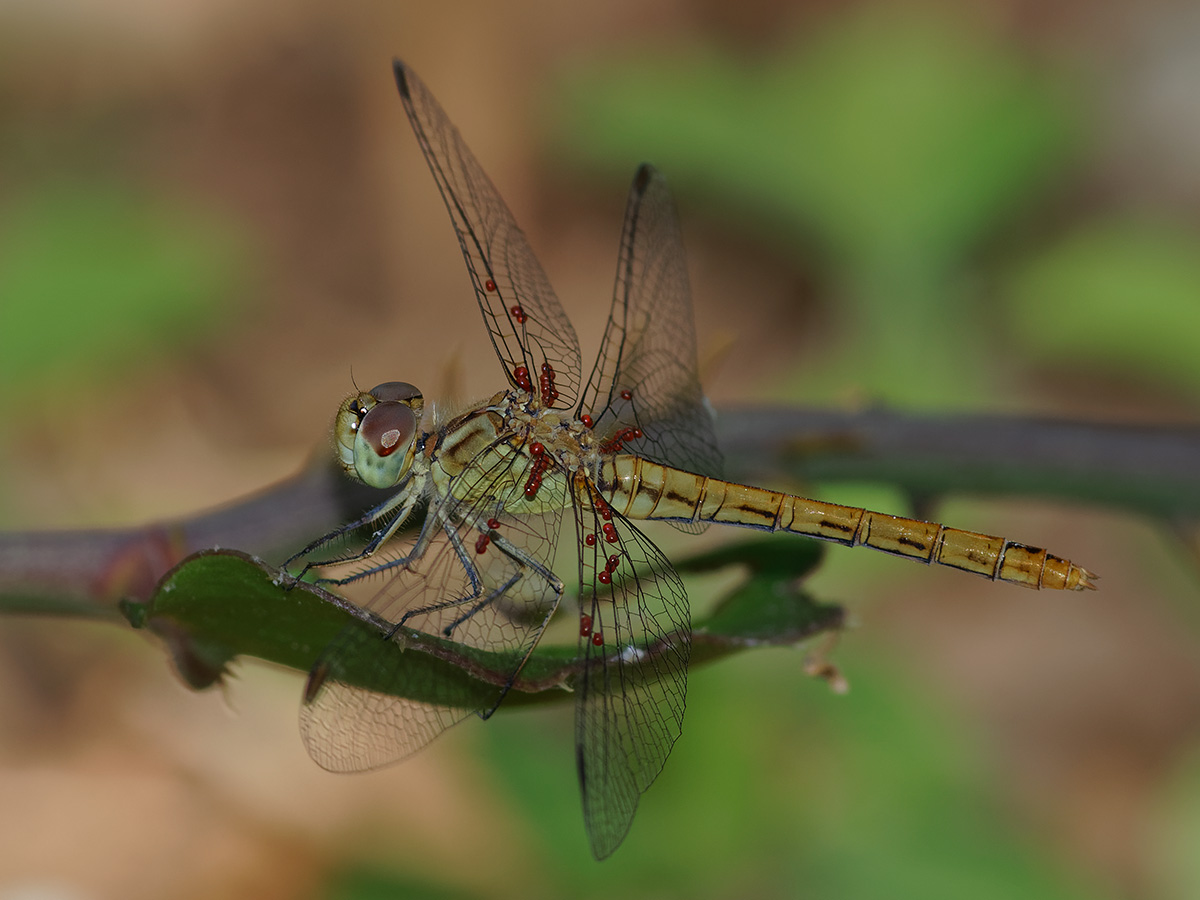 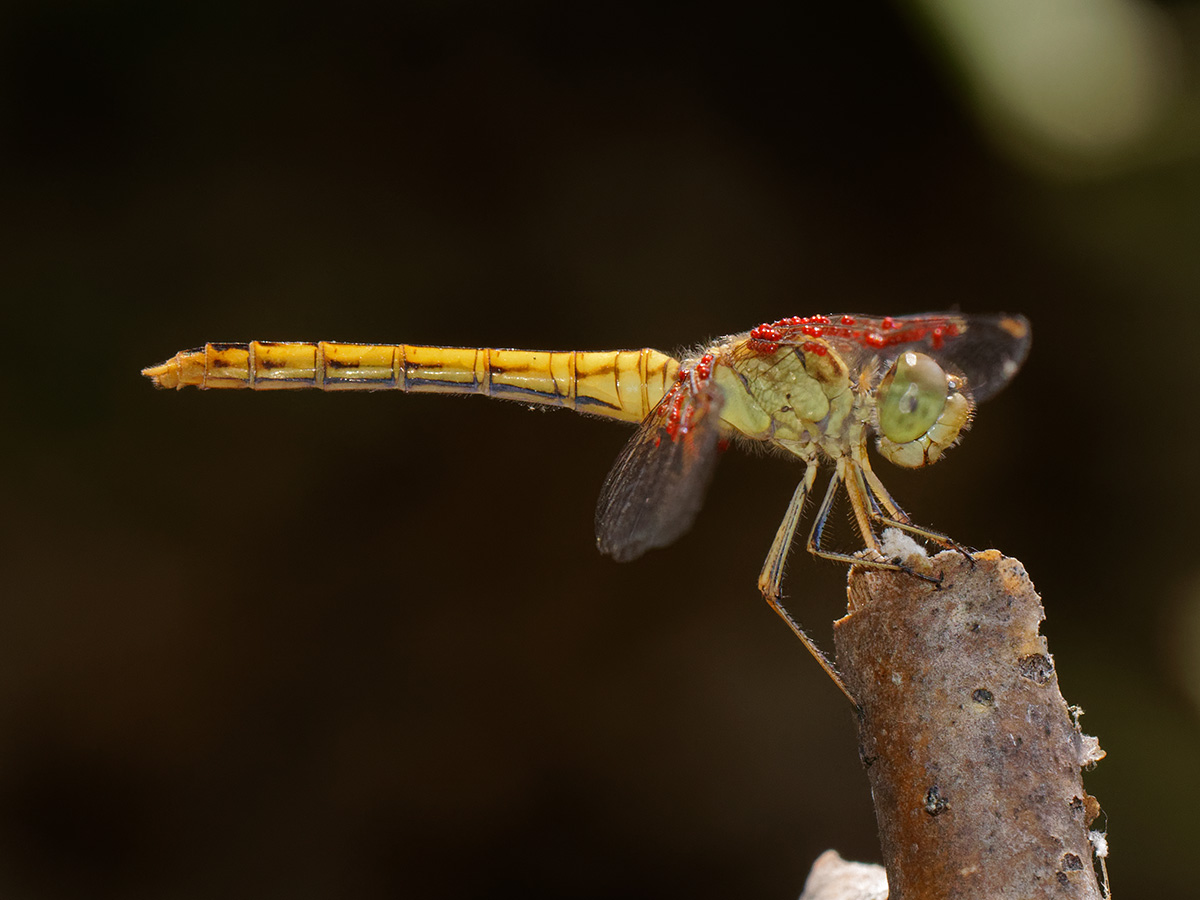 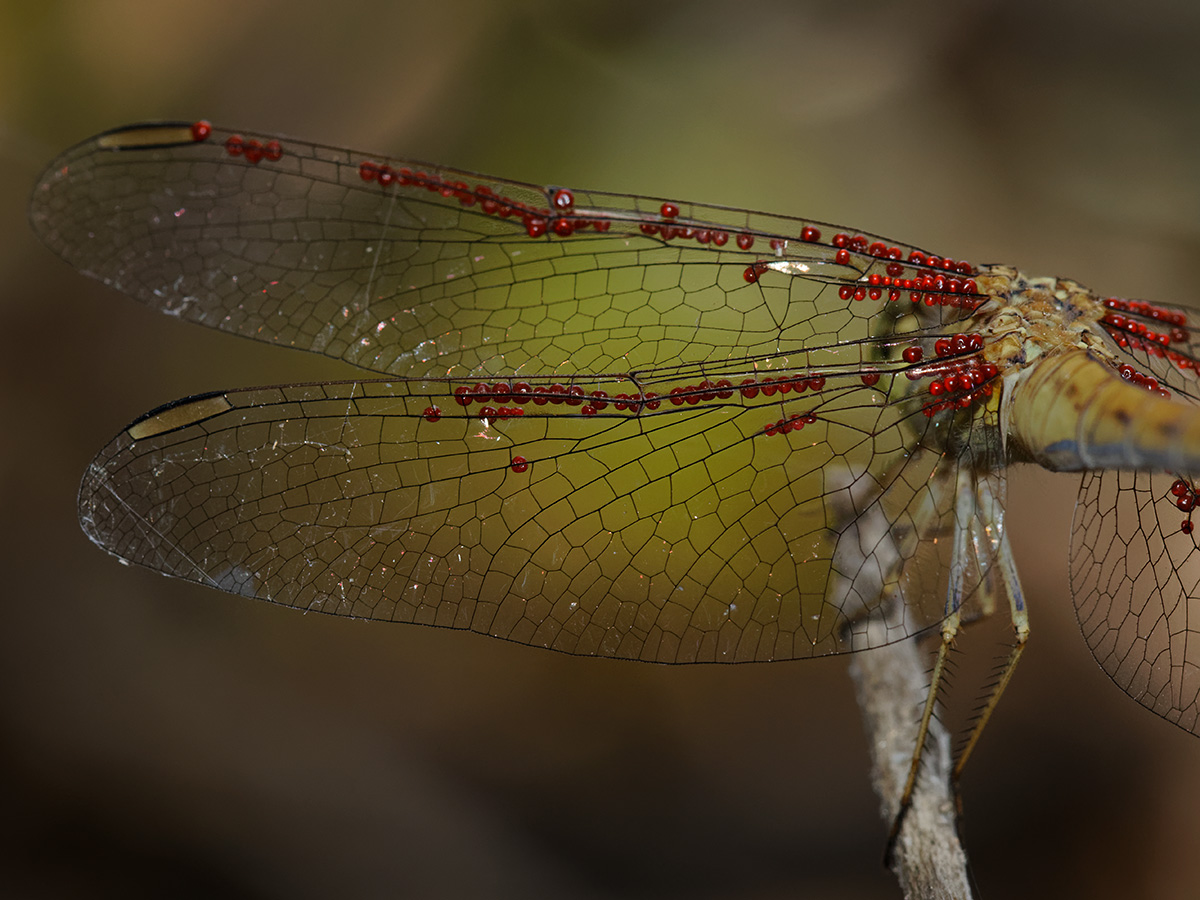 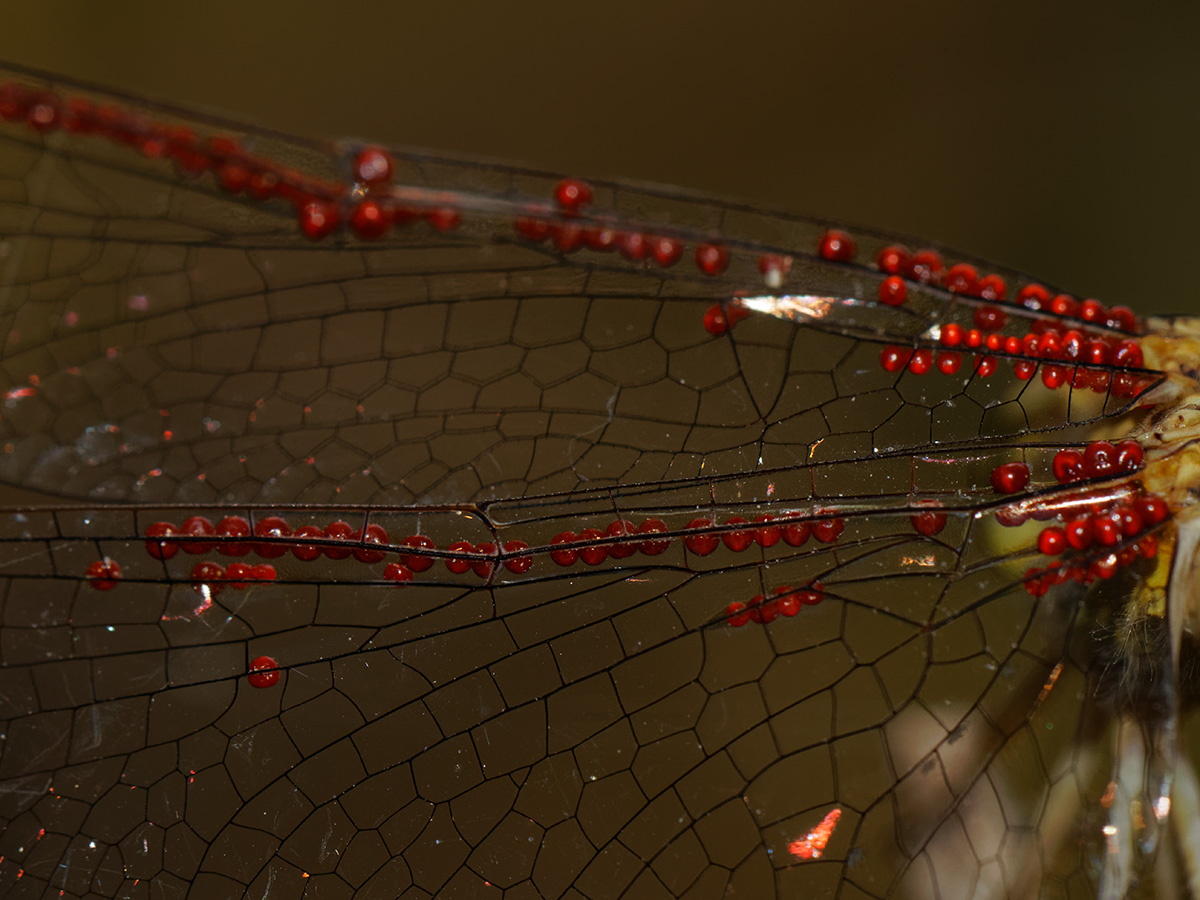