Sympecma fusca (Common Winter Damselfly) is one of only two Odonata species in Europe of which imagos can be found in every season. Imagos overwinter on sheltered places, often heathlands surrounded by forest, away from water. In spring they return to their freshwater habitat to mate and oviposit. The next generation emerges in summer.
The geographical range includes northern Africa, southern and central Europe and western Asia.
Common Winter Damselflies look very similar to the other species that overwinters as imagos: Siberian Winter Damselfly (Sympecma paedisca). The two species can be distinguished by the markings on their thorax as well as the subtle difference in colours: Common Winter Damsels are generally lighter and more contrasted in colours.

Read more about the exceptional life cycle and hibernation of both Sympecma species: Frozen Damselflies 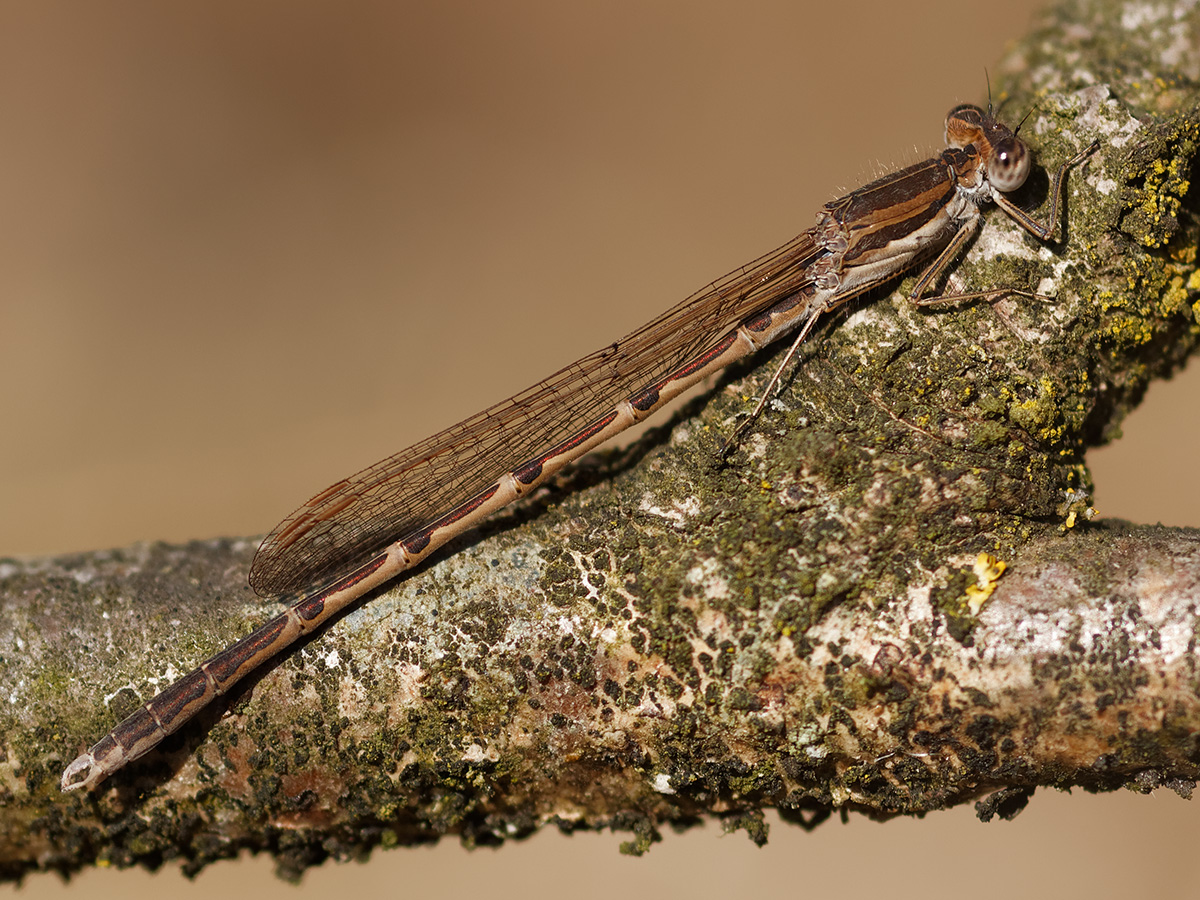 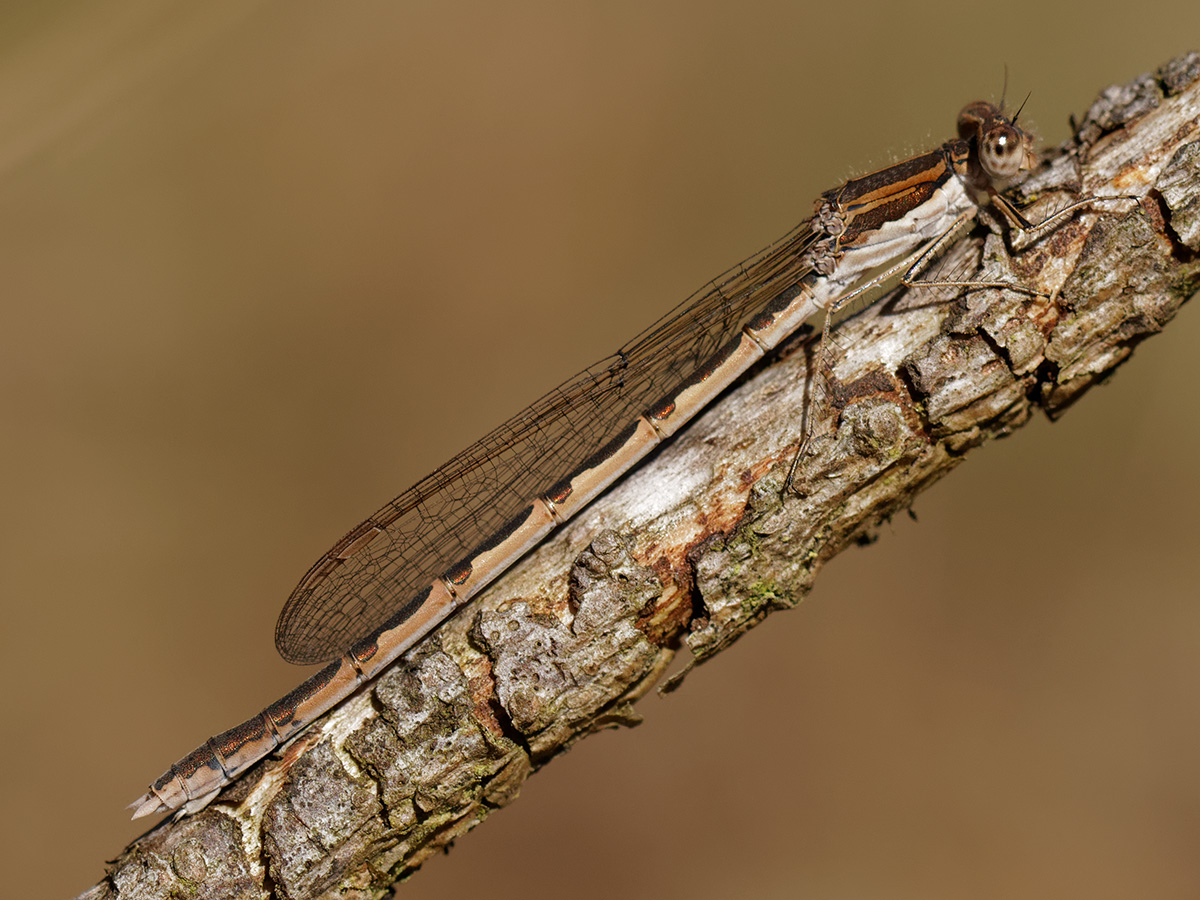 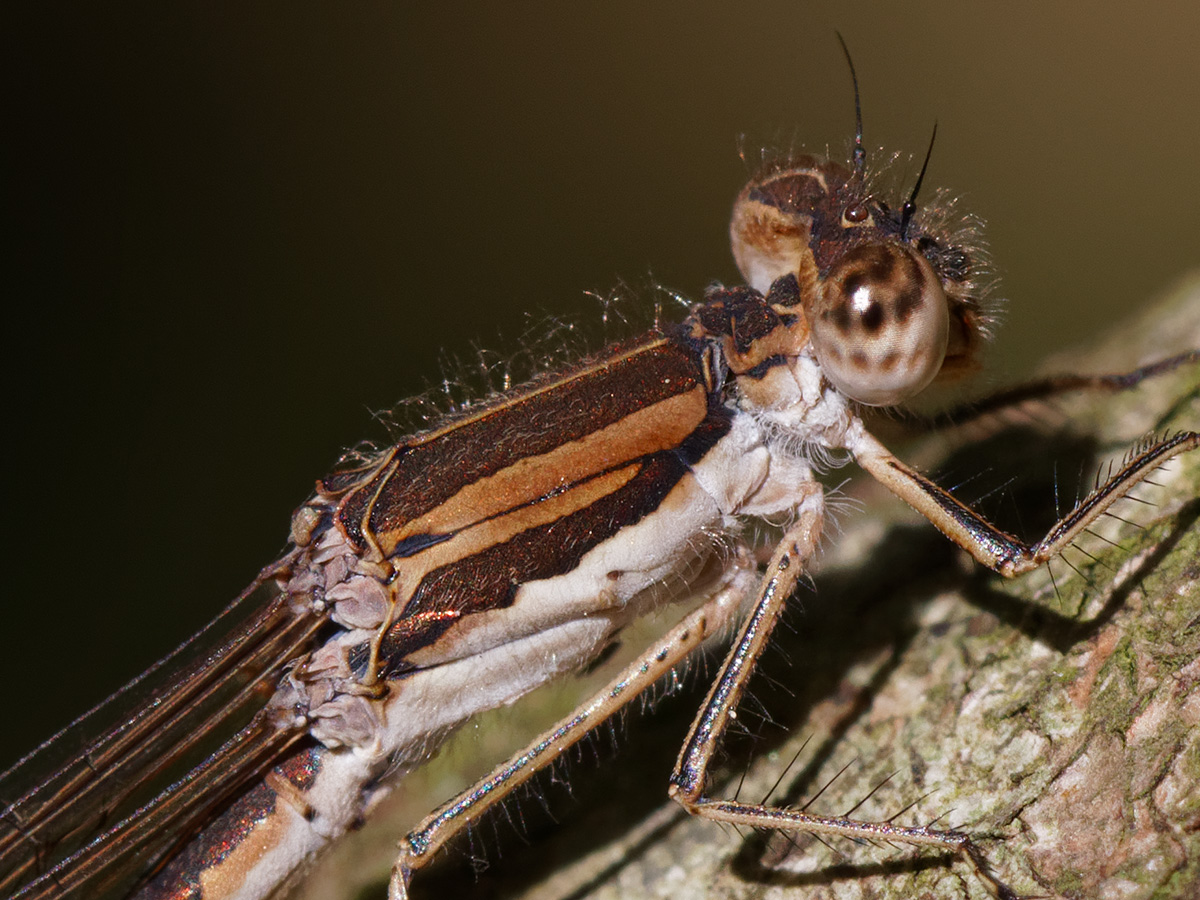 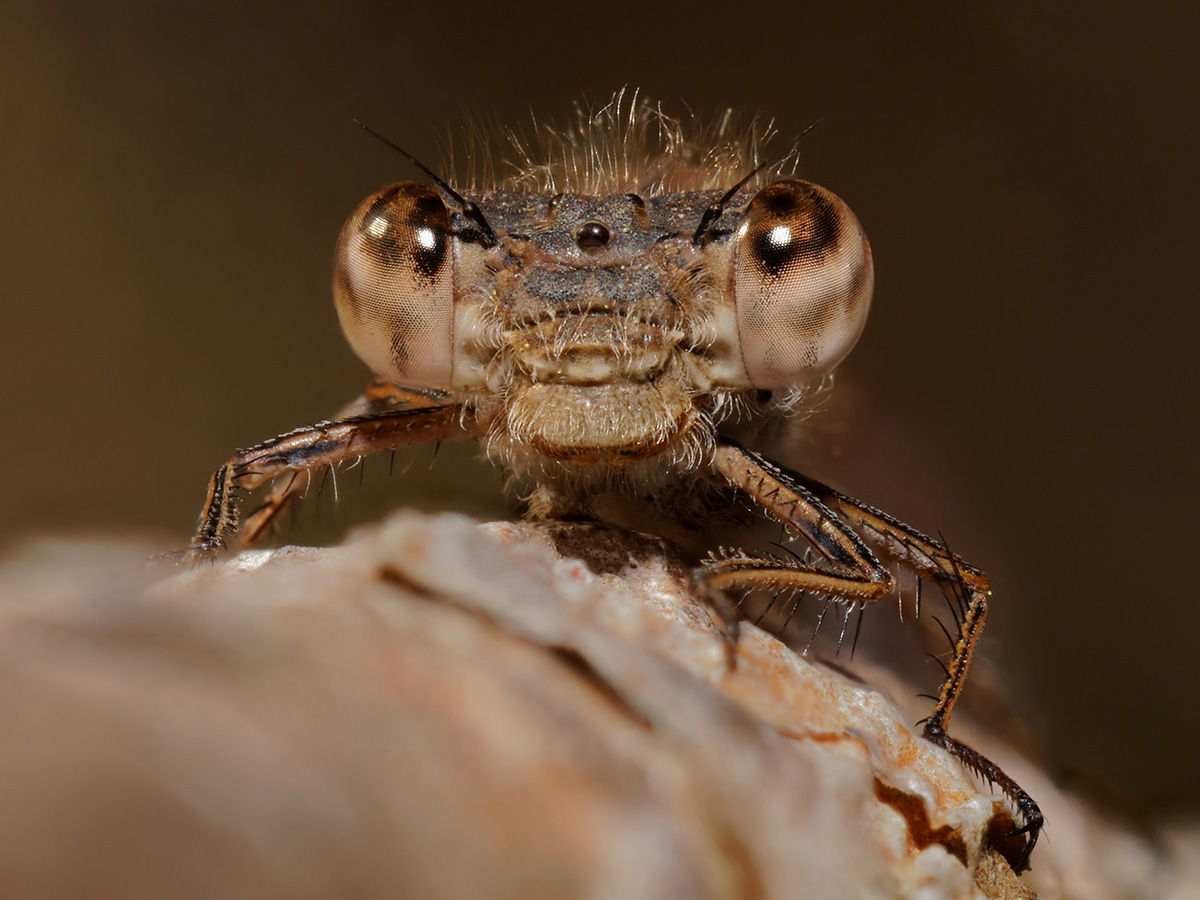 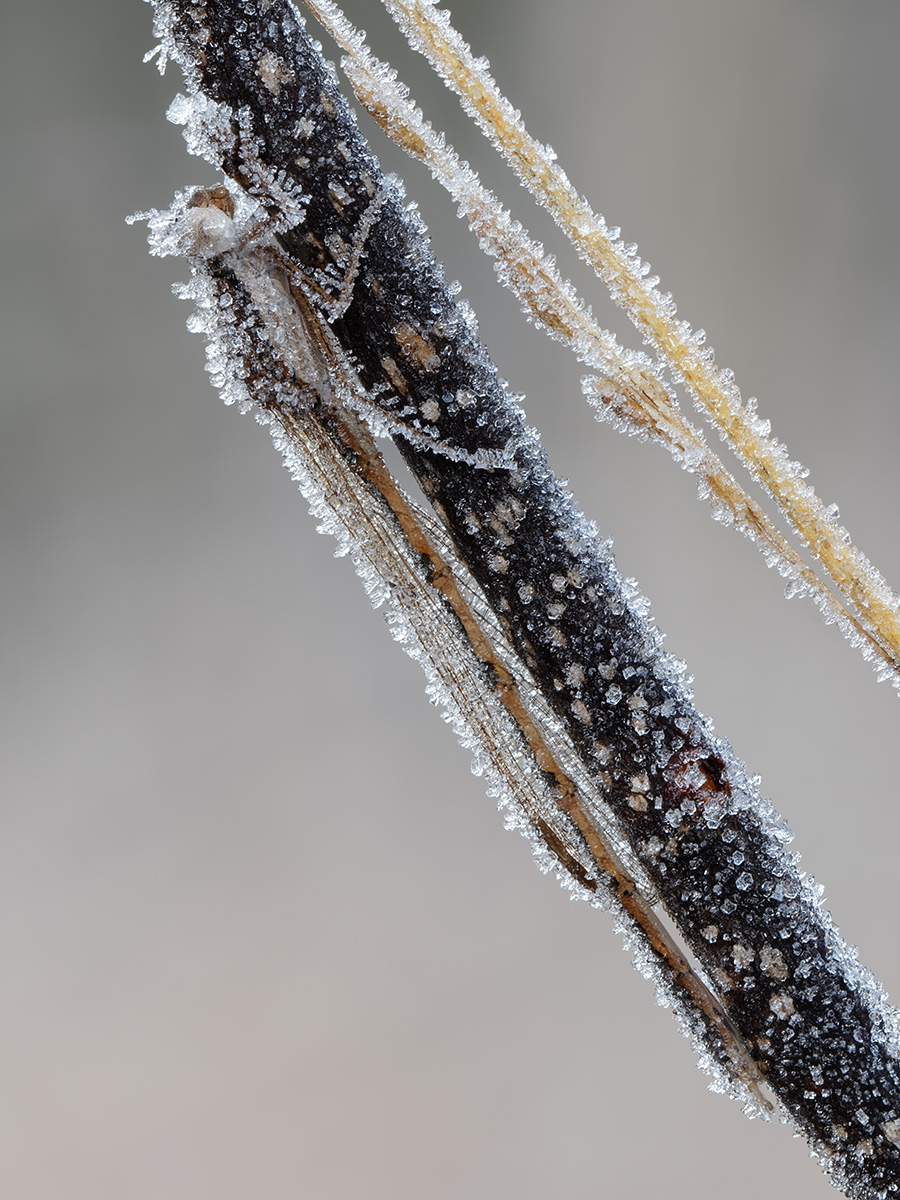 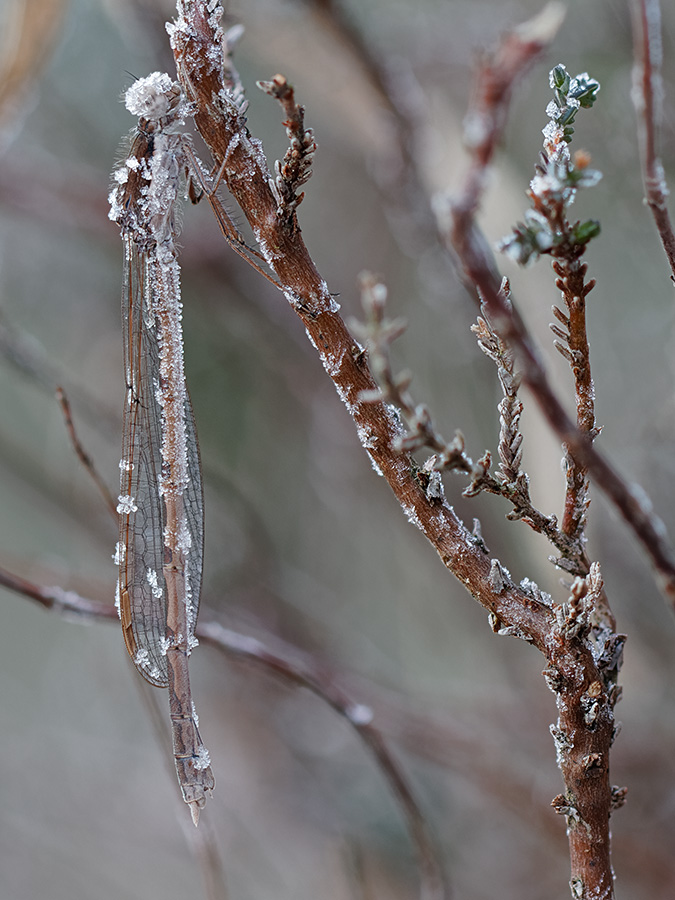 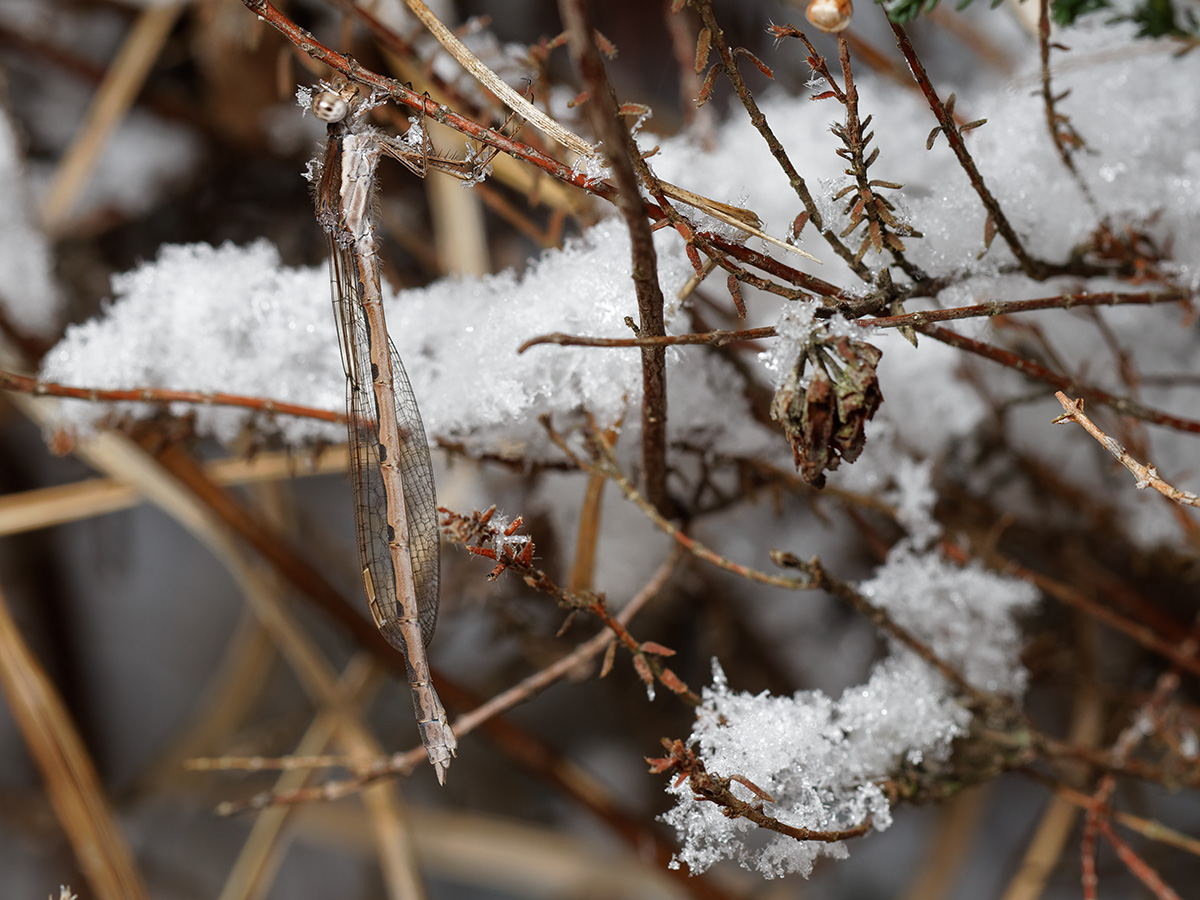 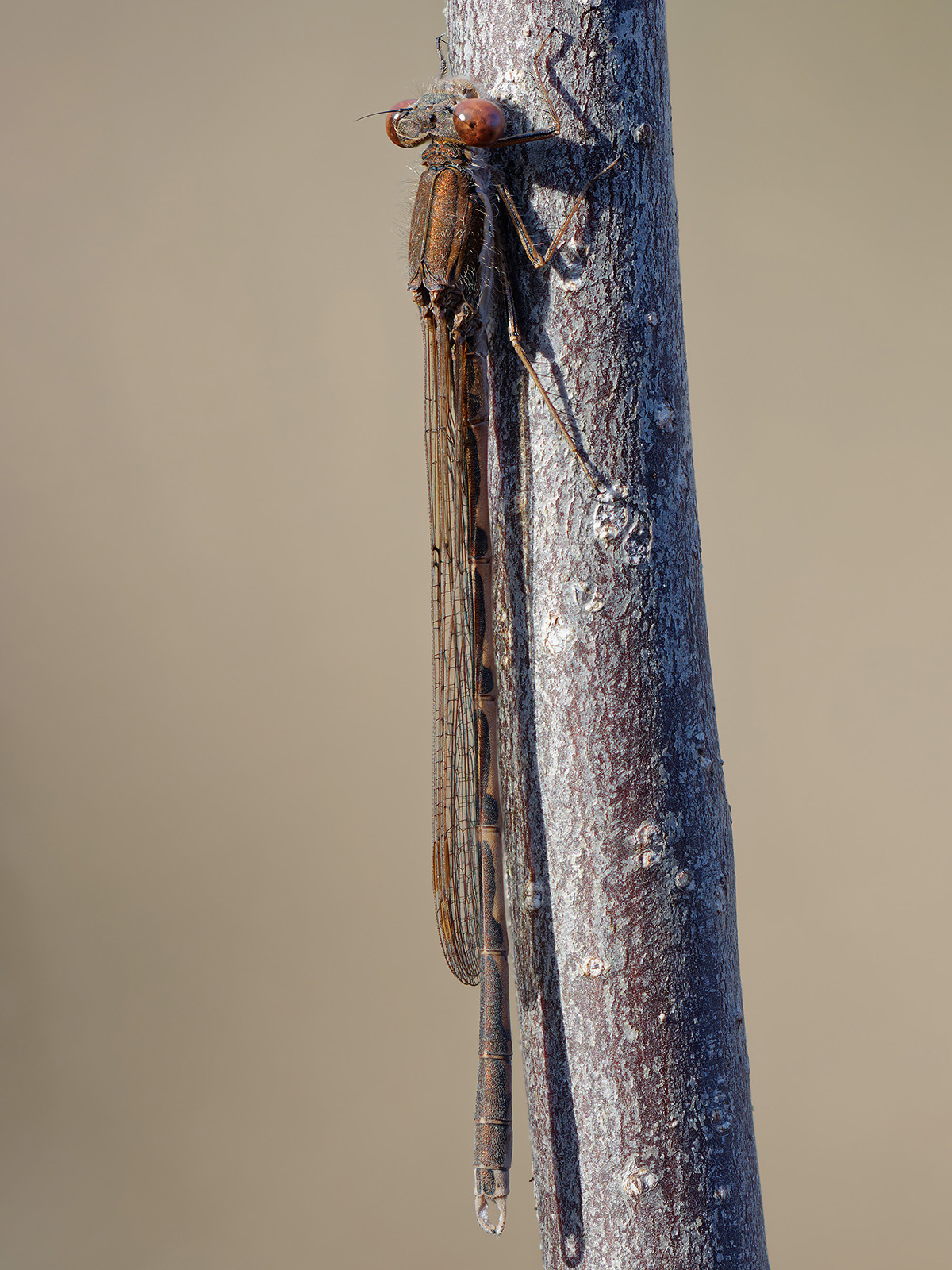 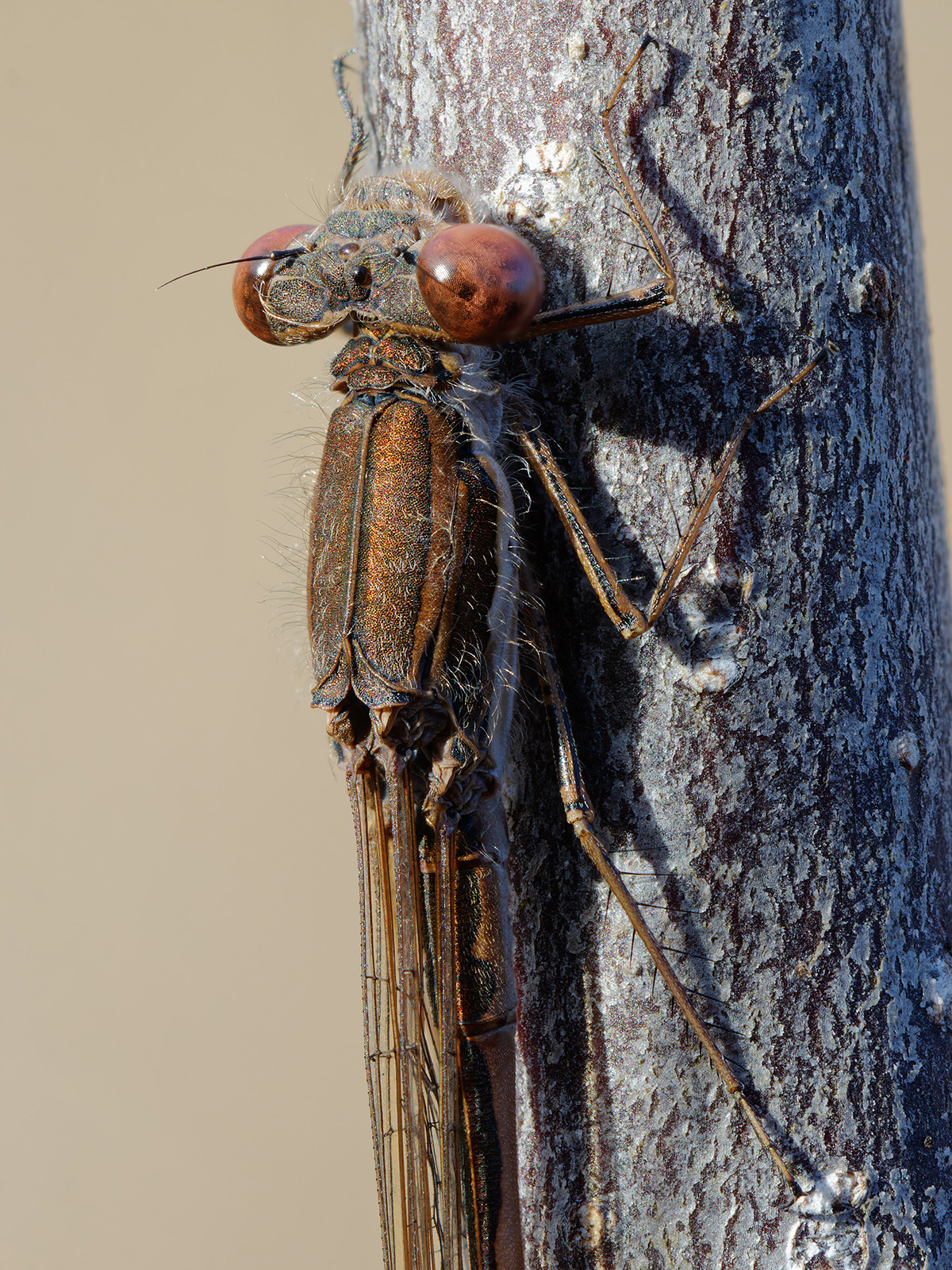 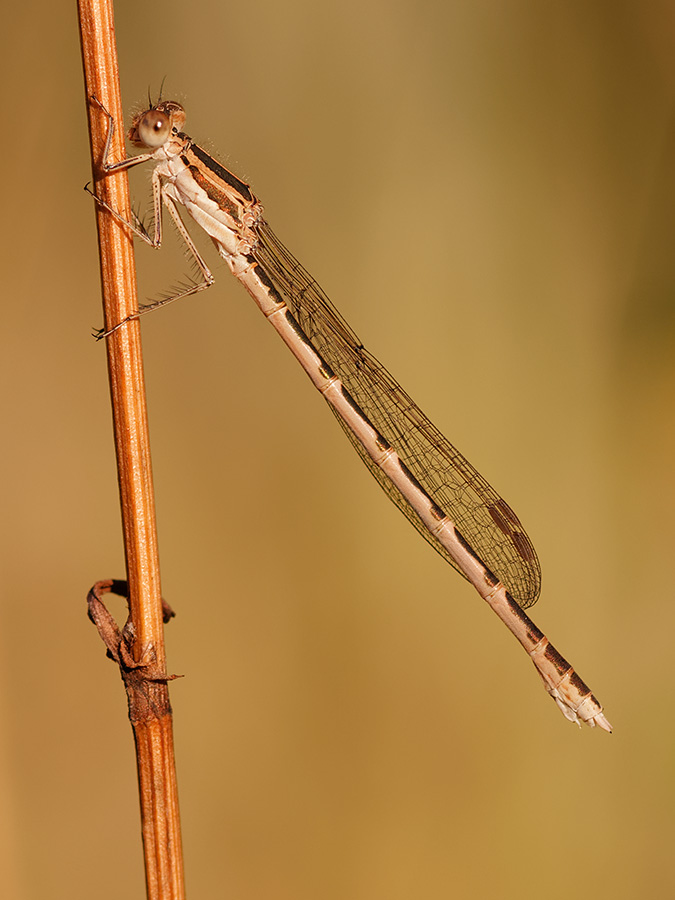 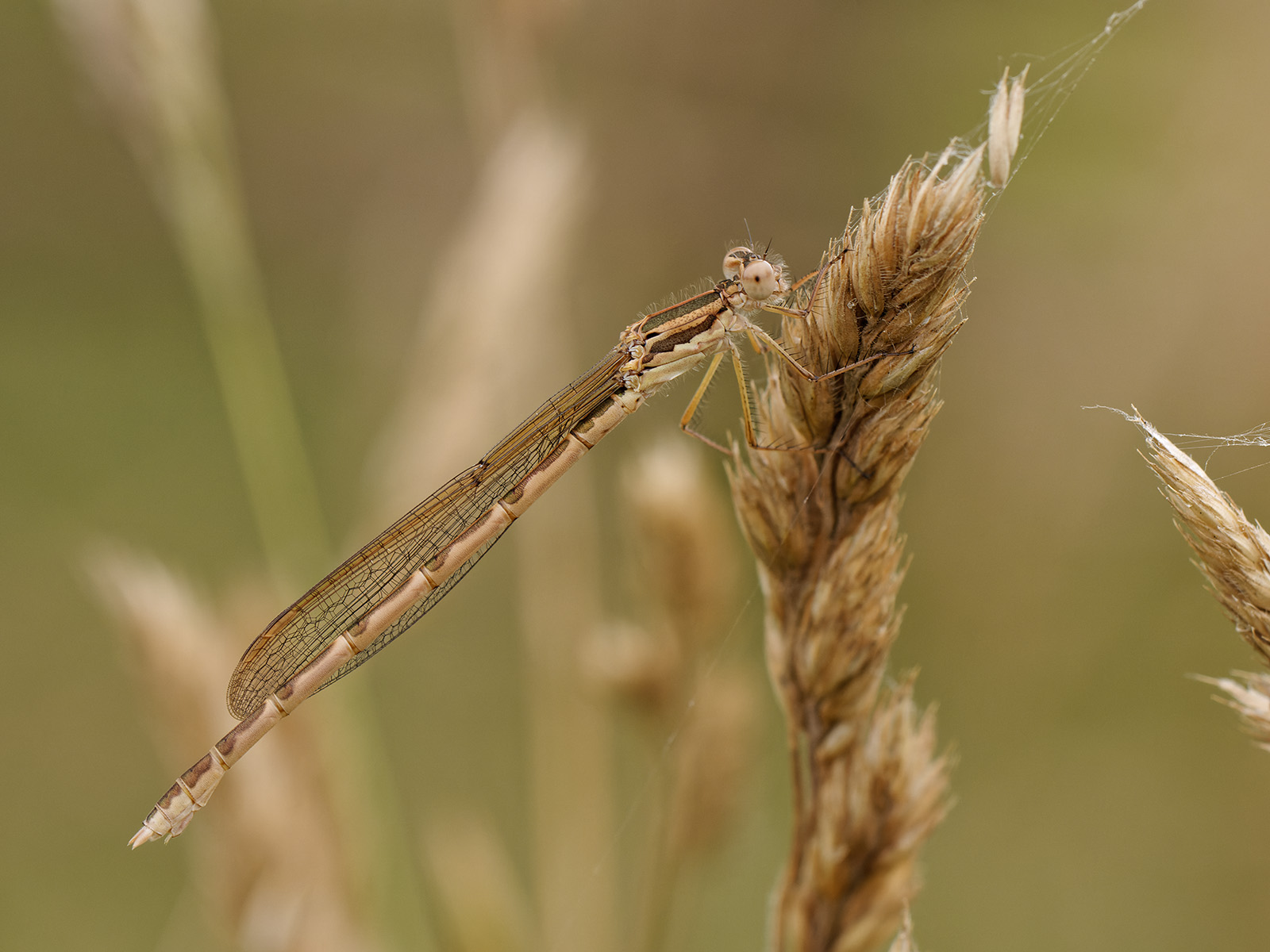 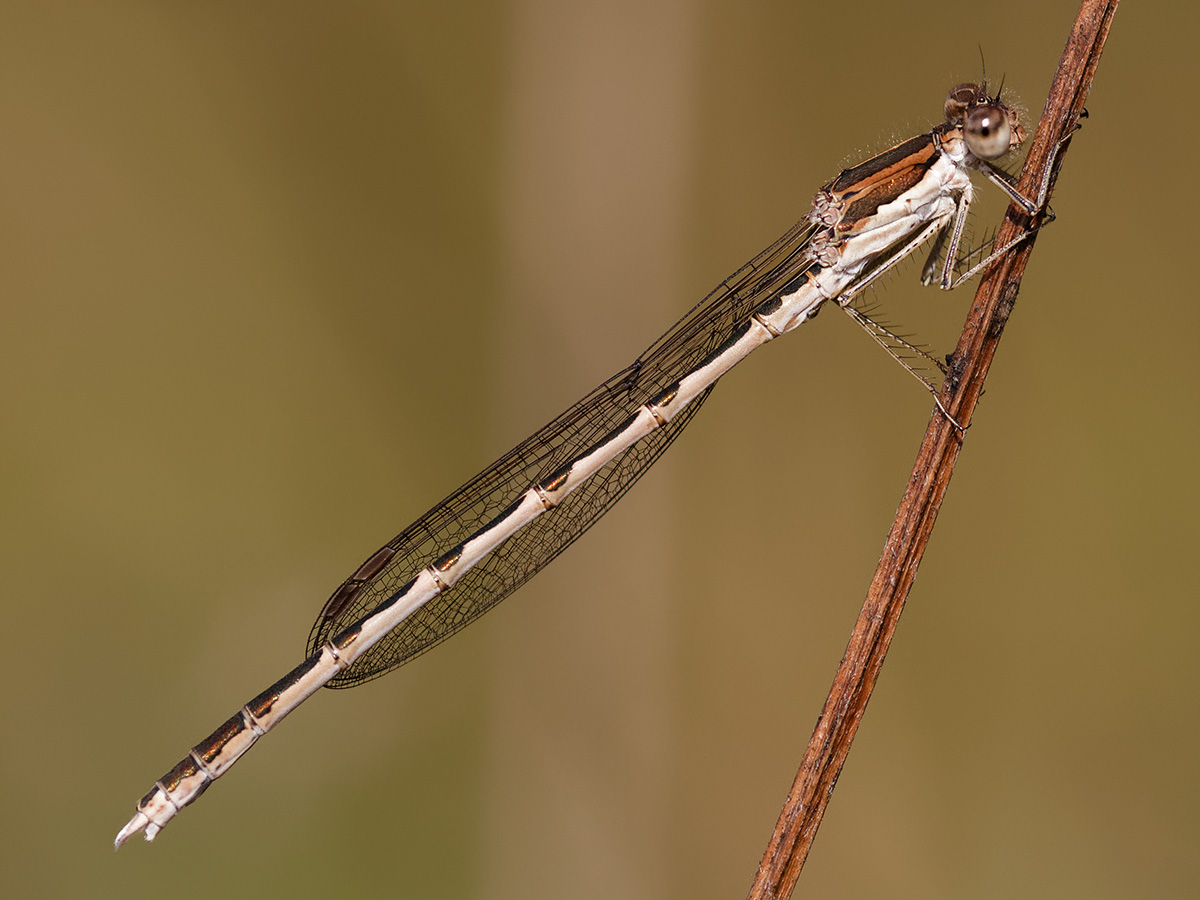 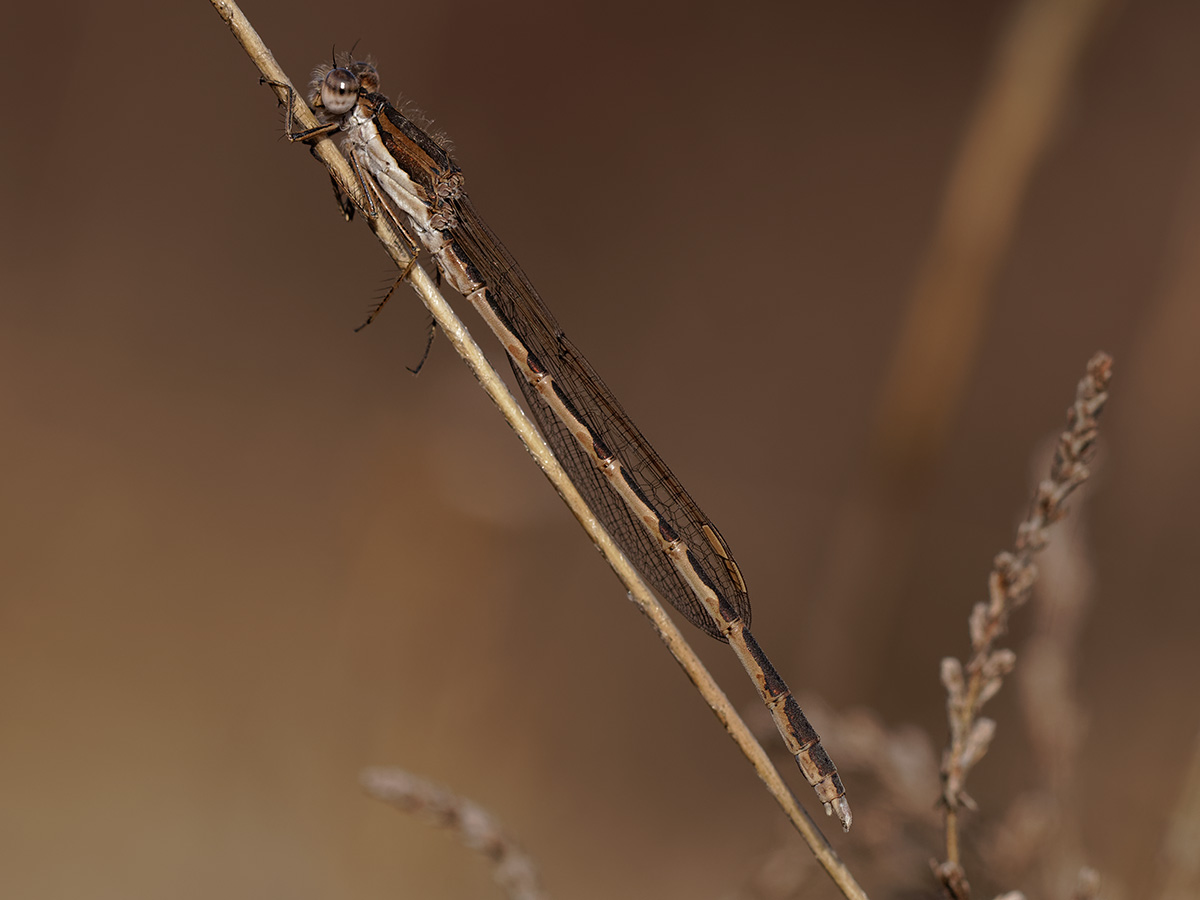 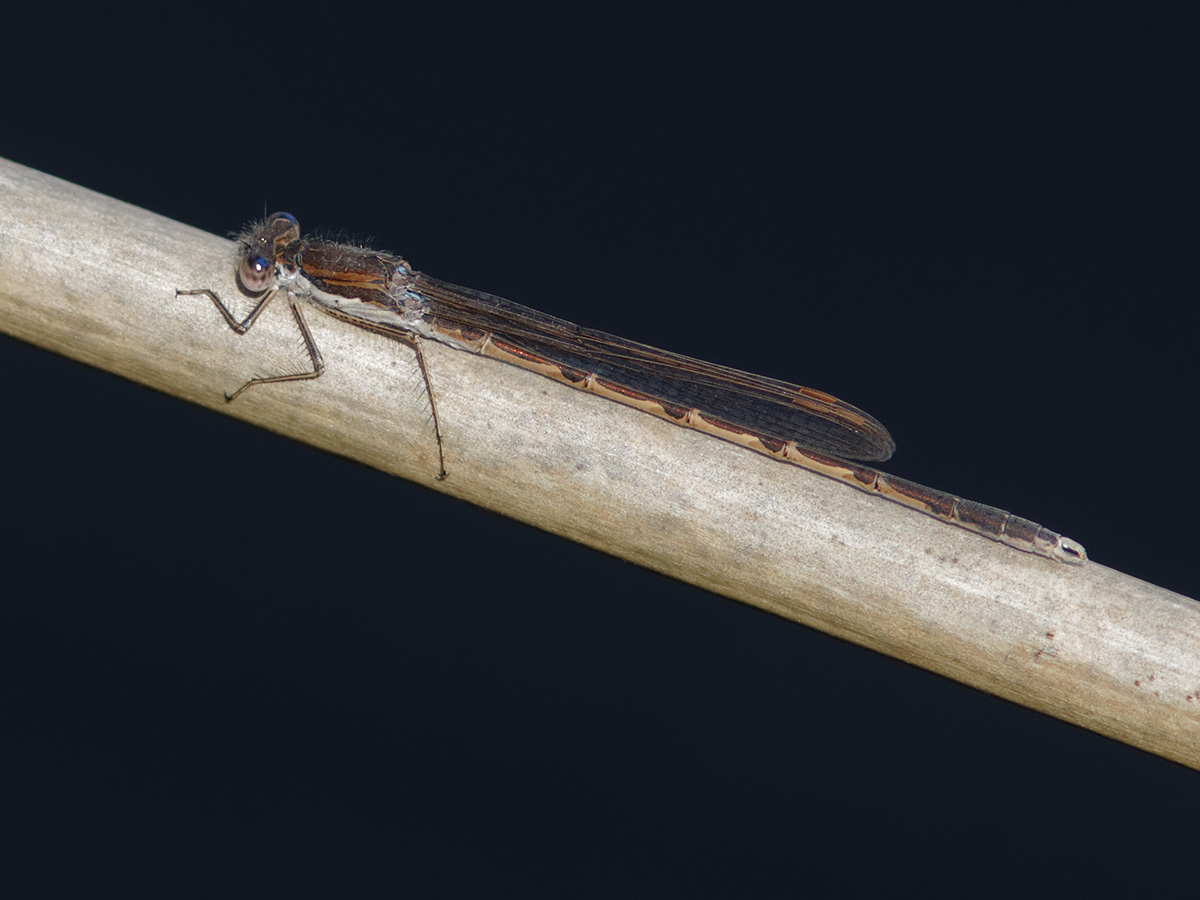 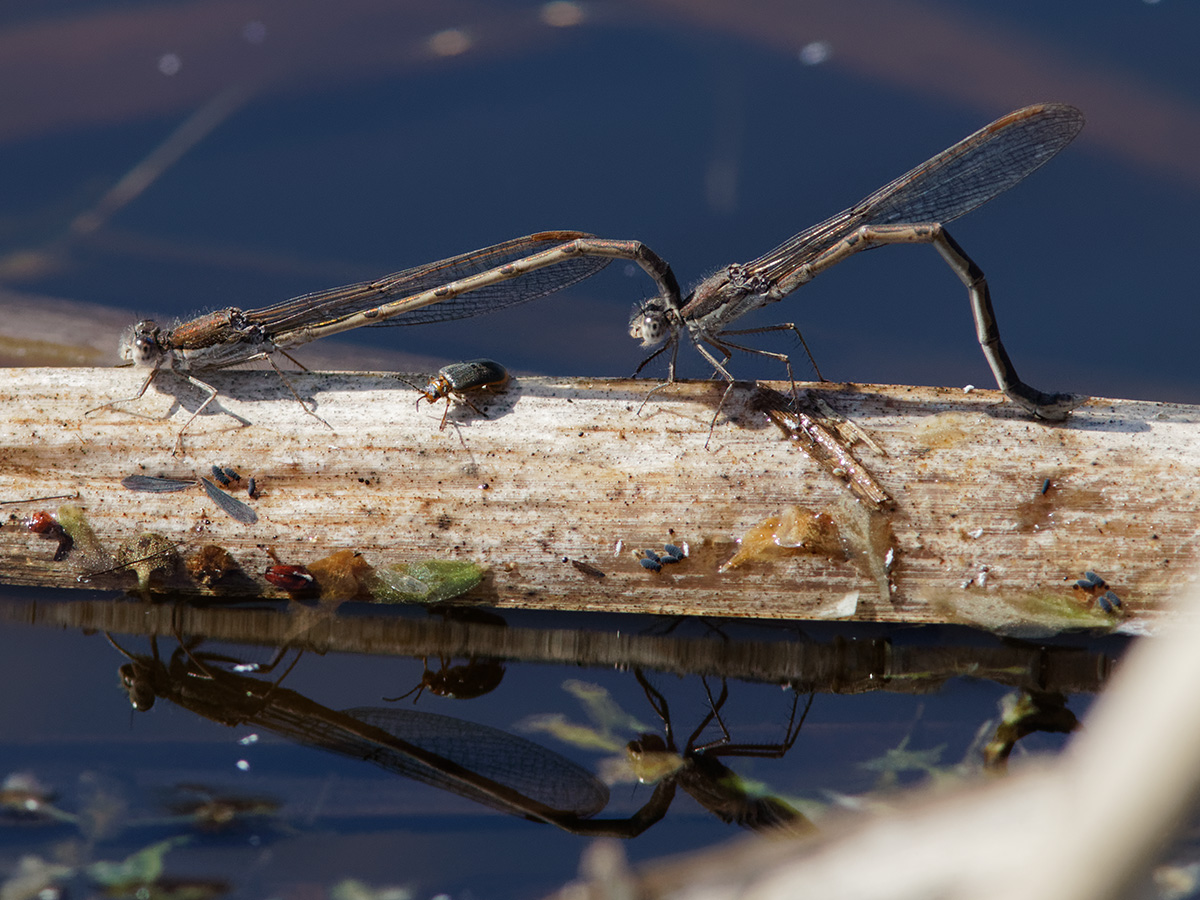 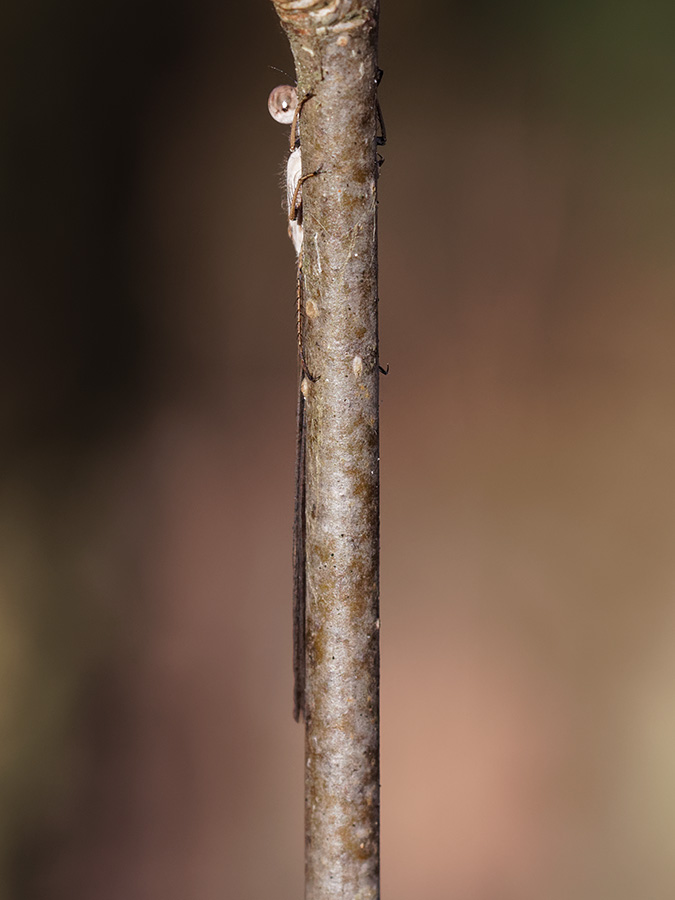