Leucorrhinia rubicunda (Ruby Whiteface) has a more strictly northern geographical range compared to the other whitefaces. It’s also less picky with regard to habitat than any of the other Leucorrhinia species in our range.
Ruby Whitefaces are among the first dragonflies to emerge in spring and often do so in large numbers. Their flight period starts earlier than that of Leucorrhinia dubia (Small Whiteface) but overlaps. Ruby Whiteface imagoes have completely yellow costas (leading wing veins), a diagnostic feature that can be used to distinguish them from the slightly smaller but similar looking Small Whiteface. Immature female Ruby Whitefaces can have smokey brown wings. 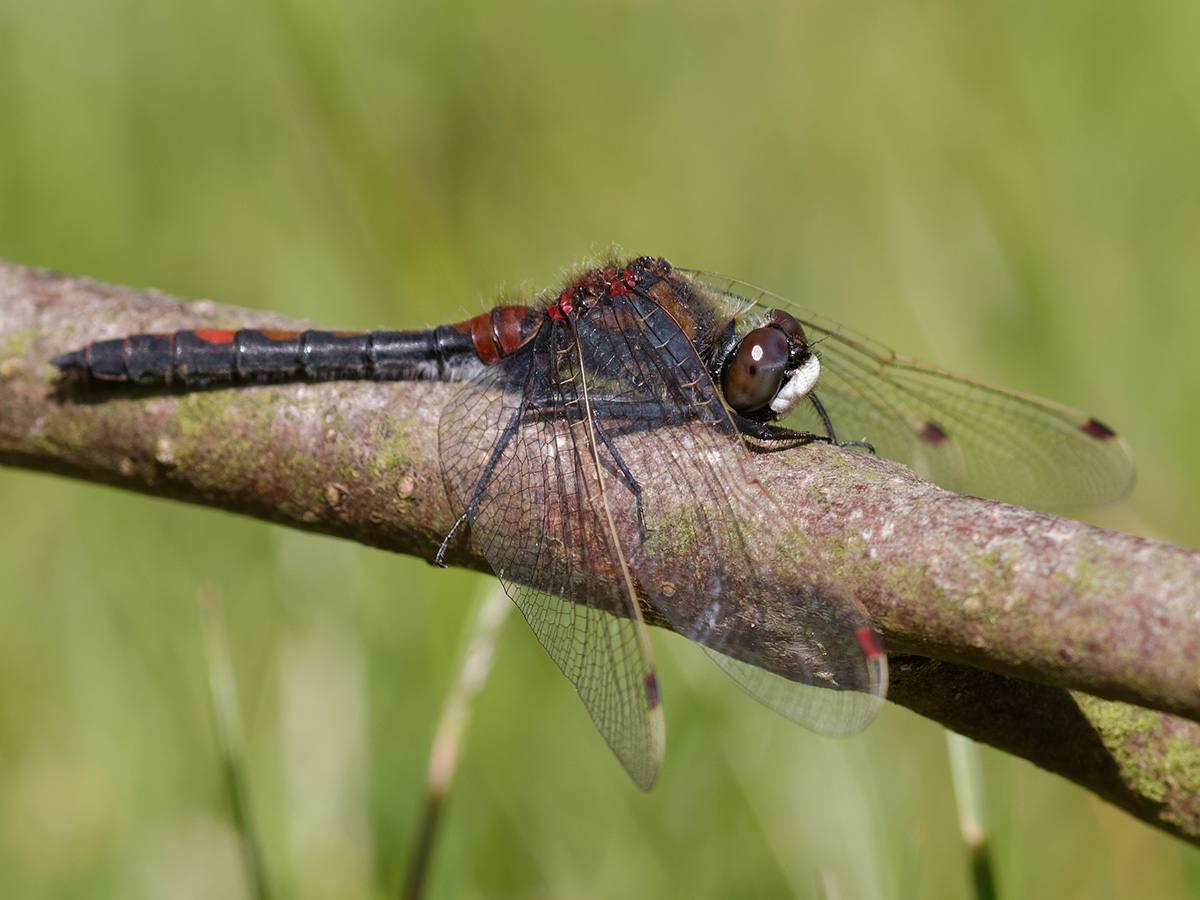 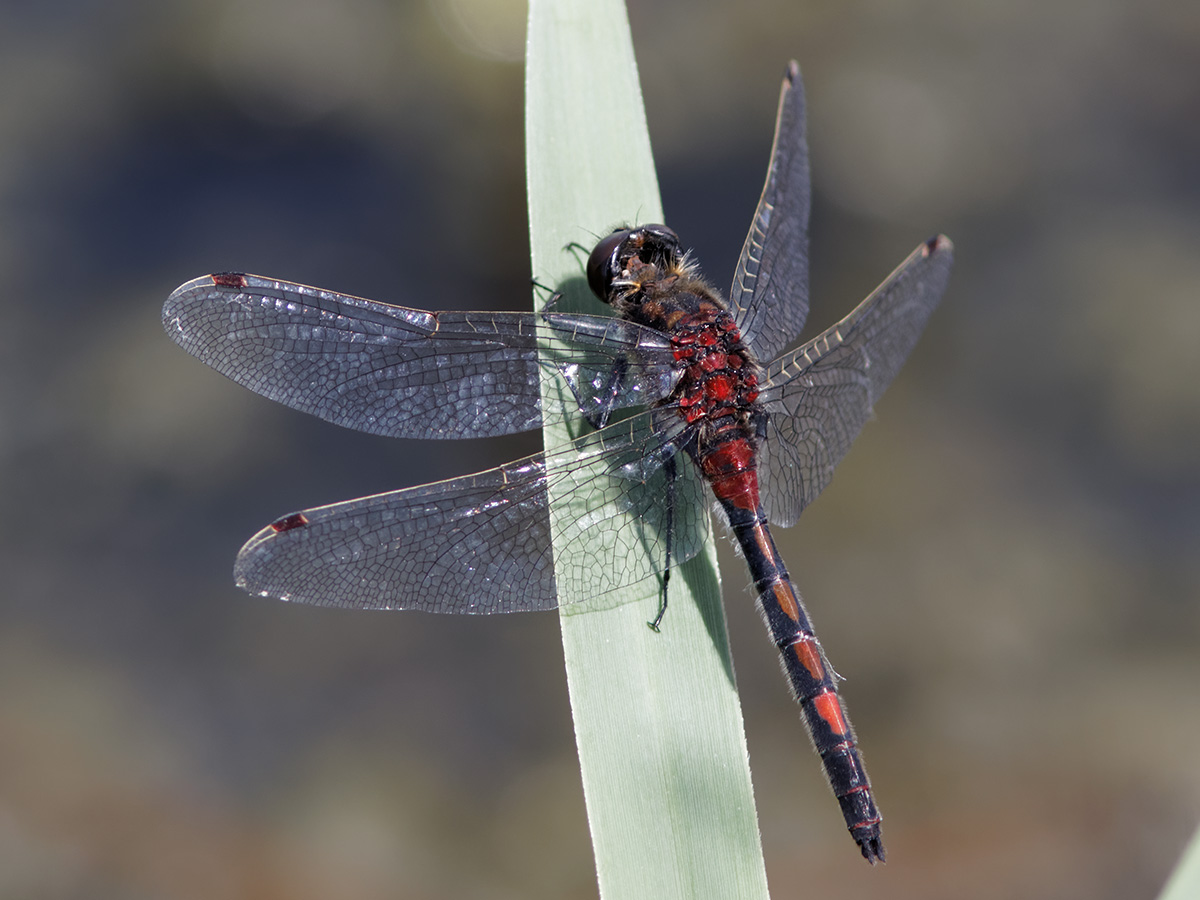 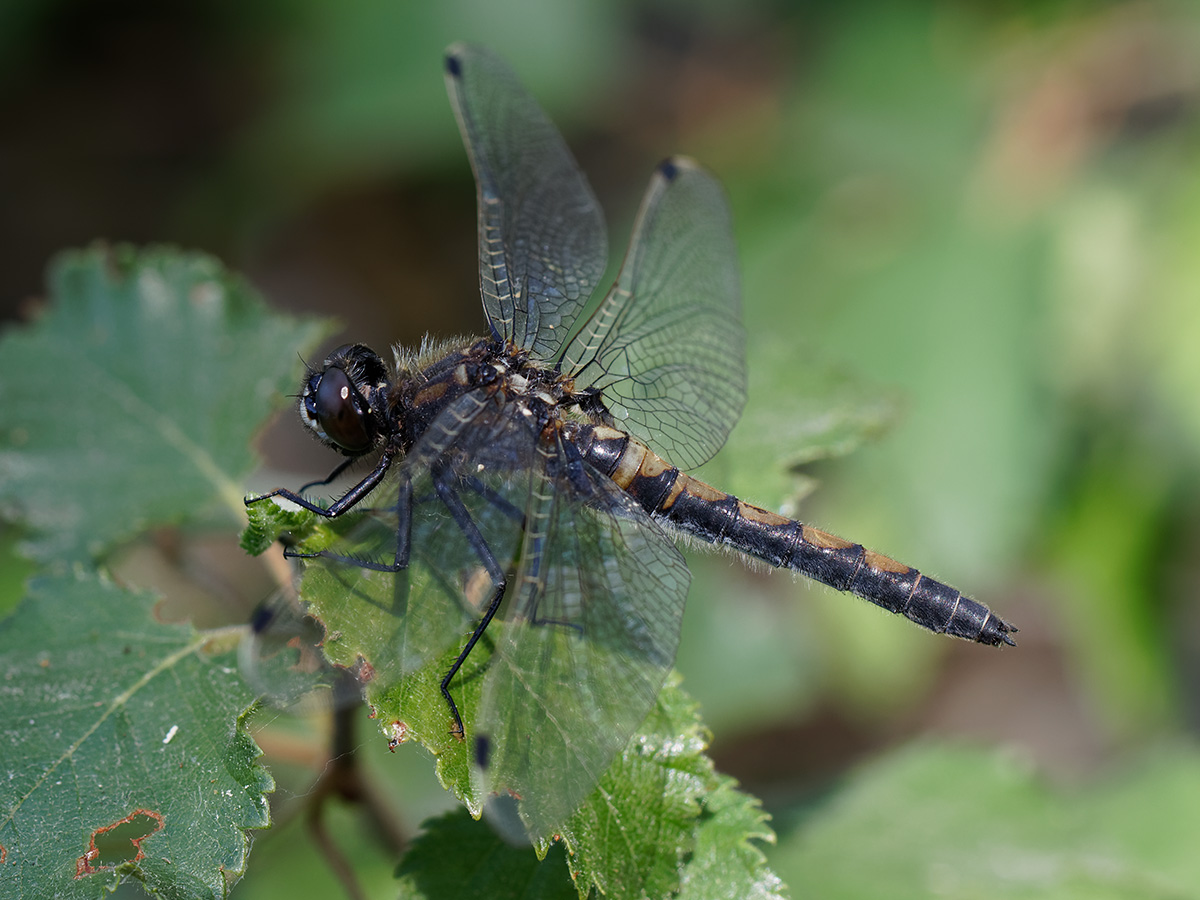 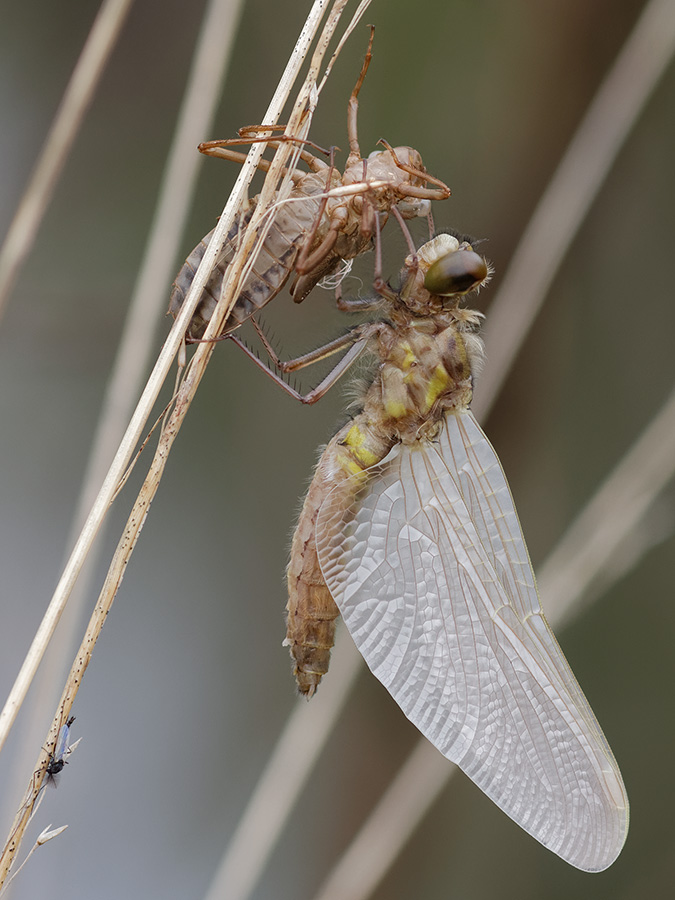 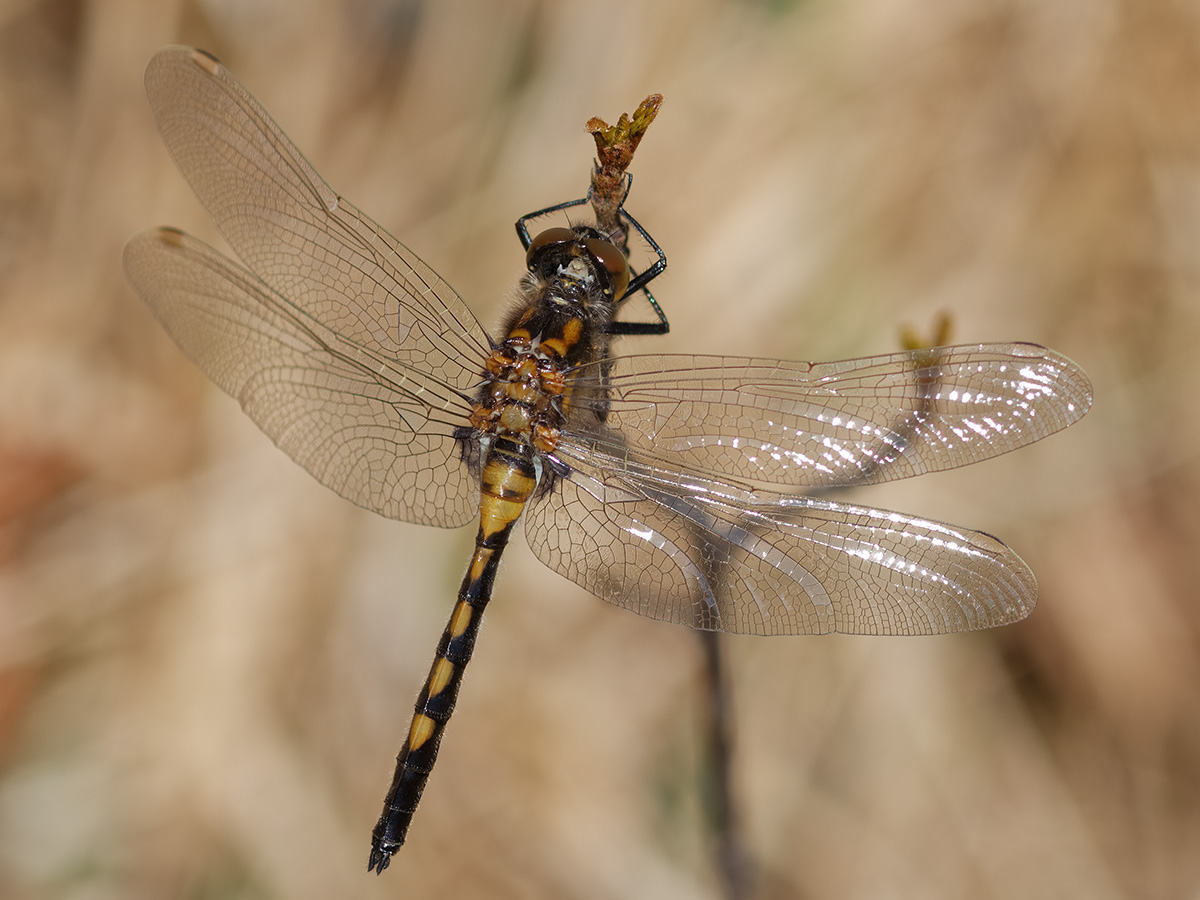 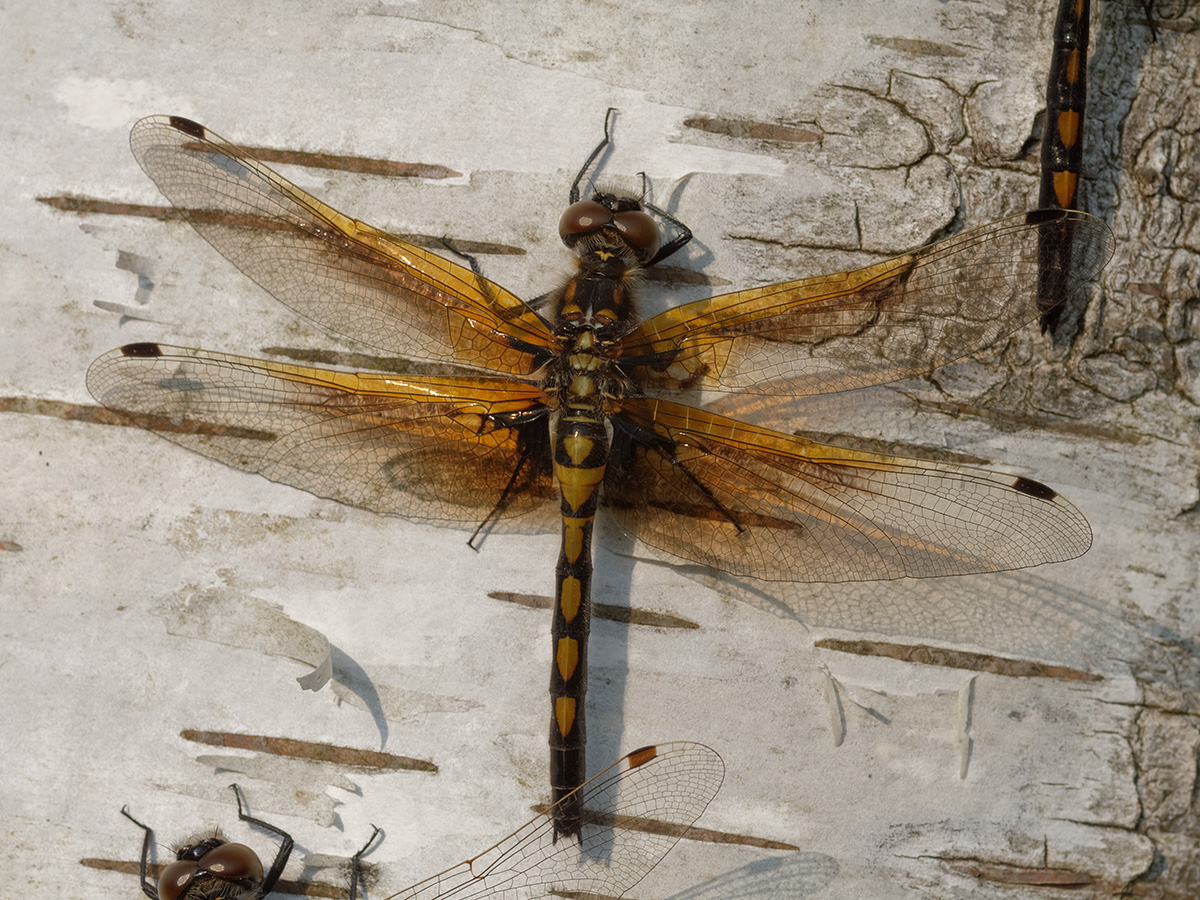 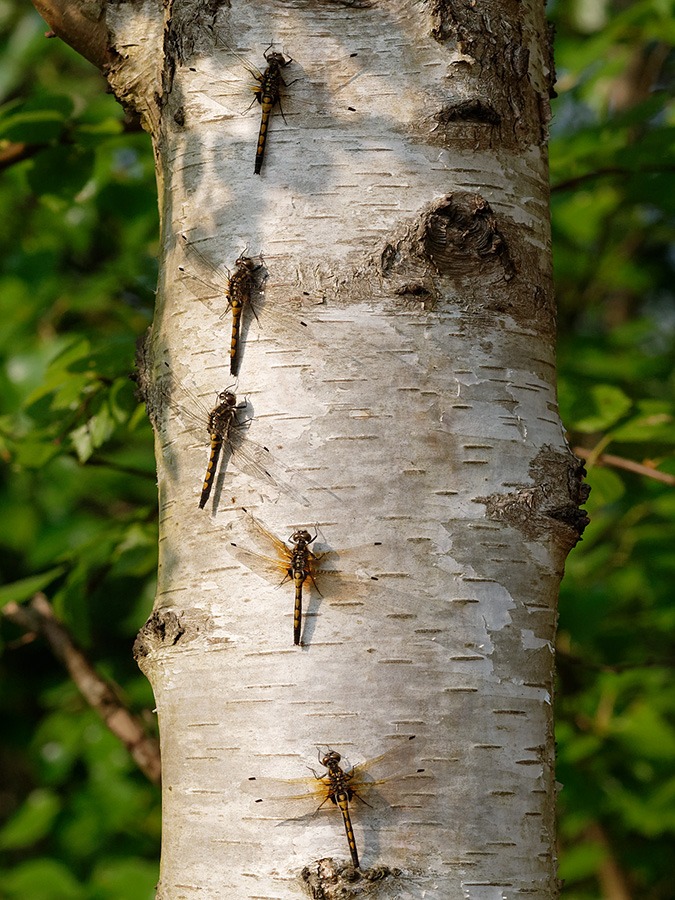